Foreign ownership of Australian property has become an emotionally charged issue: only look back at all the discussions that happened last year.

Of course, there is nothing new about foreign investment in Australia.

It dates back to when we first became a colony and has continued ever since, but there were some changes made last year.

In a recent show on Real Estate Talk  I got an expert’s opinion on what all this  means for property in Australia.

Here’s a transcript of the interview

(or scroll to the top to listen to the podcast)

Kevin: Michael, firstly just tell us what the FIRB changes meant last year and how do you think they’re going to impact the market.

Michael:  Kevin, I think these came around for a couple of reasons, including the fact that as the property markets in Melbourne and Sydney grew very strongly last year, in particular, many were pointing their finger at foreign buyers.

But really, foreign buyers have been restricted: nonresident foreign investors aren’t allowed to buy an existing home; they can only buy new homes, apartments, off-the-plan properties, or vacant properties.

Or if they’re living in Australia for no more than 12 months, they can buy a home and then they have to sell it when they leave.

There was the presumption, that hasn’t been proven, that some people broke these rules.

So in December last year, the Foreign Investment Review Board brought down some strong penalties, some financial and even jail terms for people who broke the laws, and they gave an amnesty period of about six months for people who had already broken them to sell off the properties without any of those fines.

Kevin:  What are they buying, Michael?

Michael:  Last year, the National Australia Bank’s survey showed that in the September quarter, 19% of all new apartments, 15% of all new homes, were purchased by foreign buyers.

Interestingly, what raised some eyebrows despite the restrictions on foreign investment was that the NAB survey also found foreign investors accounted for a significantly higher number of established property purchases.

Kevin:  There is a lot of emotion about this issue, and I mentioned that at the outset.

Are foreign investors really pushing up property prices because this is one of the arguments, isn’t it?

Michael:  Of course, it is.

Our relatively cheap Australian dollar, a new middle class of Chinese people who fear the future a little bit and are looking for a flight of security for their money to accompany where there’s a safe economic, safe political environment has definitely caused people to invest in Australia. 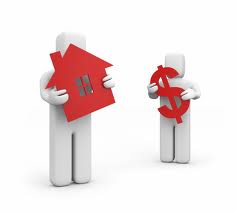 They have different criteria than the local investors, but that doesn’t necessarily mean that foreign buyers are pushing up our markets.

Research last year by the University of New South Wales showed that offshore Chinese purchases totalled just 2% of all the transactions in 2014.

Kevin, this figure is so low, it would really be hard to argue that foreign investment is driving up affordability around Australia.

They may be driving up the price of off-the-plan and  new properties, but not the value of  your home and my home.

Kevin:  There are pros and cons to all issues, Michael. Do we really need foreign investment?

Michael: What happened was the Australian government’s policy was to encourage foreign investment in residential real estate because number one, they wanted to increase the supply of housing for our growing population, and clearly, it’s doing that.

But they also wanted construction to shore up our economy as the mining boom started to dwindle down, and it’s done that as well.

But I guess with the up side, there are probably some down sides.

Kevin:  What is the down side?

Michael:  I think currently, we’re now going to get an oversupply of apartments, especially in the CBDs of Melbourne and Sydney because the foreign developers are building sometimes the wrong sort of properties with different criteria and they have different levels of funding.

They’re going full steam ahead, building some properties and we’re going to end up with too many of them.

And many of them are going to be a bit small and built to a poor standard. I see that they could be the slums of the future.

The other problem is that we’re now getting a large number of those big monoliths that are almost 100% owned by investors, not owner-occupiers.

This is going to create competition for tenants, and it could create a period of quite a number of years of no capital growth or rental growth in those big inner city markets due to the oversupply.

The other thing is that some local investors got a bit carried away seeing all these other properties being sold to foreigners and hopped on the bandwagon maybe a little bit too late.

Kevin:  What are some of the signs that local investors should be wary of?

Michael:  They should avoid locations that are predominated by foreign investors.

This is no disrespect to the foreign investors, but I think the problem is imagine those big high-rise buildings where they have an owner’s corporation meeting and all the owners are overseas.

I don’t know one new high-rise building that hasn’t had water issues with their balconies. Imagine trying to get the levies out of all these overseas investors.

I’d also avoid locations close to where we’re going to have an oversupply.

I believe there are still opportunities in 2016 in real estate, but maybe not in those new and off-the-plan high-rise markets, Kevin

'Are greedy foreign property investors pushing up the price of property? [Podcast]' have no comments