Our property markets are moving on providing strong growth in selected markets according to John Edwards, Founder of Residex

His latest blog reveals that there are a number of significant news stories to be told and depending on which way you look at things, the news could be good or bad.

If you are anxious for personal wealth gains and you are invested in housing, the May statistics reveal that most markets have produced growth in housing values. On the other hand, if you are trying to get funds together to buy a house then the news is not so positive.

Rents are rising, house prices are increasing and home savings deposits are growing at a lower rate. In fact, after tax savings will not be keeping up with House Price Inflation.

For the retired population that rely on investment income, wealth will have decreased due to the share market adjusting down and reducing interest rates.

International exporters, manufacturers and farmers should have a twinkle in their eye as the Australian dollar has adjusted down from its high. This means prospects are looking brighter as you have become more competitive.

A significant landmark was achieved in May. The cost of the median house in Sydney is now more than $700,000.

If growth continues at an annual rate of just 5.2 per cent per annum, which is a likely outcome and is less than the Residex model predicts, the Sydney median house price will rise to $1 million over the next seven years. In fact, the Residex predictive model suggests this outcome will be achieved a year earlier, by 2019. 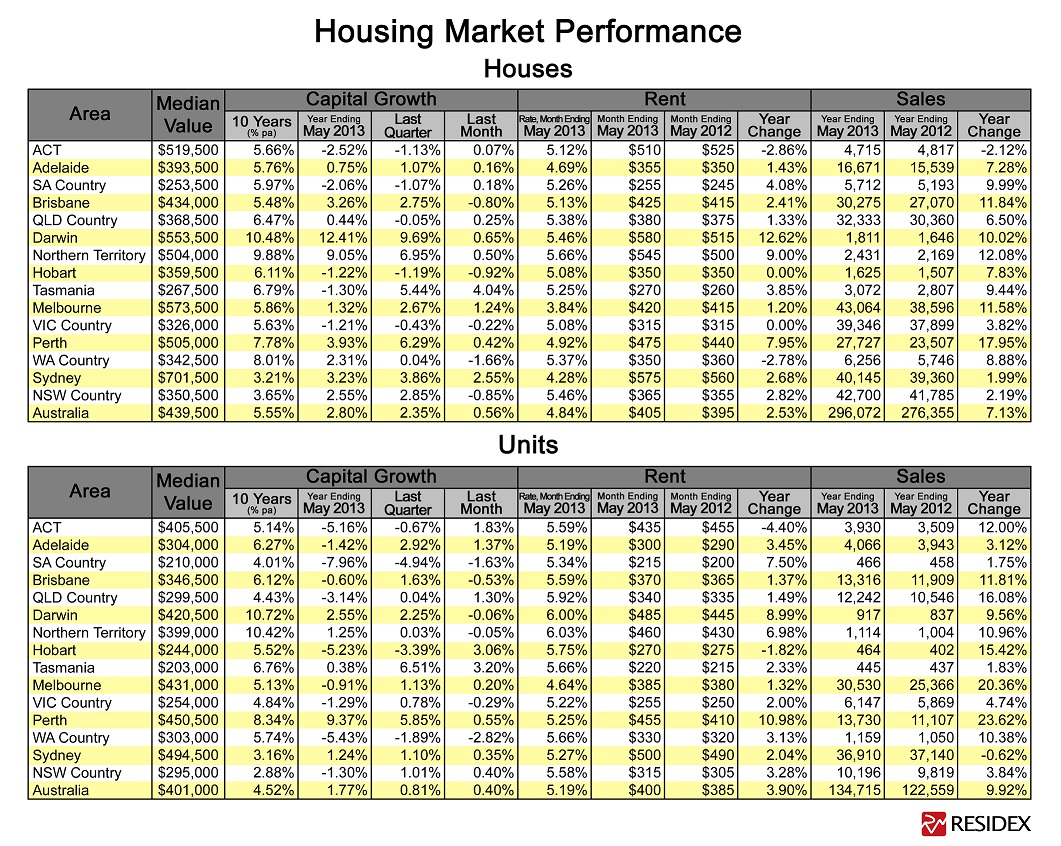 Edwards makes the following points about these statistics

'Good news for property investors in Residex’s latest figures.' have no comments