And while this is good news for home owners and property investors and puts another nail in the coffin of property doomsayers, it doesn’t mean property prices are going to rise. While property may be affordable most people are still a little nervous and until market sentiment improves I can’t see a major movement in our overall property markets.

“Now is a great time to buy for those who are financially set to take that decision,” Harley Dale said. 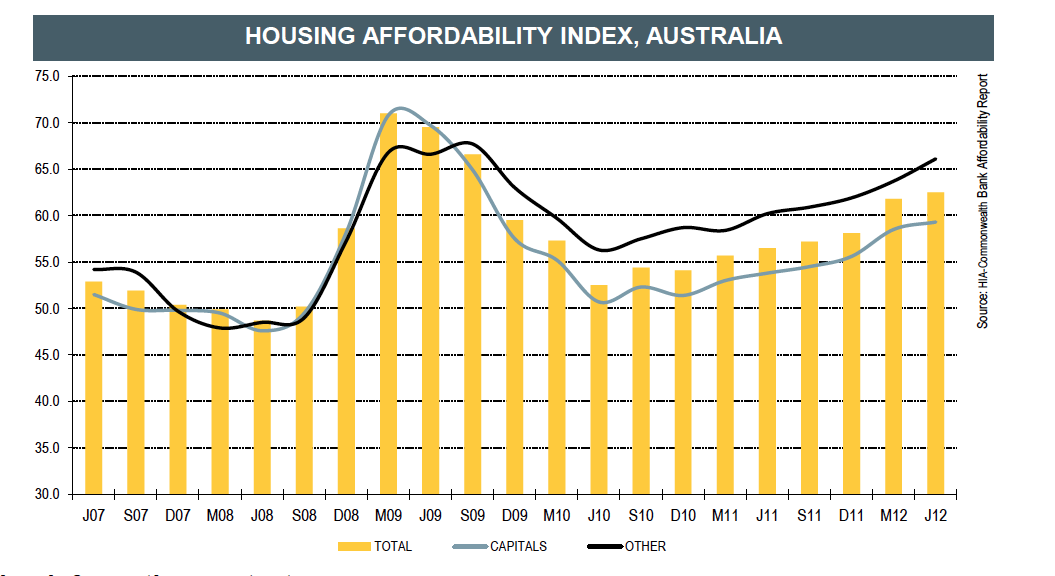 “The recent improvement in affordability is welcome news for those trying to get a foothold into or advance within the housing market,” said Harley Dale. “It is also an encouraging bright spot for an industry that, in terms of current activity, remains a clear area of weakness within the Australian economy.”

“The improvement in housing affordability is largely cyclical and there remains considerable work to be done to address the high and inefficient taxation embedded in housing, especially for new homes. Policy reform remains very slow, to the detriment of households, businesses, and overall economic performance,” added Harley Dale.

As Michael Matusik  so eloquently put it at our recent Brisbane seminar – property is affordable but undesirable.

Increasing affordability, higher rents and an undersupply of dwellings will underpin our property markets and ensure the cycle moves on.

'Good news continues for housing affordability' have no comments