And most of the time their best forecasters are blown out of the water by unexpected factors that sneak in.

Well…Bill Evans, chief economist of Westpac has been even braver!

He’s written the “year that was” for in 12 months time.

The year started with markets successfully coming to terms with the first rate hike from the Federal Reserve since 2006. 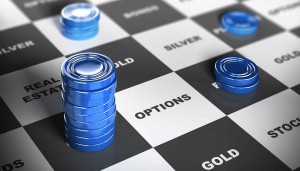 The language from the statement on December 16 and associated speeches from various officials emphasised that markets were not to expect the style of the three previous tightening cycles which lasted around a year and saw rates lifted by 200-300 basis points.

However, it became increasingly clear that the US economy, led by the household sector, was beginning to gather some momentum.

Accordingly, markets started to anticipate a more marked pace of tightening through 2016 and 2017 than had been anticipated in 2015.

In the early months, these anticipations proved to be prescient as the US household sector responded to strong jobs growth; low oil prices and an improving housing market.

In the event, the US economy seemed reasonably resilient to higher rates and a rising USD with the FED actually tightening on four occasions – the last move in December.

The US share market also responded to the improving growth outlook.

The share market, which had been flat in 2015, reacted maturely, accepting that a modest uplift in interest rates right across the curve was really just consistent with the return toward more normal financial conditions (as opposed to the QE period) and bond rates more accurately reflected growth and inflation expectations.

In turn, those growth expectations improved steadily through the year while inflation settled around the FED’s target of 2%.

Such an environment provided a gradual boost to the US dollar although markets had already boosted the US dollar strongly (up 25%) in the previous two years in anticipation of the FED’s first move.

Further dollar strength of around 10% did not unnecessarily constrain the consumer led boost to the US economy.

However, in the first half of the year, this boost to US demand had not been sufficient to stabilise commodity markets. The volatile downswing in commodity prices continued through the first half
of 2016, albeit at a slower pace than we had seen in the closing months of 2015.

On the other hand, policies directed at boosting consumption were proving to be successful.

The rebalancing of China’s economy progressed further in 2016

Prices for these producers remained above production costs although profits were squeezed.

The resulting weakness in commodity prices weighed further on the currencies and incomes of the commodity exporting economies.

Those emerging economies like Brazil; Russia; Indonesia and Malaysia with high levels of dollar based borrowings and reliance on commodities were caught in the pincer effect of weakening incomes and rising costs of funding foreign debt.

Those economies which relied on manufacturing goods (including other ASEAN; other East Asia) and exports to the US consumer did much better seeing their currencies stabilise and interest rates relatively steady.

Other emerging markets which relied mainly on domestic demand and were prepared to embrace reform, like India, boosted growth.

Europe stabilised at a better growth rate than had been expected at the beginning of the year.

European households continued to embrace lower oil prices; record low interest rates and easier credit and the fall in the EUR to around parity with the USD boosted exports, particularly consumer based exports to the US
and China.

Fears about a break-up of the Euro system eased as the region’s growth momentum improved.

Australia was dealt the following “hand” by the rest of the world: slowly rising interest rates particularly in the long end of the curve (courtesy of the US Federal Reserve); a weakening AUD (down around 10% in the first half of the year); further falls in commodity prices leading to another 10% fall in its terms of trade and an improvement in equity markets as US and European markets provided a positive lead – although in the first half of the year the resources sector continued to languish.

Markets were longing for a stabilisation in commodity prices and by mid -year some difficulties in supply chains in the oil sector and an unexpected moderation in supply from traditional producers; a sharp lift in closures of high cost Chinese iron ore mines and the on -going boost from the US consumer improved prospects of stability in the second half.

Equity markets quickly seized on those prospects for stability.

The downward momentum in the terms of trade through the first half of the year constrained income growth for the third year in a row.

Australian households managed to maintain spending at a faster pace than expected by further lowering the savings rate given the services driven boost to employment growth and surprising stability in housing markets.

Poorest housing performance over the year was centered around Western Australia and regional Queensland reflecting the ongoing stresses in those economies with the unwinding of the mining boom.

The so called “overheated” markets in Sydney and Melbourne showed some pockets of weakness but generally disappointed the doomsayers.

As commodity supply adjusted to the weaker demand conditions the focus was gradually taken off the resources link to focus on services exports and capital flows.

Developments in China continued to be favourable to those latter channels.

Tourism and education continued to increase rapidly, especially in NSW and Victoria, while there was no slowing in direct investment interest in Australia by Chinese households and firms.

Offshore investment demand in residential and commercial property took up where it left off in 2015.

House price appreciation slowed markedly but there was no sign of falls, except in some pockets directly a

ffected by the mining downturn.

Home owners and investors enjoyed a year of reasonable calm in the housing market.

The Reserve Bank of Australia, wary of the impact of the commodity cycle on Australia, held rates steady for the entire year.

However, as markets began to observe some stability in commodity markets, prospects for an eventual rate hike in Australia started to firm with the most likely timing centering on mid–2017.

The new Liberal leadership aimed at boosting confidence which would mean a stronger spending response than might be expected given the income squeeze from the weaker terms of trade.

There was no “big bang” in the Budget

Despite much talk about increasing the GST; cutting the company tax rate; and yet another overhaul of superannuation, the government steered a much more conservative course.

The fiscal objective was not to target a “surplus” date but to demonstrate that the deficit was gradually shrinking, greatly assisted by reasonable anticipation of stability in commodity markets from around mid–year.

Opportunities were taken to introduce “positive growth” packages such as more funds for infrastructure; innovation and education.

Markets were more focused on policies and the election than some need for rapid Budget repair.

Australia retained its AAA rating for another year particularly as it became clear through the year that the commodity cycle was stabilising.

Sadly neither political party was prepared to address reform of the labour market, arguably Australia’s most pressing need.

Local election forecasts are beyond the scope of even this report.

The US election delivered an unsurprising result with the return of the Clinton dynasty.

Hilary Clinton defeated a spirited Marco Rubio, who was exhausted and financially drained by his campaign to stop Donald Trump in the Republican primaries.

As we enter 2017, we acknowledge that, arguably, the three most powerful positions on the planet – US President; the Chancellor of Germany; and the Chairman of the Federal Reserve are now held by great women.

Now that’s Bill Evans’ predictions for 2016 – what are yours? Please leave your comments below

'What Are We Going To Be Saying About The Year That Was in 12 Months Time?' have no comments