Ghost towers are springing up across Sydney. 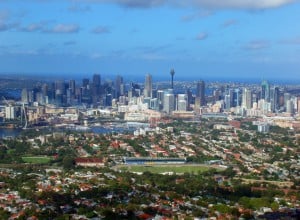 In other words, by the end of this year around 54,000 new apartments will have flooded the Sydney market over a 2 year period,

This has obviously led to an oversupply of apartments for sale and for rent.

And this couldn’t come at a worse time as buyers are losing confidence in the new apartment market because of concerns of poor workmanship haunt buildings in a different way.

To get a better understanding of what’s going on and what it means to property investors I get the lowdown from Dr. Andrew Wilson, Australia’s leading housing economist and chief economist of MyHousingMarket.com.au