House sellers are losing out on $90,452 on average if a property lacks street appeal, new research by finder.com.au, one of Australia’s biggest comparison websites, reveals.

The survey by finder.com.au found that nine out of 10 Australians would offer below a property’s asking price if the exterior was not appealing – with house hunters offering 13%, o 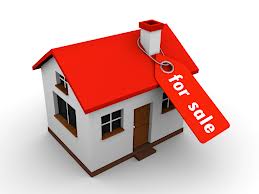 n average, below the asking price if dissatisfied with the property from the outside.

A third of property buyers said they would offer 15-20% if they were unimpressed by the exterior of a property.

While some eight percent admit they would knock a quarter (25%) off the asking price when making an offer on a property that looked unappealing from the street – this equates to a staggering $173,947 off the median Australian house price.

Sellers could be left bitterly disappointed with offers if the kerb appeal of a listed property is not up to expectations.

That’s money down the drain because of a bad first impression.

Queensland residents were the most likely to get deterred by untidy property exteriors.

Queenslanders would discount their offers the most – 15% on average,” Ms Hassan says.

In addition, Queenslanders were most inclined to offer 25% less than the asking price if dissatisfied with a property’s appearance, with 13 percent of buyers prepared to drop their offers drastically.

On the other hand, both New South Wales and Victorian residents were least concerned with the street appeal of a property.

Just five percent of New South Wales residents and eight percent of Victorians would slash 25% off a property’s asking price if not up to expectation.

This comes as the latest Australian Bureau of Statistics figures reveal property price growth has stalled.

“With some states recording price drops and others experiencing little growth it’s never been more important to consider how the exterior of your property might cause a backward slide on offers.

Sellers should look for ways to boost their property’s kerb appeal.

Minor tasks such as installing a new fence, painting the front facade, investing in a modern letterbox, sprucing up your outdoor pathway or replacing the front door with a more modern one, can make a significant difference. A bit of effort can go a long way where dollars are concerned.”

The majority of both men and women would offer about 10% less on a property due to poor kerb appeal.

Slightly more men than women were undeterred by an untidy exterior – 14 percent of men versus 11 percent of women said if they found the exterior of a property off-putting it wouldn’t affect the price they would offer.

Men would discount their offer the most with 19 percent slashing a quarter off the asking price due to bad street appeal (compared to 14 percent of women).

The majority of Australian Capital Territory residents would knock 10% off an offer if a property lacks kerb appeal.

Tasmanians were most likely to not let street appeal affect their offer on a home.

New South Wales wanna-be buyers were the most inclined to only knock about 5% off their offer based on a poor looking exterior.

Queenslanders would discount their offers the most – 15% on average.

One in four West Australians would offer about 20% less than asking price thanks to an unappealing exterior.

Tips on how to maximise your home’s street appeal:

Touch up any cracked or peeling paint around windows or fascias and be sure the windows are sparkling clean.

Spruce up the garden

Be sure the garden is neat and tidy. 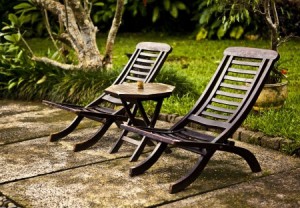 Pull out any weeds and refresh any mulch you have in garden beds.

If you have grass in the front yard, mow it at a higher setting so it looks neat.

Using a lower setting on your mower can expose sections of dirt in the lawn which give a dirty appearance.

Trim back any overhanging trees or bushes, especially if they block any view of the home from the street.

Appeal to the buyer’s sense of smell

When selling a property you should leverage the influence of smell, as this can enhance the prospective buyer’s experience of your home.

Lavender, for example, has a positive and calming effect.

'First impressions count when selling your home: $90,452 to be exact' have no comments