First home buyers have given up on buying compared with last year according to the recent finder.com.au Home Loan Insights Survey.

Despite no change to the official cash rate, more Australians have given up on the property market with triple the number of first home buyers preferring to rent than commit to a mortgage.

The survey of more than 1,000 Australians found that almost one in three (32 percent) would prefer to rent than commit to buying a property.

This is compared to last year’s survey where just one in 10 (10 percent) would rather rent than buy.

There was also an increase in the number of Australians who are staying home, with 14 percent admitting that it’s easier to live with their parents, compared with 10 percent last year.

“Saving enough for a deposit is still the biggest concern for prospective homebuyers, with about two in five (38 percent) finding it difficult to save.
Although this has dropped from the survey results last year, where 51 percent of respondents couldn’t save enough for a deposit”.

The survey showed a positive sign of improved consumer confidence, as fewer Australians are concerned they won’t be able to meet mortgage repayments – 16 percent as opposed to 29 percent last year.

This mood is likely to change, with the Reserve Bank Survey forecasting interest rates to rise next year.

The property market is also earmarked to continue rising through 2015, while most of the 37 experts on the panel (64 percent) are expecting the same number of first home buyers to hit the market.

“This is concerning because it’s the lowest level of first home buyers we’ve ever seen.
In fact, the latest Housing Finance figures from the Australian Bureau of Statistics (ABS) analysed by finder.com.au shows that the proportion of first home buyers hit a new low of 11.98 percent out of all home loans financed in September 2014″.

“There is still hope for first home buyers who want to get into the property market.
Property is one of the safest and best long-term investments because it’s likely to rise in value over a long period of time, so it’s worth considering your options”.

“Most lenders will allow you to borrow 95 percent of the property value and capitalise lenders mortgage insurance into the loan, which means a deposit of just $15,000 for a $300,000 property.
Interest rates are at record lows, starting at 4.48 percent for variable (by Loans.com.au) and 4.49 percent for three-year fixed terms (by Newcastle Permanent) and with rates expected to rise it’s likely to be the cheapest time to afford a mortgage”. 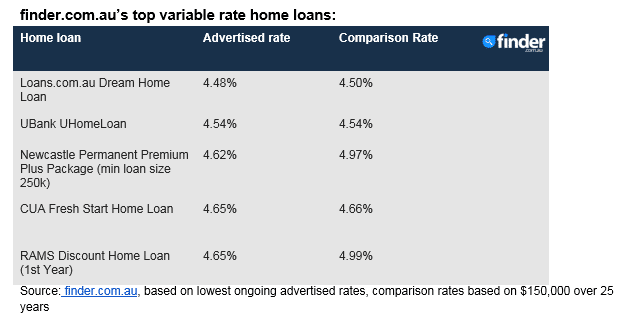 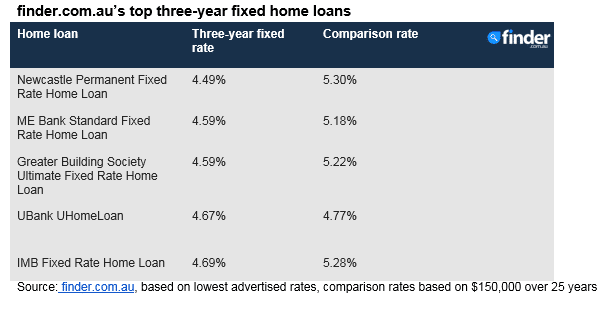