First home buyers back at highest level in almost a decade

New data from the Australian Bureau of Statistics (ABS) has revealed that home loan demand rose in November 2019.

While lending improved overall the figures show first home buyers are back with a bang, posting a 19.71 per cent increase in the value of new owner-occupier loans taken out in November, year on year, in seasonally-adjusted terms.

This is the highest level of new lending for first home buyers since October 2009 – almost a decade.

“The fall over the month may be because first-time buyers were holding back from putting their buying plans in action as they waited for the Government’s First Home Loan Deposit Scheme to become available in January,”

According to the ABS, 39,661 home loans to owner-occupiers were approved throughout the month of November.

On the other hand lending to investors slipped back slightly in November, with the value of new loans falling 3.24 per cent year on year.

This isn't because of lack of investor interest - they're still finding it hard to convince the banks to lend them money.

“First home buyers have made a comeback in the past year, with close to 20 per cent more borrowing compared to the year before, as the stars aligned for them,” he said. 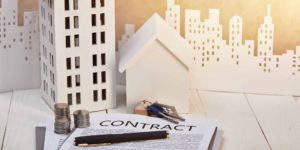 “Three RBA rate cuts, a housing market that had lost some steam, and changes to serviceability increased the borrowing capacity for some people – a perfect storm for first homebuyers.

“November saw the highest level of new borrowing on record since October 2009 – around the same time the governments’ first home owner boost ended.

“While we haven’t returned to the peak of first home buyer levels, we’re likely to see more buyers continue to surge into the market this year, particularly helped along by the first home loan deposit scheme,” he said.