As a property investor choosing the right suburb is critical, but to get the best returns, it’s just as important to invest in the right areas within a suburb.

When looking for an investment property in Perth that will achieve strong capital growth, it makes sense to spend considerable time researching the suburbs that will outperform the wider market.

But this is only a part of the process.

Choosing the right suburb or macro-location is of course critical, but to get the best returns, it’s just as important to invest in the right areas within a suburb.

Statistics show that not all properties in a suburb perform at the same rate when it comes to capital growth and the differences can be quite significant.

Commonly, some pockets of a suburb or certain streets will always perform better than others 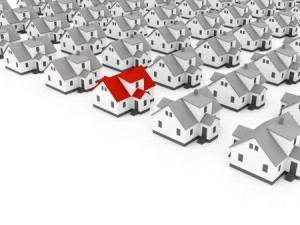 Even one side of the street may prove to be a better investment than the opposite side.

But why is this so?

What are the features that cause a part of a suburb to be a strong or weak performer?

Firstly, let’s look at the negative features that may cause a micro-location to underperform.

Some parts of a suburb will always be closer to a main road than others and the resulting noise and traffic problems can easily drag down values.

Similarly, some parts may have closer proximity to undesirable landmarks, such as industrial complexes, petrol stations, cemeteries, or certain types of shops or venues.

You might argue that a property’s poor location (within a suburb) is factored into its value and doesn’t necessarily cause it to underperform in terms of capital growth.

While there is some truth to this argument, in many cases the negative features of a micro-location consistently dampen buyer demand making growth far more difficult to achieve.

And these negatives are often permanent issues that can even worsen over time, such as with noise and traffic levels.

While these negatives can adversely affect the demand for housing, they can also offer opportunities if you believe the negatives will diminish in the future.

For instance, you might notice that a shabby part of the suburb is being improved through public and private investment.

Or maybe an ugly commercial area or old school is being knocked down and transformed into an attractive residential estate.

In some cases, the uglier parts of a suburb may actually end up outperforming the rest of the suburb because of this gentrification

What are some of the features that can make one part of a suburb more appealing than others?

Clearly, the parts that are closer to the city, coast or river will typically attract more attention from buyers.

Many suburbs also have an ‘expensive’ side, which might border a more prestigious suburb.

Views, attractive streets, low levels of traffic, and good access to amenities can also raise the desirability of a micro-location, as is being within the zoning for a sought-after school.

Remember, the better parts of a suburb won’t necessarily achieve higher rates of growth than the cheaper parts.

It depends on whether the demand for properties in these parts will increase at a greater rate relative to the supply.

Determining this requires careful analysis and can involve looking at demographic changes, local area planning and the potential for future supply.

Even once you’ve identified the areas within a suburb that have the best potential for capital growth, individual property differences can also play an important role. But this is for another discussion.

'Finding the right location within the location' have no comments