The ANZ Bank has revised its growth estimates for Australia, with lower commodity prices weighing on profits and wages.

While this will be most clearly felt in profits, wages and government revenues it will also impact on real economic growth which we have reduced by 0.3 percentage points over 2015 and 2016.

It will also delay the return to trend like growth of 3 per cent to 3.25 per cent by another six months to the second half of 2016.

If, as we expect, commodity prices stabilise near current levels over the next year then these revisions represent a delay in the return to trend growth rather than a change in the trajectory of the Australian economy.

ANZ is still of the view non-mining economic activity will take up the slack from declining mining and energy investment.

The non-mining recovery has commenced, albeit narrowly, with strength evident in residential and non-residential construction and a gradual improvement in business investment intentions.

As such we have pushed back the timing of RBA interest rate increases by six months. 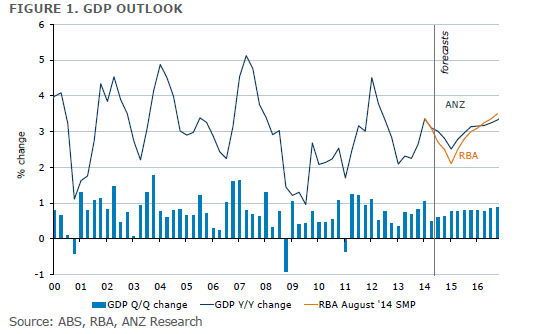 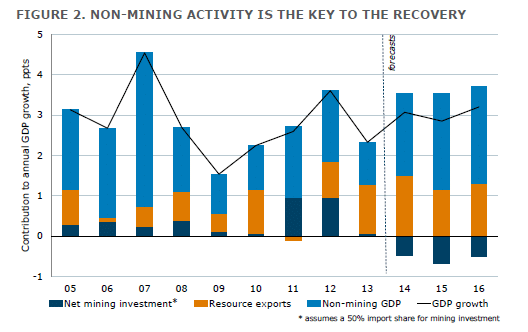 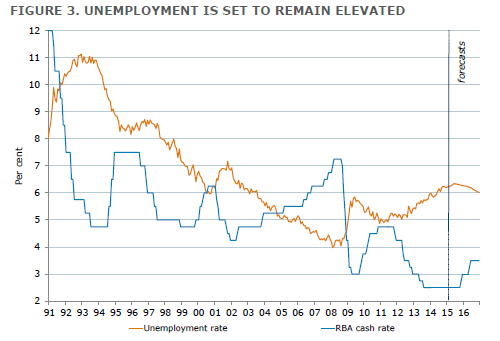 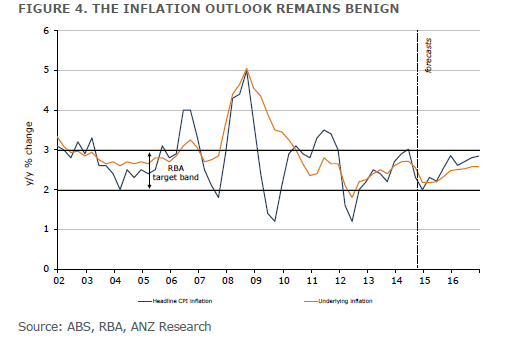 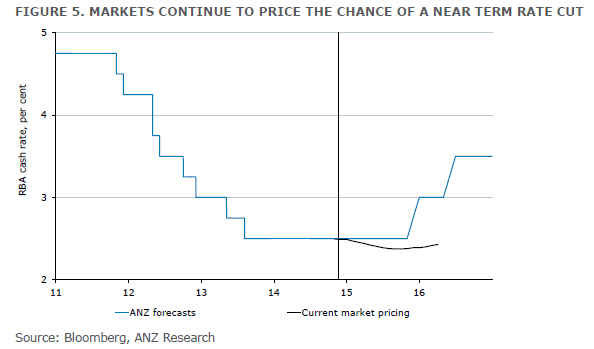 We expect the first steps to take Australian interest rates back to ‘neutral’ levels will commence in November and December 2015 with a 25 basis point rate hike in each month.

As the economy gains further traction in 2016, another 50 basis point of rate increases in the middle of that year will see the cash rate lifted to 3.50 per cent, our estimate of the neutral rate. 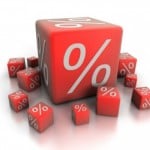 As part of these adjustments to our economic and interest rate forecasts we have also revised down our forecasts for the Australian dollar and long-term interest rates.

We now expect the Australian dollar to trade down to $US0.82 by the end of 2015 before stabilising at $US0.80 by end-2016, consistent with commodity prices and domestic economic growth.

Long-term interest rates are expected to rise more gradually over the next year implying that Australian government bonds will outperform the US market over the next six months.

'Downward Revision to Economic Forecasts | ANZ Research' have no comments