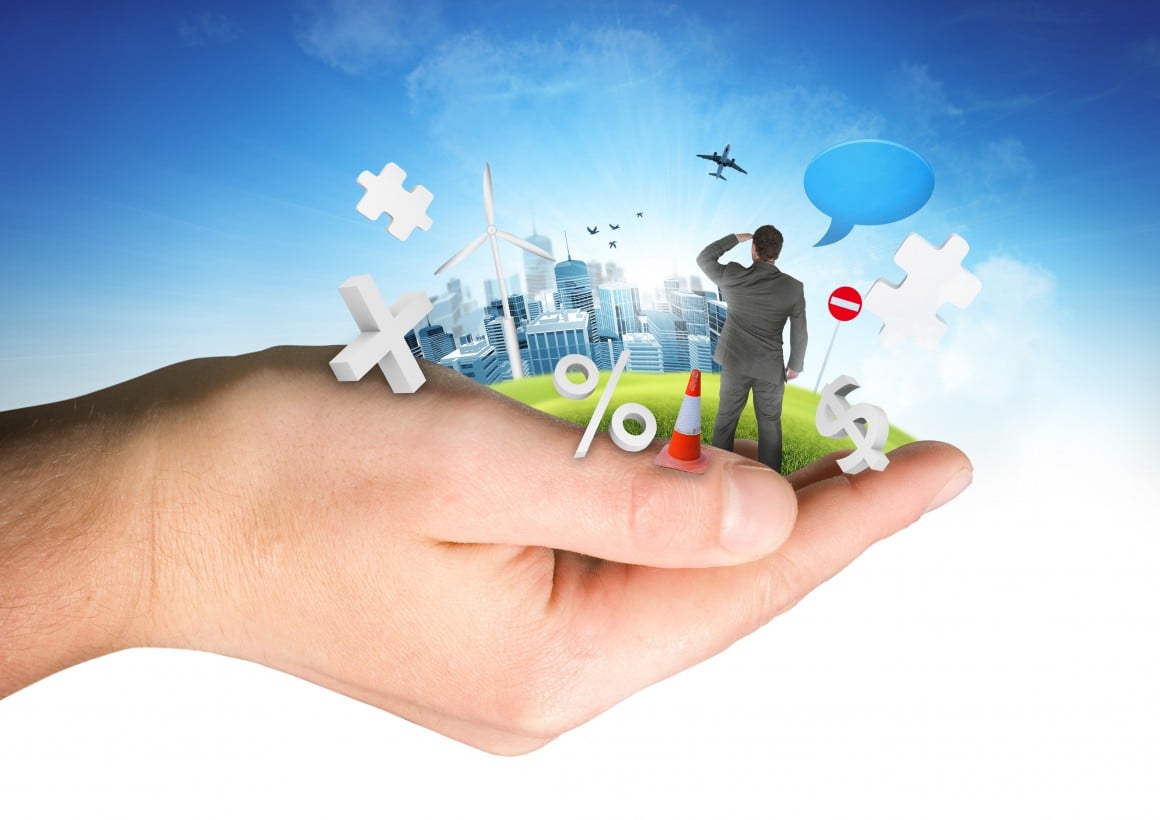 Falling Property Prices – What affect does this have on the overall market?

During the up cycle of any property market, it’s natural that people will tend only to focus on when values rise.

However, values have fallen more recently than we tend to remember in each capital city, in this week’s CoreLogic Property Pulse, we look at the magnitude and duration of these falls in the past.

Throughout the past 20 years, CoreLogic research confirmed that it’s been much more common for combined capital city dwelling values to increase rather than fall.

Although value rises have been more common, it doesn’t mean that the housing market is bulletproof and in some instances values have fallen quite dramatically and rapidly.

Typically the Reserve Bank (RBA) or the Government have adjusted fiscal and/or monetary policy to support the housing market and arrest the value falls.

Today’s CoreLogic research shows that across the combined capital cities, dwelling values increased by 346.4% over the 20 years to April 2017.

At an individual capital city level housing markets have cycled quite differently however, the majority of capital cities recorded a decline in dwelling values in both 2008 and from late 2010/early 2011.

The 2008 decline occurred as the financial crisis hit with values falling however, stimulus measures in the form of aggressive interest rate cuts along with cash handouts and boosts to first home buyer’s grants proved enough to spur demand and turnaround the decline in values.

In 2010 dwelling values fell as the post financial crisis stimulus was being wound out of the market with interest rates increasing and first home buyer incentives being removed.

These value falls were arrested as the RBA reversed direction and started to cut official interest rates again in late 2011.

Looking at the declines which commenced in 2008, the magnitude of falls was fairly minor considering most advanced economies fell into recession as a result of the financial crisis.

Hobart and Darwin were relatively unaffected by the declines however, Melbourne (-8.3%), Perth (-6.8%) and Sydney (-6.2%) were more impacted than all other capital cities.

The period of decline proved quite short and it has become clear that the stimulus measures effectively staved off sharper declines and possibly a national recession.

From 2010 to 2011/12 all capital cities experienced falls in dwelling values as the financial crisis stimulus and low interest rates were wound out of the market.

Across the other capital cities, Sydney, Adelaide and Canberra recorded average declines of -0.3%/month and Brisbane’s declines averaged -0.5%/month. 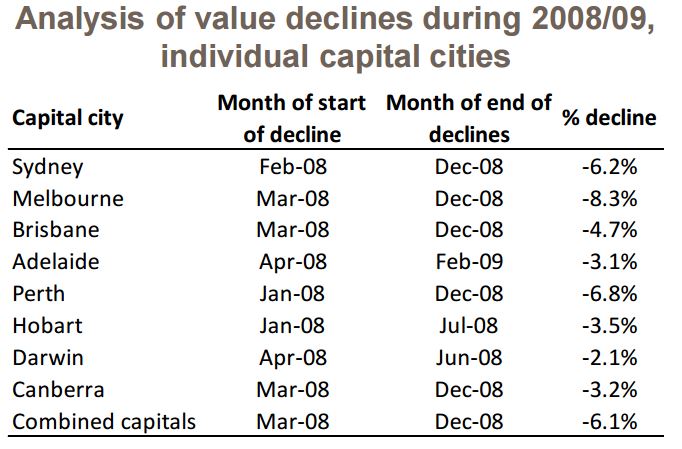 This analysis serves as a reminder that although capital city dwelling values have largely increased over the past 20 years, they are not immune from potential declines.

The impetus for previous declines has been around external economic shocks along with the stimulus of low interest rates and grants to first home buyers being removed.

Australia is not seeing any of the shocking economic conditions of the size of the 2008 financial crisis, we are seeing the unemployment rate at similar levels to 2008/09 and historically high levels of underemployment. 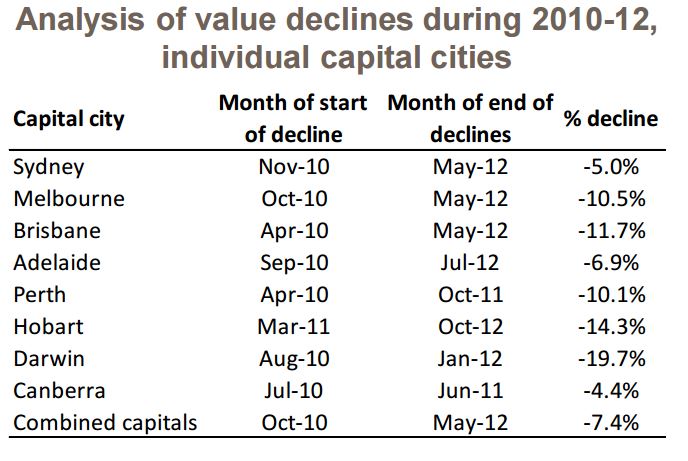 Depending on how much mortgage rates are increased (noting that this is not happening due to the RBA) home owners should be aware that it could lead to a slowing or even some potential falls in dwelling values.