Sydney is now one of the world’s most expensive cities to live in.

Recently, Treasurer Joe Hockey denied a housing affordability problem, arguing that if there was one – people would not still be purchasing houses.

The Treasurer argued that as a starting point to buying a house in Sydney, non-home owners should make an effort to seek high paid employment.

However, the limited data available that tells us who is buying homes is indicating that it is investors buying up property and NOT hopeful homeowners.

The price signals in Sydney’s housing market disguise the fact that most of the population cannot afford to buy houses and units in Sydney based on their income.

Let’s look at why.

First of all, let’s look at what the average house in Sydney is worth.

When I talk about the ‘worth of Sydney houses’, I am referring to the median (middle) value of houses in the greater Sydney metro region.

The ‘greater Sydney metro region’ is from the Eastern Suburbs of Sydney, all the way out to the suburbs just before the Blue Mountains (see Map 1). 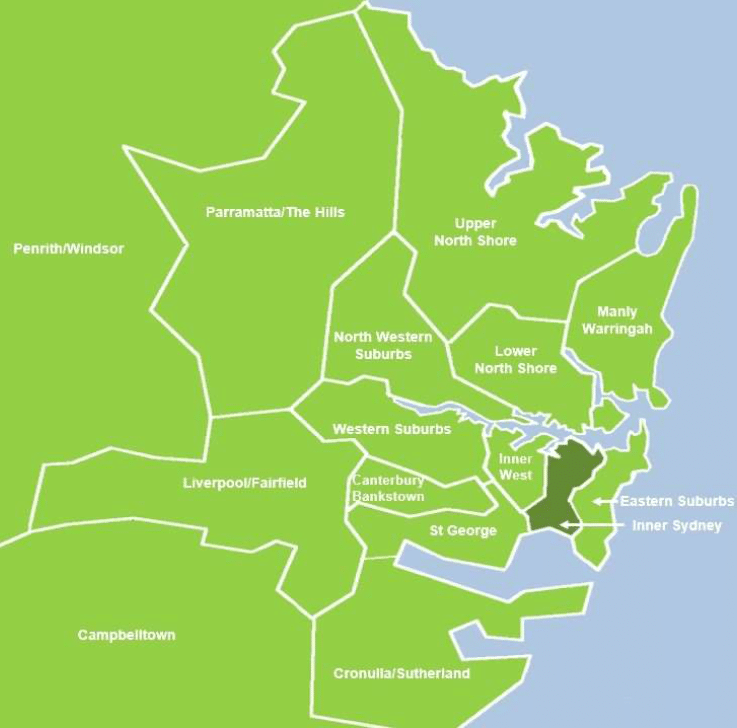 The reason I use the median value is because it is one of the best measures of central tendency in real estate. Houses can be really unique.

These properties can throw off what a typical house is worth.

So, we use the median because it doesn’t take into account crazy outliers – it is just the middle value of houses.

Onthehouse.com.au data indicates that in the 12 months to April 2015, the median house in Sydney grew in value by 15.09 per cent.

Is That A Lot of Money?

THAT IS A LOT OF MONEY.

With that money you could:

Now think about that house value in terms of your income and savings. 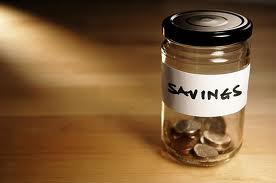 Think about how long it would take you to do.

Your deposit is now approximately $12,300 short.

Never mind how much debt you’d be saddled with even if you did manage to get a mortgage.

In fact, ABS data of average weekly earnings tells us that real dollar incomes are virtually unchanged since the 1990’s.

Contextualising This Housing Boom: Why Isn’t Everyone Freaking Out?

One of the reasons Treasurer Joe Hockey and some politicians and journalists are not freaking out is because they think about housing affordability is in reference to the past.

According to Onthehouse.com.au data, the peak of percentage value growth of Sydney houses was from October 1987 to October 1988, when house prices went up 38 per cent.

At the peak of the recent housing boom from 2012 to 2015, the highest annual growth rate was just 20 per cent.

So, this is what the historical growth rate for the median value house in Sydney looks like: 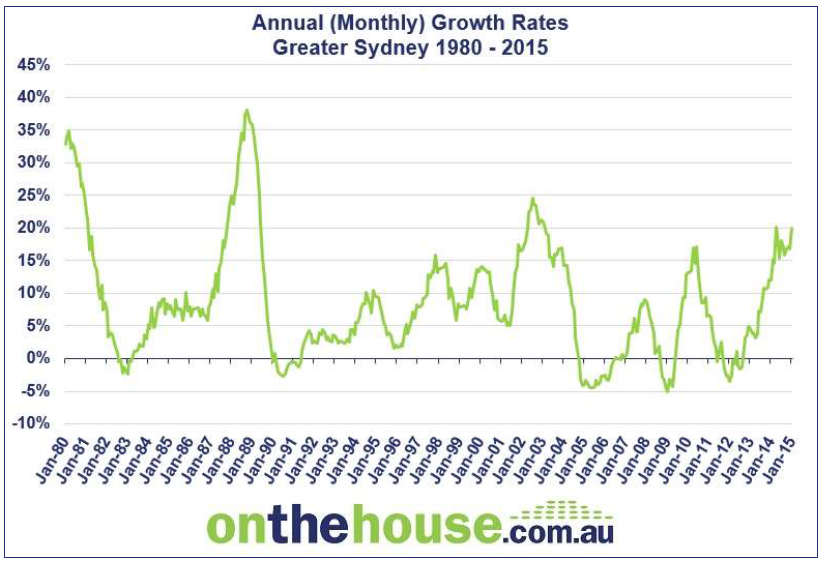 2012 to the beginning of this year are circled.

However, looking at percentage growth rates is very misleading.

It masks the fact that we are in the worst housing affordability position in over 30 years.

Measuring by Percentage Increases is Misleading When Talking Affordability

Our presentation of data can impact the way people read it.

The median house in Sydney did increase in value by 38 per cent in the 12 months to October 1988.

Remember how the 15.09 per cent increase for April 2015 was calculated?

Before you pick up your laptop and throw it victoriously at Joe Hockey’s head, we need to factor in inflation.

The 1987-88 values are not adjusted for inflation.

Since the 1980’s, the purchasing power of money has declined and some things have become more expensive.

If we adjust these figures for inflation (I used the RBA inflation calculator) the value of Sydney houses in October of 1988 were worth about $357,200 in today’s dollars.

But this is telling too.

This suggests that if house values in Sydney had only gone up by inflation, they should be worth about $350,000.

Instead, they are worth almost three times that much.

So how else can we think about affordability?

What this Housing Boom Really Looks Like: Introducing the House Price Index

The ‘House Price Index’ (HPI) is a number that represents, at any point in time, how much house prices have increased since our first point of data collection in January 1979.

Graph 2 plots the HPI for the last 30 years.

The slope of the HPI represents the rate of growth in this indicator.

It is clear from this data that Sydney houses are currently in their largest, longest housing boom. 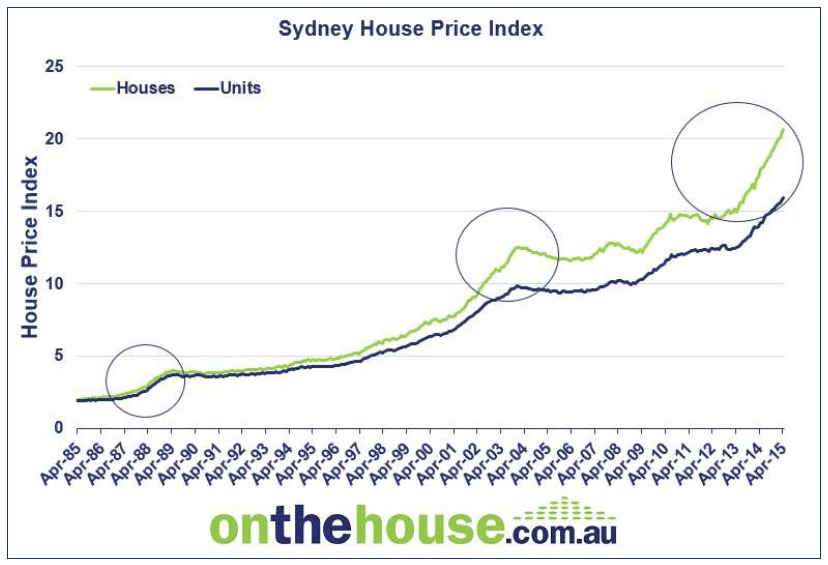 The State of Income and Unemployment

If the average Sydney-sider had large income growth that kept up with increases in house prices, then perhaps the rate of value increase would not be a huge concern.

Unfortunately, the Australian economy is not doing too well.

This is reflected in Graph 3, which shows the unemployment rate over the last 10 years. Factors such us unfavourable weather, the decline in resource prices, the construction phase of the mining boom ending and the offshoring of manufacturing have culminated to sustain a high level of unemployment.

This 6.2 per cent figure is only the official unemployment rate.

The official unemployment rate does not capture people who are unemployed and have not looked for a job in the last four weeks from being surveyed by the ABS.

The official unemployment rate also does not capture those who are unable to work within one week of being surveyed by the ABS.

Don’t ask me why, they just won’t count you in the labour force.

The official unemployment rate also does not capture underemployment.

To be considered employed by the ABS, you only have to work a minimum of one hour per week.

These measurements mean that we are likely undermining the real level of unemployment.

In other words, the real unemployment rate could be closer to 12.4 per cent.

Among youths, this number is even higher.

The official youth unemployment rate at March this year was 13.65 per cent, according to ABS labour force data.

When unemployment is high, wage growth theoretically slows down.

This is because employers have a larger pool of jobless people to choose from when filling positions.

When more people are employed and the labour market is tight, employers need to incentivise workers to stay with higher wages.

As per the theory, wage growth in Australia is at a 10 year low. This is plotted in Graph 4. 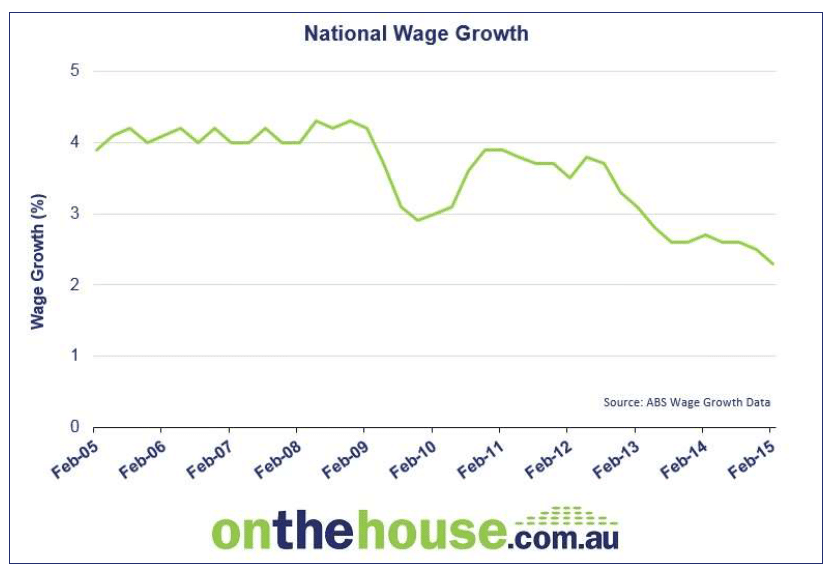 One other important note about the nature of employment in 2015: causalisation of the workforce has almost doubled over the last 30 years.

When people were looking for work in the 1980’s, workers were more likely to find employment in a full time position.

According to historical ABS data, approximately 15 per cent of the workforce were part time or casual in the 1980’s. 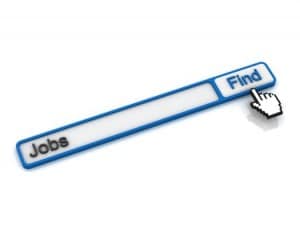 In 2015, that number has risen to approximately 30 per cent.

Part time workers are less likely to experience wage growth, as has been demonstrated by a 2015 Federal Reserve study in Chicago.

This is because workers are more likely to bargain for more hours, as opposed to higher wages.

High unemployment and low wage growth in the context of a booming housing market mean that those without equity in housing, in other words non-home owners, will find it harder to purchase houses.

Comparatively, it is much easier for someone who already owns a home to re-invest in the housing market.

Not only can they receive benefits in the form of negative gearing tax concessions and a capital gains tax discount when they sell, but home owners have earned hundreds of thousands of dollars of equity in their home.

While non-home owners were working hard, saving, sacrificing and looking for the elusive (yet apparently abundant) high paid job, anyone who happened to own the median house in Sydney in the last 12 months would have earned $123,900 for doing absolutely nothing.

It is no wonder that the share of first home buyers taking out home loans has fallen to a dismally low 7 per cent of purchasers.

Intersectionality and Incentives: I’m not Just Talking about Gen Y

A straw man has been created in characterising non-home owners who cannot afford to buy in Sydney.

This caricature of a non-home owner is a spoilt, white girl or boy in Generation Y who is too busy buying every new gadget they can find to save up for a house.

They also DEMAND to live by the beach and will not accept anything less.

This is because young people derive all their energy from the beach.

The energy it takes to type this opinion piece requires me to sit on the beach as I write.

An aggressive starfish has taken my wireless mouse.

It’s annoying, but as a young person I can’t leave the beach or I will melt.

There is a lot to be said for being a wealthy, white non-home owner in Sydney, who is privileged enough to have the opportunity to live with their parents, even if they choose to rent.

For some, if their parents are not reliant on the family home as an asset for retirement, it is likely they will benefit from the asset later in life as it is passed through the family.

But these spoilt beach babes (yes we are also babes) are a small portion of people who cannot afford to buy in Sydney’s housing market.

Anyone who was not born into a family where there is a homeowner, people who migrate to Sydney for work, homeless people, people without support networks and low to medium income earners are victims of the current housing affordability position.

They are found in all age groups and are among different races.

The median household income in Sydney, before tax and superannuation, is $83,460

I worked this out by taking the median household income for Sydney at the 2011 Census and indexing it by wage growth over the last 3 years.

This is not taking into account mortgage repayments with interest, and it does not take into account tax or superannuation which further limits the money available to households.

For a more detailed analysis of average incomes and mortgage repayments, you can read my blog post here. 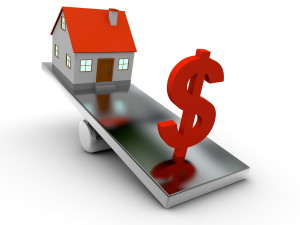 And what of those who are not on the median income?

However, we would greatly suffer if people left these professions in search of higher paid work.

With such a large amount of savings to gather, rapidly increasing house prices, rising unemployment and historically low wage growth, it is little wonder that people are dis-incentivised to purchase houses.

Many are forced instead to rent and live more ‘for the moment’ than save up years’ of their income for a house they will be paying off for decades to come.

But overall, it leaves many without the security and autonomy that comes with a place to call your own.

I think it is safe to say that yes, Mr. Hockey, we might have a bit of an affordability problem.

'How to Explain Housing Affordability to the Treasurer' have 2 comments