The Reserve Bank of Australia (RBA) has announced its decision on the official cash rate for December, with the board deciding to hold interest rates for the time being, amid speculation the next rate reduction will be in February 2020. 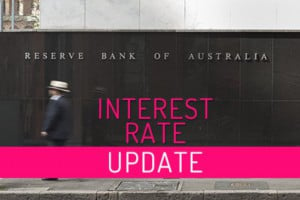 After three rate cuts since June, the average Australian mortgage holder is now $127 per month better off, according to new research from RateCity.com.au.

This is based on a big four customer with a discounted variable rate and a $400,000 loan with 25 years remaining.

If that borrower chose to invest this back into their mortgage, by leaving their repayments the same, they could be more than $24,000 ahead over the remainder of their loan, and pay it off 2 years and 3 months sooner.

The RBA kept the official cash rate on hold at 0.75% at its latest meeting.

While the RBA’s final meeting for 2019 delivered no surprises in deciding to keep official rates on hold at 0.75%, 2019 was a year where domestic economic growth waned and inflation remained weak and despite stable unemployment consumer spending was also subdued impacting retail spending and car sales.

Macquarie forecasts growth for Australia to gradually recover towards the end of 2020, however the RBA may cut again if the jobs market softens from here.

At its meeting today, the Board decided to leave the cash rate unchanged at 0.75 per cent.

The outlook for the global economy remains reasonable.

While the risks are still tilted to the downside, some of these risks have lessened recently.

The US–China trade and technology disputes continue to affect international trade flows and investment as businesses scale back spending plans because of the uncertainty.

At the same time, in most advanced economies unemployment rates are low and wages growth has picked up, although inflation remains low.

In China, the authorities have taken steps to support the economy while continuing to address risks in the financial system.

Interest rates are very low around the world and a number of central banks have eased monetary policy over recent months in response to the downside risks and subdued inflation.

Expectations of further monetary easing have generally been scaled back.

Financial market sentiment has continued to improve and long-term government bond yields are around record lows in many countries, including Australia. Borrowing rates for both businesses and households are at historically low levels.

The Australian dollar is at the lower end of its range over recent times.

After a soft patch in the second half of last year, the Australian economy appears to have reached a gentle turning point.

The central scenario is for growth to pick up gradually to around 3 per cent in 2021.

The low level of interest rates, recent tax cuts, ongoing spending on infrastructure, the upswing in housing prices and a brighter outlook for the resources sector should all support growth.

The main domestic uncertainty continues to be the outlook for consumption, with the sustained period of only modest increases in household disposable income continuing to weigh on consumer spending.

Other sources of uncertainty include the effects of the drought and the evolution of the housing construction cycle.

The unemployment rate has been steady at around 5¼ per cent over recent months.

It is expected to remain around this level for some time, before gradually declining to a little below 5 per cent in 2021.

Wages growth is subdued and is expected to remain at around its current rate for some time yet.

A further gradual lift in wages growth would be a welcome development and is needed for inflation to be sustainably within the 2–3 per cent target range.

Taken together, recent outcomes suggest that the Australian economy can sustain lower rates of unemployment and underemployment.

Inflation is expected to pick up, but to do so only gradually.

In both headline and underlying terms, inflation is expected to be close to 2 per cent in 2020 and 2021.

There are further signs of a turnaround in established housing markets.

This is especially so in Sydney and Melbourne, but prices in some other markets have also increased recently.

Demand for credit by investors is subdued and credit conditions, especially for small and medium-sized businesses, remain tight.

Mortgage rates are at record lows and there is strong competition for borrowers of high credit quality.

The easing of monetary policy this year is supporting employment and income growth in Australia and a return of inflation to the medium-term target range.

The lower cash rate has put downward pressure on the exchange rate, which is supporting activity across a range of industries.

It has also boosted asset prices, which in time should lead to increased spending, including on residential construction.

Given these effects of lower interest rates and the long and variable lags in the transmission of monetary policy, the Board decided to hold the cash rate steady at this meeting while it continues to monitor developments, including in the labour market.

The Board also agreed that due to both global and domestic factors, it was reasonable to expect that an extended period of low interest rates will be required in Australia to reach full employment and achieve the inflation target.

The Board is prepared to ease monetary policy further if needed to support sustainable growth in the economy, full employment and the achievement of the inflation target over time.

Comments from the Finder.com.au RBA Survey: 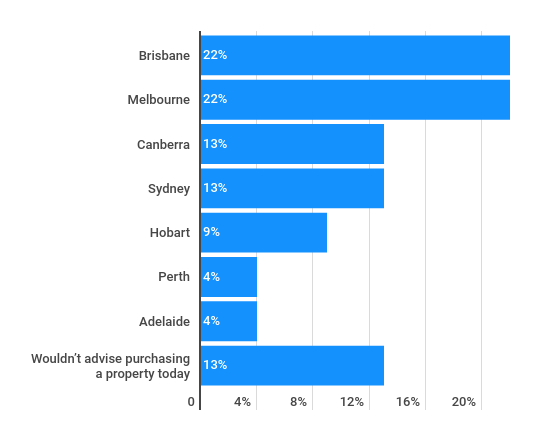 *A regional centre is defined as a city
with a population above 250,000,
such as Newcastle, Wollongong
or Geelong.

“In the absence of meaningful tax reform and micro-economic reform, another rate cut probably won’t help much, but it is the only response that the RBA can offer,” Toth said.