Last year was a great year for many property investors.

In fact I believe it will be one of those years where those who didn’t get into the property markets will look back with regret. 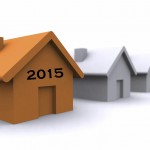 Interestingly although many of us started 2014 with confidence, over the year our markets gave us a few reminders not to get too “cocky.”

Overseas the markets were turbulent and back home inflation rose, unemployment crept up and consumer confidence dropped like a stone.

House price growth peaked mid year, with values growing more slowly in the second half of the year and all evidence points to a slower property market in 2015.

Now this is a good thing…

With the property markets running out of puff, they are set to taper to more moderate growth this year rather than crash like some of the property pessimists predicted.

I still see many reasons for selective property price growth in 2015, but it looks like the economy will put some stumbling blocks in front of us and it won’t be all smooth sailing – but it never is.

Today I’d like to whip around Australia, see how our property markets performed last year and make some forecasts for 2015.

So let’s start with…

What happened to property in 2014?

Australia’s property markets were buoyed by strong population growth, historically low interest rates, a voracious appetite for capital growth by investors and the desire by overseas investors to place their money in Australia’s large capital cities.

In fact the year finished with property investors taking out around 50% of all new loans, the highest percentage on record and many investors had a great year.

So where are we in the property cycle?

We’re now at the more mature stage of the property cycle as shown in the following graph from Dr. Andrew Wilson of Fairfax/Domain.

The property cycle bottomed in the middle of 2012 and since then the markets in Sydney, Melbourne and Perth have risen strongly. 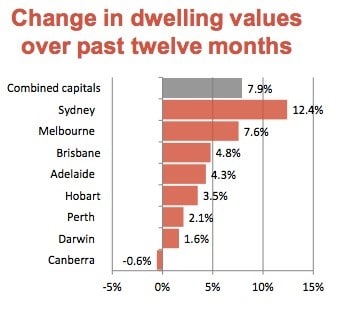 What the big picture doesn’t show is how fragmented our markets really are with different states, different price points and different types of properties behaving differently.

Factors affecting our housing markets in 2015:

As I said, it won’t all be rosy this year. I see consumer confidence falling in the first half of the year, which will have a negative impact on our property markets. 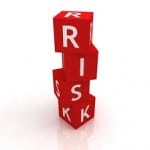 And locally we will be worried about rising unemployment, a weak economy and a government that can’t deliver its budget. However there are a heap of positive factors that will underpin our property markets including:

However the markets are fragmented. Let’s look at our capital city property markets in a little more detail: 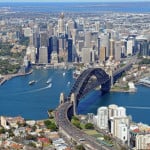 “After strong price growth in Sydney in 2013 and 2014, I’m expecting the market to slow down in 2015 but there is still substantial growth left in this cycle over the next few years” says George Raptis, director of Metropole Property Strategists in Sydney.

“This year it’s likely that we’ll see periods of ups and downs, but this is to be expected at this stage of the property cycle.
A strongly performing local economy and the continued undersupply of housing will generate consistent buyer activity from both investors and home buyers over the year and Sydney is set to remain the best performer housing market with growth likely to be at least twice the inflation rate. However investors and home buyers will have to be much more selective when purchasing properties in 2015.
Mistakes won’t be covered up by a strongly rising market this year,” says Raptis.

Melbourne was a strong surprise performer last year but (as always) the market is fragmented.

While first homebuyer activity remains low, there has been increasing demand from both investors and owner occupiers upgrading their homes and top end properties continued selling well as the “big money” felt more confident.

Investor and owner-occupier demand is likely to slow a little in 2015, with overall growth in the order of 4 – 5%, however there are some segments of the Melbourne property market to avoid.

There is a significant oversupply of newly built house-and-land packages in Melbourne’s outer northern and western suburbs where buyers are showing a preference for two to three year old homes which can be bought considerably cheaper than new stock.

There is also an oversupply of inner-city CBD apartments and there are many more apartments coming on stream in the next few years at a time when there is less demand from the tenant demographic that rents in the CBD.

Currently there are some great investment opportunities buying established apartments in Melbourne’s southern or eastern suburbs and adding value through renovations.

The Brisbane property market finally turned the corner in 2014 buoyed by falling unemployment, population growth from southern job seekers and more property investors back in the market with the perception of good buying opportunities compared to the other big capital cities.

Brisbane was not the spectacular performer that some commentators predicted, however Brisbane property prices are likely to increase by 5 to 6% over 2015.

“There has been a resurgence of property investor activity over the last year, with interest being particularly strong in the mid price range, inner and middle ring suburbs of Brisbane.”

I’m expecting consistent growth in the Brisbane property market in 2015, particularly as more investors, owner-occupiers and foreign buyers look beyond Sydney for more affordable opportunities, meaning there is still a lot of upside for Brisbane properties” said Shannon Davis, of Metropole Property Strategists in Brisbane.

Home values across Perth have recorded a significant slowdown over the past year and flattening buyer activity over the coming year means Perth prices are likely to remain flat and fall in some locations during 2015.

With the highest capital city unemployment rate and a weakening economy capital growth is likely to be a little less than this year – in the order of 2 to 3 per cent.

While it has been a strong performer over the last decade, fuelled strong investor sentiment, the excitement seems to be over. 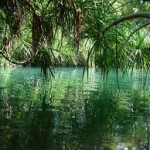 This is typical of a “shallow” market – there is not a lot of market volume and depth and therefore prices can rapidly swing one way or the other.

I’ve always found investor driven markets to be more volatile than our big capital cities and that’s why I avoid them.

Prospects for price growth in Darwin are low due to a wind down in the major infrastructure projects with property prices likely to rise 2-3% over the year.

Hobart’s housing market finally picked up in 2014, but home prices remain lower than they were at the beginning of 2009. A relatively weak economy and negative population growth will limit property price growth again this year.

Ongoing uncertainty with the Federal Government warning us of significant budgetary cuts leading to job insecurity, especially in the public sector, is likely to translate into subdued demand for housing and minimal if any capital growth in the Canberra property market in 2015.

The market will be very different in 2015

Home buyers and investors will have to do careful due diligence, they won’t have booming property prices to cover up their mistakes this year.

One that has a level of scarcity, meaning it will be in continuous strong demand by owner occupiers (to keep pushing up its value) and tenants (to help subsidise the mortgage); in the right location (one that will outperformed the long term averages because of the demographics of the people living there), at the right time in the property cycle (that would be now in some states) and for the right price.

Then hold it as a long-term investment and reap the rewards.

Want to know what I’ve been up to and what I’m buying?

I’ll be explaining what I’m doing and just as importantly what I’m not doing at our upcoming Property & Economic Market Update one-day trainings I will be holding around Australia in March and April.

You can find out all about this only round of national seminars I’ll be conducting by clicking here.  Reserve your place now.

Are you going to take advantage of the property markets in 2015 or are you going to get caught by the traps ahead? If so and you’re looking for independent advice, no one can help you quite like the independent property investment strategists at Metropole. Remember the multi award winning team of property investment strategists at Metropole have no properties to sell, so their advice is unbiased. 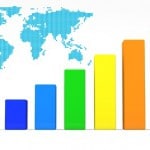 Please click here to organise a time for a chat. Or call us on 1300 20 30 30. When you attend our offices you will receive a free copy of my latest 2 x DVD program Building Wealth through Property Investment in the new Economy valued at $49.

'What to expect from Property in 2015' have no comments