The big news this week was of course that the official cash rate was kept on hold at 2.75% by the Reserve Bank.

In their statement following the Tuesday board meeting the Reserve Bank focussed on the lower Australian dollar which is helping to provide some economic stimulus.

Private sector inflation readings are continuing to point to a very mild inflationary environment which means the RBA still has scope to cut rates further if they see a requirement to do so.

At the time of writing, the ASX cash rate futures market was pricing in a 59% expectation of a cash rate cut at the next RBA board meeting to be held on 6th August.

The number of new home sales is now at the highest level recorded over the past eighteen months, a very positive sign that the housing construction sector is gathering pace.

While this is great news, the number of new home sales is moving higher from an exceptionally low base and we will need to see ongoing improvements before the industry is back to what might be considered a normal level of activity.

[sam id=36 codes=’true’]Retail sales data was also released this week by the Australian Bureau of Statistics. Consumer demand for retail products remains sluggish, with retail trade essentially flat over the month of May (+0.1%).

Retail spending increased by 2.3% over the year which is well below the historic average rate of annual growth. The low rate of spending growth is probably reflective of pre-election uncertainty across Australian households and the fact that consumer confidence remains a shaky.

International trade figures were also released over the week which showed Australia recorded its fourth consecutive trade surplus. Exports of Australian goods and services were up 3.6% while imports were up a lower 1.6% in May.

Over the year Australian exports are up by 5.1% compared with a 0.9% increase in imports. The boost to exports can be attributed to the lower Australian dollar which is providing a much more competitive playing field for Australian producers, particularly across the agricultural sector.

RP Data and Rismark released the home value index for June this week as well which showed a 1.9% increase in capital city dwelling values over the month, more than reversing the 1.7% fall in values over the previous two months.

Capital growth over the June quarter was a sedate 0.2% following the seasonally strong 2.8% increase in dwelling values over the March quarter. Most of the quarterly growth was being driven by the Sydney market which posted a 2.7% rise in values over the month and a 1.2% gain over the quarter.

The weighted average auction clearance rate over the past week was recorded at 66.9%, up from 66.0% the previous week. The major auction markets of Melbourne and Sydney continued to record a very strong rate of successful auctions.

At the same time last year the weighted average clearance rate was recorded at just 50.8% highlighting the better fit between buyer and seller expectations in the current market conditions.

Advertised Stock on the Market

The number of listings increased slightly last week across the Australian housing market. Nationally, total listings are -8.4% lower than at the same time last year with 250,079 properties currently advertised for sale.

Across the capital cities there are 109,372 properties listed for sale which is -14.3% lower than at the same time last year.

The number of newly advertised properties is quite low due to seasonal factors however, they are slightly higher than at the same time last year. Nationally there were 0.4% more new listings with a total of 38,988 listings.

Across the combined capital cities, listings were 0.8% greater than at the same time a year ago. 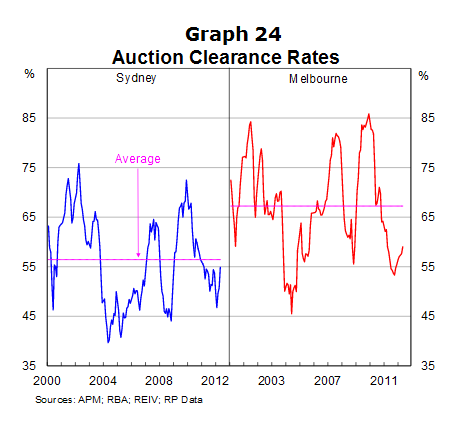 'End of Week Property Market Update: RPData' have no comments