Last week I wrote about a recent report by Oxfam which showed that eight of the richest people on earth own as much combined wealth as half the human race.

These eight men (yes they’re all white and male), together own about $426 billion.

On the opposite end of the spectrum the poorest half of the world’s population, some 3.6 billion people, collectively own about $409 billion in wealth.

Visual Capitalist also explained there is  more to the story.

THE POOR ARE ACTUALLY GETTING RICHER

Obviously this report generated a lot of opinions and I gave mine here.

Visual Capitalist explained that people in many of the world’s poorest nations aren’t getting poorer – they are actually getting much richer.

The number of people living in extreme poverty has been cut in half since 1990.

Below is another way to show it – and perhaps this is where the emotional pain points arise.

The poorest and richest cohorts of the global population, along with the Asian middle class, all got much richer over the last two decades.

The American middle class, however, was not so lucky.

Median income for 81% of U.S. counties actually peaked back in 1999, and other Western countries are facing similar inequality challenges. 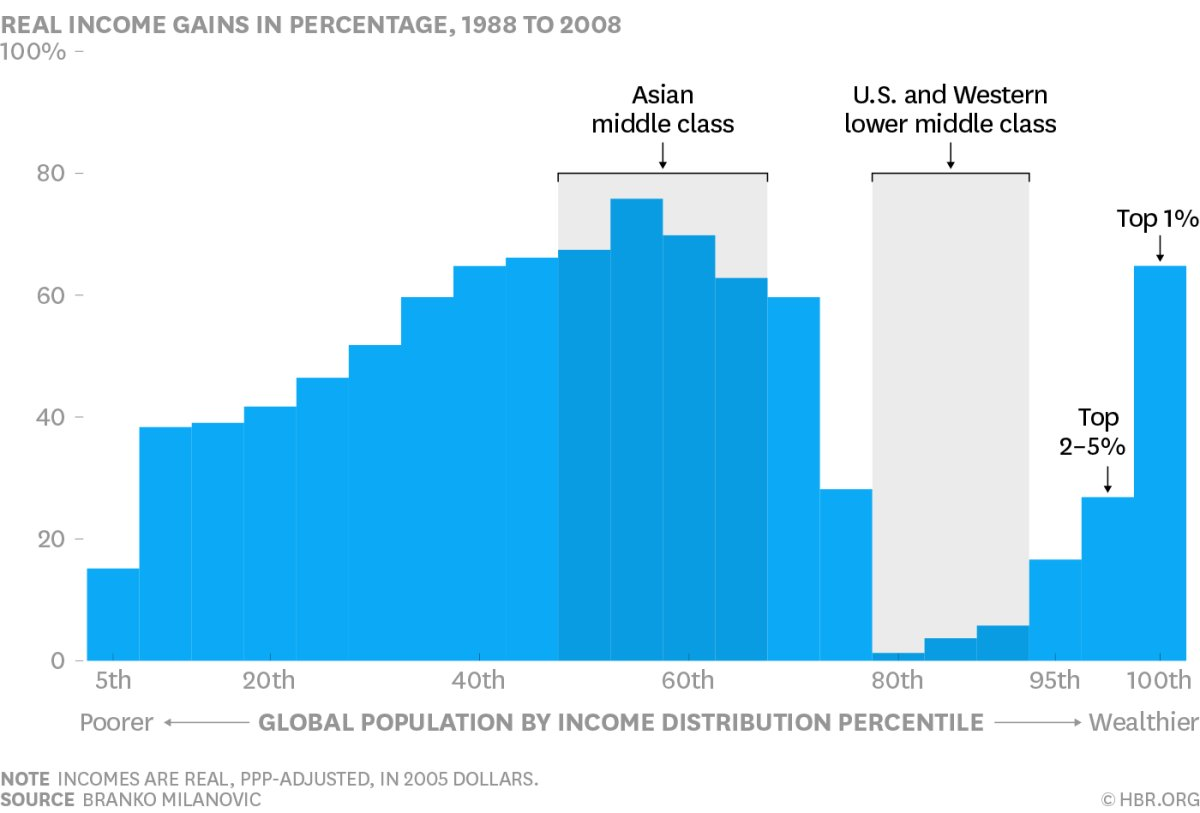 Another way of looking at things:

The final chart here is courtesy of Swedish author and historian Johan Norberg, who wrote a sarcastic response to the Oxfam report: 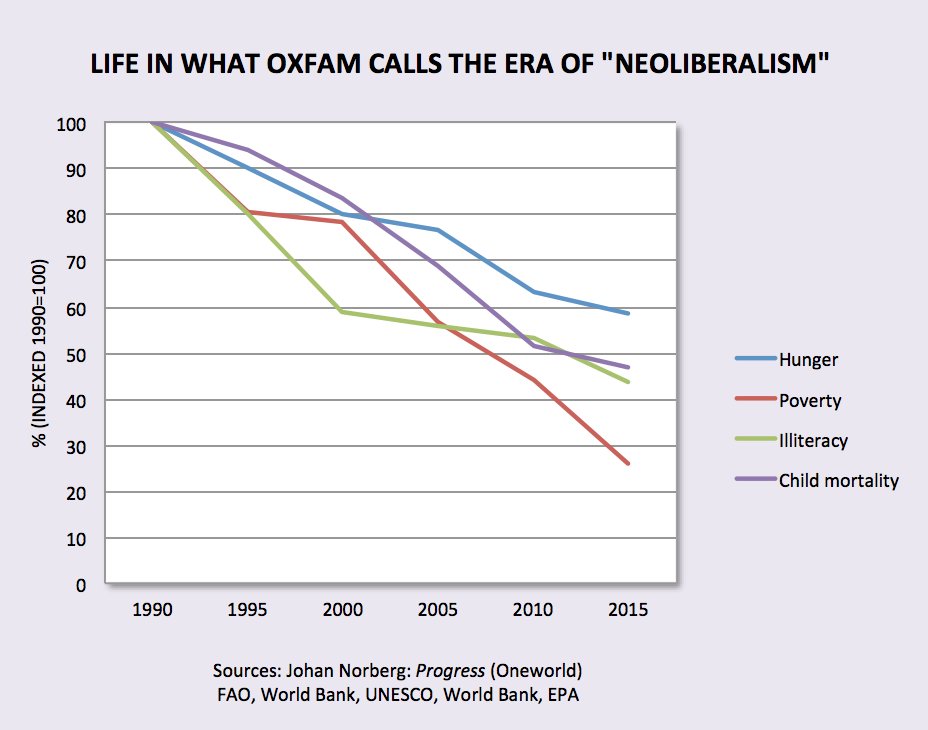 It does and nobody likes it.

In my mind, the solution to poverty is not taking from the rich and giving to the poor, but to encourage more people to become wealthy through business and entrepreneurship so they can create more value and help money flow though the various economies around the world.

I’m trying to do my part by being an entrepreneur, creating wealth for me and my family, but also by being grateful for everything I have and regularly contributing substantially to charity to help others with a hand up.

'Eight men own more than 3.6 billion people do [infographic]' have no comments