The Reserve Bank has lowered interest rates to 1.5% in a bid to increase growth and inflation but economists were divided as to whether it hit the mark, writes..

The Reserve Bank of Australia has lowered the cash rate to 1.5% in an effort to stimulate growth, boost inflation and encourage a fall in the Australian dollar. 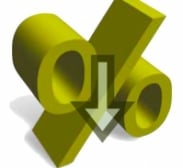 The cut of 25 basis points from 1.75% is the last decision from outgoing RBA Governor Glenn Stevens.

In a statement on the rate decision he says:

“Low interest rates have been supporting domestic demand and the lower exchange rate since 2013 is helping the traded sector. Financial institutions are in a position to lend for worthwhile purposes.”

Professor Richard Holden from UNSW says the cut was needed.

“At 1.0% per annum — well below the target band of 2-3% – there is even the risk of deflation. Growth is relatively weak—indeed, net disposable national income growth has been negative for several years. The labour market is fairly weak as well. All in all, a cut was very much in order,” he says.

In his statement, Glenn Stevens also addressed the concerns around Australia’s property market.

He noted Australia’s banks have been cautious in lending to certain sectors like the property market and despite the possibility of a considerable supply of apartments emerging over the next few years, lending for housing has slowed this year.

However Professor Holden says Stevens is downplaying the risks.

“I think that’s something of a blip, and that the housing price inflation risks are very real.

I think he called this one incorrectly,” he says.

The Commonwealth Bank of Australia announced it would pass on 13 basis points of the cut to owner occupiers and property investors, Professor Holden says Australians can expect the rest of the big four banks to do the same, apart from ANZ.

Economist Saul Eslake from the University of Tasmania says he still doesn’t believe there is a reason for the RBA to cut rates, as moderate growth and modest expansion in employment weren’t cause for alarm at the last rate cut.

“Inflation is substantially below the RBA’s 2-3% target – but the post-meeting statement didn’t indicate that the most recent inflation data had prompted a major downward revision to the inflation outlook, such as would warrant lower interest rates, as it did when it last cut rates back in May,” he says. 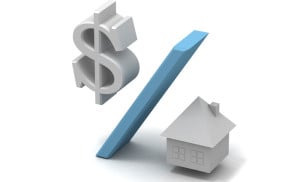 The RBA statement cited international pressures such as China’s slowing economy, but Mr Eslake says this more likely to impact Australia in medium term rather than here and now.

“China has probably done enough to ensure that it meets this year’s GDP growth target of 6.5%. But they’ve done it in a way that increases the risks of a financial crisis down the track – by getting their banks to fund the latest lending splurge (which has helped to revive the Chinese property market)…by borrowing in the wholesale markets rather than through customer deposits,” he says.

Phillip Lowe takes over next month as the new governor of the RBA and he may be faced with limited reserves of monetary stimulus after this cut.

Mr Eslake says reserves might be needed if Donald Trump were to win the United States Presidential election in November.

“If that prospect were to prompt a ‘rush for the exits’ on the part of foreign investors in the US, [it could] send the US dollar substantially lower and hence, possibly, sending other currencies, including the Australian dollar, much higher against the US dollar than the RBA would feel comfortable with.”

“By historic standard, Australian interest rates are exceptionally low, and economists will want to see how these low rates affect the wider economy, a transmission mechanism that is complex and characterised by long and variable lags,” he says.

'Economists react to the latest RBA rate cut' have no comments