Discussions about housing affordability focus almost exclusively on the price of the real estate, movements in which are monitored by multiple organisations on a seemingly daily basis.

There is comparatively little discussion about people’s incomes, which are equally as important as prices in determining what can and can’t be reasonably afforded.

The income profile of what most Australian’s actually earn paints a sobering picture which could more often be taken into account in debates about housing and affordability. 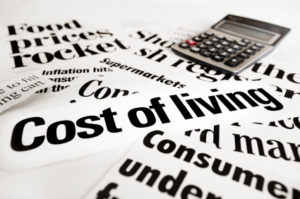 It explains, they’ll argue, why we lost Holden, Ford, Toyota, and (almost) Qantas, among other things.

And yes, Australia’s wages are high by competitor standards – but so are our costs

One of the most fundamental of needs, along with food and clothing, is shelter.

And it’s the cost of shelter relative to incomes which has been stretched to beyond reach for a large proportion of young Australians.

Reducing minimum wages or reducing wage growth further, if at the same time allowing housing costs to further escalate, will only make this situation worse.

Arguably, if we could substantially reduce the cost of supplying new housing, this would relieve upward pressure on wages and work towards improving our global competitiveness – along with repairing living standards for working and middle class families, rather than eroding them.

First, here are some of the facts on the infrequently discussed income side of the equation

Nearly two in three of all Australians earn less than $52,000 per annum.

It doesn’t much matter whether it’s Brisbane, Sydney or Melbourne; the proportion is roughly the same.  It’s not much.

Roughly eight in ten Australians earn less than $78,000 per annum.

It is if you’re trying to buy into the housing market. 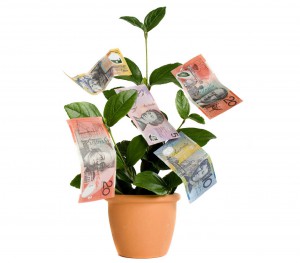 A worker on $50,000 – and these represent nearly two thirds of all workers remember – is facing a price multiple which is 8 times their gross pre-tax income.

Basically, two thirds of us are stuffed in terms of affording even a modest $400,000 property if we weren’t already in the market.

A more reasonable price multiple of say 5 times income would require an income of $80,000 per annum or more.

But there are less than 15% of Australians who fit this category.

But wait, shouldn’t we count household, as opposed to personal, incomes?

A good point, particularly for younger families and young couples, where dual incomes are the norm due to necessity.

But even based on combined household incomes, a third of all households earn less than $52,000 per annum

A reasonably healthy 30% of all households bring in a combined $104,000 per annum or more, but seven in ten bring in less than that.

Taking our modest $400,000 home again, and  roughly half of all household incomes fall short of the $80,000 mark required for a price-to-income multiple of five.

For one in three of every households, their combined income means a price to income multiple of eight times.

They are pretty much stuffed, still.

Hang on, isn’t it more relevant to focus on the demographic that’s more likely to be trying to get into the property market, because older people and retirees, who already own or are paying off homes, may skew the figures?

Absolutely: this is the key demographic, especially if you’re a developer of new detached housing product – which is what this cohort mainly wants to buy to raise a family in (as opposed to the apartment they might rent while pre-children).

Personal income profiles of the 25-34 year old age group are pretty much in line with the Australia wide picture.

More than half earn less than $52,000 and roughly eight in ten earn less than $78,000 per annum, which means eight in ten of this age group – who are at the peak of their family formation potential – would be faced with a price multiple of more than 5 times incomes on a $400,000 property, and more than half would be faced with a price multiple which is eight times their income, or more.

None of this is great news. For developers trying to provide affordable new housing in new greenfield estates in urban fringe locations, the reality of these income profiles can’t be escaped.

I had the privilege of visiting one such estate in south east Queensland recently and what I saw was absolutely first class product at very good entry level prices in a very well designed environment.

No ‘McMansions’ here – just quality new detached three and four bedroom homes, on small lots, priced from around $350,000 – and in some cases less.

But even at $350,000, only around 15% or so of the target 25 to 34 year old demographic could afford to get in with a price multiple of less than 5 times an individual’s income.

That proportion would rise taking into account combined incomes for this age group, but it won’t rise beyond around a quarter or a third. 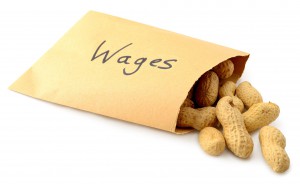 The reality is that more than half this age group would find an entry level $350,000 home would be six times their combined incomes or more. It would be tough going.

Granted, interest rates are currently very low and some governments are offering stamp duty and other concessions to first time buyers.

But these are having next to no impact on this market. Rates of first home buyer activity are at generational lows.

A significant rise in variable home loan rates could tip a substantial number of families in this age group from the ‘just making it’ basket into the ‘we’re stuffed’ basket.

Since the ‘do nothing’ policy approach doesn’t seem to be working, what could be done to turn the situation around?

Basically, it’s a simple formula between incomes and prices

You either increase incomes or reduce prices.

The first probably isn’t an option unless incomes can gradually creep up with inflation and with productivity gains over time.

But what could also happen is the cost of supplying new housing (not referring to existing stock) could be reduced.

New housing is heavily taxed and over regulated (the same cannot be said of existing stock).

Something like a quarter to a third of the cost of the new home in an urban fringe location is due entirely to various taxes, charges and compliance costs (which do not apply to existing stock).

It is also affected by the rapid escalation in land costs due to policy induced supply constraints in areas of ample available land (the same can’t be said of existing stock in mostly built-out inner or middle ring areas).

Most of these additional costs of supply owe themselves to policy changes made since the early 2000s – precisely the time when the affordability gap began to widen.

It does seem a compelling place to start.

We should aspire to a more competitive Australia but this policy effort cannot just focus on labour costs because our incomes, while high by competitor standards, are now generally insufficient to cover one of the basic necessities of life: shelter.

We have made this happen because policy makers have deliberately increased the cost of delivering new housing with new taxes, charges and compliance costs, all justified on esoteric planning or sustainability principles but impossible to justify on social equity or economic grounds.

Why Labor Governments introduced policies which hurt people on working wages is as mystifying to me as to why Liberal Governments have continued to maintain the same policy positions, with minimal amendment).

The gap between the cost of supplying even relatively basic housing on the urban fringe, and the incomes of the people who in past generations could afford it, will continue to widen unless regulators and policy makers begin to grasp the wider economic consequences of policy-inflated costs for new housing supply.

Footnote: why a five times multiple?

There is no strong reason.

The authors of the global housing affordability report Demographia will argue that affordable housing should be around three times incomes.

The multiples of 7 or 8 times incomes, which we’re seeing in Australia, are off the scale.

But for the purpose of argument, if even relatively high (by international standards) multiples of 5 times incomes seems like a utopian dream, it illustrates how far incomes need to rise or costs of new supply should fall before we get even close to the situation that prevailed for most of our history. It’s a big challenge.

'What we earn' have no comments