At a time when there are stark differences in the performance of various property markets around Australia, investors need to remain very level-headed.

Many people, in fact, are too easily swayed and they just simply follow what everyone else is doing – a bit like herd mentality.

In a recent Real Estate Talk show I spoke with Damian Collins from Momentum Wealth in WA about this.

Kevin:  Do you often see people just willing to follow what everyone else is doing instead of trying to plot their own course?

Damian:  Definitely, we do see that, Kevin.

It’s been a human trait that’s been around for a long, long time, and I don’t see it changing anytime soon.

What we’re seeing, as you would know, in the Sydney and Melbourne property markets over the last 18 months is when everyone else is getting in, the rest of the herd jump in.

You see on the other side of the scale, good buying opportunities in other locations and because no one else is buying, people think it must not be a good time.

We’ve end up seeing the weight of money go perhaps into overheated markets.

We saw it in the Pilbara in Western Australia years ago when people were paying $1.3 million for properties, and now sadly some of those are worth less than half that and their rents are down 70%.

Kevin:  Yes. It’s a bit like comfort in numbers, but there must be a strategy to all of this.

How can we overcome that and be sure that we’re moving in the right direction, Damian?

It’s looking over a five- or ten-year horizon.

There’s always the thing I refer to as mean reversion.

It basically means if a market outperforms too long and too much in too short a time, it inevitably comes back to the norm. 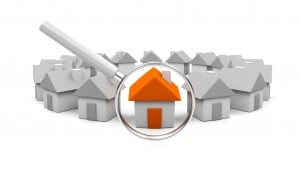 We’ve seen that before.

When Sydney had its last big run up in 2001 to 2003, for the seven years thereafter, it barely did capital growth at the rate of inflation.

We also saw the same in the Perth market – it overshot from 2003 to 2007, then had a long period there where it underperformed.

Mean reversion: property can still grow strongly, but if it has a big period of short-term outperformance, it comes back.

You have to look and say, “Where’s the market been?”

If it’s had a big, strong run-up already, the likelihood is that it’s far less likely to do that in the near future rather than the more likely.

Yet most people think “It’s gone up so much so quickly; it’s going to keep doing it.” Well, it doesn’t work that way.

Kevin:  The market is cyclical, of course, and you certainly have to become a student of it.

I think that’s even more so nowadays, Damian.

I remember 10 to 20 years ago, investing in property and it was pretty forgiving, really.

If you made a mistake, you could always pick it up somewhere else, but nowadays the losses can be quite enormous, as you mentioned earlier.

Damian:  Definitely, Kevin. We’re not in that environment that we were in the 1980s and even into the 1990s where your inflation was much higher, wage growth was much higher.

Property prices would inevitably go up 8% and sometimes more on average per year.

The likelihood of all properties going up 8% per annum into perpetuity is far less likely just because our wage growth is 3% and inflation is at two and a bit percent now.

I think what you’ll see is average property prices in most cities be close to that 4% to 5%, but within those cities, you still might find pockets and individual properties that do towards that 7% or 8%.

But you’re right, the market’s not forgiving anymore.

It’s not always going to continue to outperform and grow strongly, so it’s really about property selection, due diligence, homework, and finding that location that’s got the best potentials for the next five to ten years.

Kevin:  I think it can be all summed up in a line I think you used in a blog sometime ago: “Don’t be a sheep; be a shepherd.”

Damian:  Yes. Unfortunately, you’ll find 90% of investors follow the herd and are the sheep.

It’s not just the property market, Kevin. I’ve seen it in the share markets. Warren Buffet  – one of the most successful investors in the world – buys counter-cyclically.

That’s how you make good money in property. You still have to have an area that has good long-term fundamentals – don’t just buy because it’s cheap – but if you buy the right area at the right time in the cycle, there is plenty of profit still to be made.

Kevin:  Damian, thanks so much for your time.

'Don’t be a sheep, be a shepherd in property' have no comments