If truth is the first casualty in war, then the current ‘debate’ on negative gearing is the policy equivalent of World War III.

There are lies on both sides but as arguments and accusations are tossed liked grenades from the trenches, the underlying problems of housing market dysfunction are forgotten.

There’s nothing new or inherently wrong about negative gearing but concerns about the extent of its use for speculative property investment use have been raised by economists for more than a decade.

Those concerns were heightened when in 2014/2015, the value of loans to property investors for the first time exceeded loans to owner occupiers. 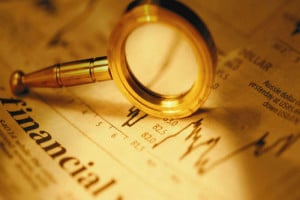 Further, it was obvious both from official statistics and casual observance that investors were fighting with first home buyers for established lower to middle priced homes in the suburbs: typically the types of homes sought by young couples and families.

We were eating our young.

While on the one hand governments and various industry groups mouthed concerns about housing affordability, we at the same time applauded ever increasing housing prices and the wealth creation that on paper went with it.

Mid last year, then Prime Minister Tony Abbott went as far as to suggest that he hoped prices were increasing – on the very same day that the head of Treasury expressed concerns about a housing bubble in Sydney.

Fast forward to 2106 and a new Prime Minister: Malcolm Turnbull.

In February, Bill Shorten – a Labor Opposition Leader (who few give any chance of actually winning the next election anyway) – suggests that negative gearing should be pulled back to apply to new property only and that the capital gains tax concessions should be pulled back from 50% to 25%. In response, PM Turnbull suggests this might lead to a form of economic Armageddon.

Supporters of the status quo are claiming that ‘average mums and dads’ are the biggest beneficiaries of negatively geared property investment, which many indeed are and have been.

But equally, there are some obvious excesses which even the most ardent supporter would struggle to hold up as models of equitable tax or housing policy or lending practices or indeed economic policy generally.

Take the now famous example of ‘Property Investor of the Year’ from Your Investment Property Magazine of 2012.

Kate Maloney and her partner, at the age of just 24, won plaudits from various judges (some of them still high profile housing market commentators) for amassing a substantial property portfolio.

(The full copy of the article announcing winners and runners up is here).

“Three years later,” she now writes, “if we were to sell our properties, we would still owe the banks about three million dollars not including arrears interest and selling costs.

We are currently in the process of sorting out the debts. The outcome at this stage is uncertain.”

Or what of the story in the Australian Financial Review of the 15th of February, which was intended to paint a picture of some ‘average mums and dads’ using negative gearing, who would presumably in the future not have the same opportunity should Shorten’s proposals get up?

The story, entitled “Investors to lose under Labor’s gearing plan” profiled a young couple, Simon and Rebecca Cooney, with two young children and who “are nurses who both earn more than $100,000 and bought their first unit in Darwin in 2006.

They now have four properties in the Northern Territory capital, Brisbane and Katherine and owe $1.7 million on the homes worth about $1.95 million.”

That’s right – this level of indebtedness is put forward as an example of people who will ‘lose out’ should negative gearing be changed.

If owing $1.7m on a $1.95m portfolio when pulling in a combined $200k with two young kids is now a good thing, then everything I learned at high school economics and accounting was wrong.

Everything my parents taught me was wrong.

Plus the lessons of history are also wrong.

Hell, even the leadership of the country is wrong.

Yikes, what a dope I’ve been!

Another frightening yarn (unlikely to be the last) in the Australian Financial Review of the 24th February told the story of a hedge fund manager and an economist who posed as a gay couple with a combined $125,000 in income who toured the western suburbs of Sydney looking for property, to see what was really happening at the coalface.

Like a scene straight from the movie ‘The Big Short’:

“both men encountered many investors who were able to get revaluations on their properties to increase their equity for speculative purposes.

They (mortgage brokers) wanted to put you into 10 to 15 apartments… (and) the only way they could do that was getting the bank to revalue the property so you could revalue properties quickly.”

Yep, it’s all good. Nothing to see here. Move along.

Sadly, what has become obvious is that we have become a nation divided.

There are those exposed to the property sector who will fight against any policies which could even hint at cooling markets and lowering prices.

Our ‘battlers’ from Darwin would be just another round of casualties – like Ms Maloney – should that happen.

But at the same time, we have a pressing problem with affordability and know that the very high prices of housing in major centres is leading young couples and families – including our own children – to defer entering the market, or to be entirely precluded from it.

Their housing choices are being forcibly compromised by social engineers who have deemed it only fair that in the future, we raise families in (mainly small) inner city apartments and abandon private transport in favour of public (or cycling).

Evidently, detached homes in the suburbs are now for high income earners or investors, actively accumulating ever bigger portfolios.

Meanwhile, the entire supply side of this discussion has (again) been pushed to one side.

We have artificially inflated land prices by creating contrived growth boundaries around urban centres, intensifying competition for development sites to dizzying levels which flow directly to the consumer.

Then we choke that limited supply with byzantine planning controls that even senior lawyers struggle to interpret, leading to high compliance and delay costs.

For good measure we then tax that limited supply with excessive “user pays” levies for infrastructure that doesn’t yet exist, while buyers of established homes in pampered inner city areas are surrounded by quality infrastructure they pay comparatively little for. 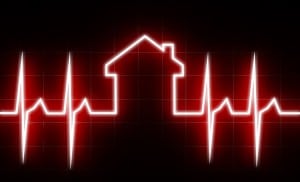 Our housing markets, the policies that guide them and the way in which new supply is controlled, have been allowed for successive years to get progressively worse, with little intervention other than to add complexity.

We stand idly by and ‘tutt tutt’ the mounting generational affordability problem, all the while clipping the ticket as our existing portfolios rise in value.

It’s as if the Property Council’s latest campaign to defeat even the mention of changes to negative gearing – posed as it was by an opposition leader that few give a chance of winning – was spot on by picturing our housing markets as one big collective house of cards.

Touch or tinker with any part of it, and the entire house of cards might come crashing down.

Even raising this as a proposal from opposition benches is apparently perceived an act of war.

I’m not sure whether that was the intention or not but it’s a scary thought to think that our markets might now be so distorted and vulnerable that even a discussion about changes to one aspect of housing policy is something to be attacked with hostile intensity.

Better it seems to instead cry havoc, and let loose the dogs of war.