How are your finances going? Are you financially comfortable?

Well more Australians are struggling financially with a lack of cash savings being one of the biggest areas of concern among Australian households, according to ME Bank’s latest biannual Household Financial Comfort survey.

In June only 46% of households reported the ability to save each month, the lowest level since ME Bank’s first survey in October 2011 (and falling 3% from December 2013), while 42% were breaking even and 12% were overspending by drawing on savings, loans or home equity. 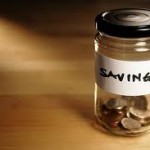 This contrasts with the latest official estimates showing the average household savings rate at about 10% of disposable incomes – only slightly below the recent highs of the past decade.

Unsurprisingly ‘level of cash savings on hand’ appeared as a top two concern, reported by 36% of respondents.

Concern about cash savings was a key factor that contributed to an overall 3% fall in ME Bank’s Household Financial Comfort Index to 5.33 out of 10, largely reversing previous gains in 2013.

Other factors contributing to the fall in the overall Index was a marked drop in ‘expectations for financial comfort over the next year’, and, to a lesser extent falls in comfort with ‘household income’, as well as ‘anticipated standard of living in retirement’.

In terms of future expectations for financial comfort over the next year, this fell sharply by more than 10% from December 2013 to an index of 5.1 (out of 10) in June, the lowest since the survey began.

There is a strong link between a fall in future expectations and the 2014-15 Federal Budget, with 67% of households expecting their financial situation to worsen over the next year as a result of the proposed tightening of government assistance in the Federal Budget.

The survey clearly identifies the Federal Budget as a factor negatively affecting many households, with the ‘impact of legislative change on my financial situation’ now appearing as a top five concern for households for the first time – 29% of households identified it as their biggest worry, a rise of 12% since December 2013.

The Budget had a greater negative impact on those groups dependent to some extent on government assistance, with overall financial comfort falling significantly in the six months to June 2014 for unemployed people (down 22% to 3.5 out of 10), tertiary students (down 8% to 4.9), government-assisted single parents (down 12% to 3.4), couples with primary and teenage children (down 7% to 5.0 and 13% to 5.2, respectively), and government-assisted retirees (down 15% to 4.7).

Falls in household income and anticipated standard of living in retirement

“Household income has been negatively impacted by relatively low average wage growth, moderate job gains, rising unemployment and corresponding falls in job security over the period, as well as an anticipated tightening in government income assistance and tax benefits announced in the Federal Budget.

About the same proportion of Australians (30%) reported income gains as income falls during 2013/14, compared with the corresponding outcomes of 39% and 28% respectively during the previous financial year.”

In terms of ‘anticipated standard of living in retirement’: it fell 4% to 4.88 out of 10, largely impacted by legislative changes announced in the Federal Budget. ‘Ability to maintain lifestyle in retirement’ emerged as a top three concern among households for the first time, increasing by 5% to 35% of households.

Growing disparity in financial comfort between asset rich households and others

“The survey indicates a growing disparity in financial comfort between asset-rich households and other households, and between age groups. Asset-rich households (including self-funded retirees and home owners) have benefited from a sustained rise in global and local equity prices as well as significant gains in residential prices, especially in Sydney, Melbourne and Perth.

In contrast, limited household income gains and rising concerns about cash savings among most other households have seen their financial comfort falling.”

All the other main household groups experienced falling comfort in the six months to June 2014.

‘Single parents’ continued to have the lowest level of financial comfort (4.3), falling more than 8% from December 2013; however, within single parent households, ‘single parents’ who mainly rely on government assistance had a very low comfort level of 3.4 (down 12%), while ‘single parents’ with full-time work had a much higher level of comfort at 4.8 (down 3%).

Financial comfort falls in most states

Financial comfort was also lower across the major states during the past six months to June. Comfort fell by 5% in both New South Wales and Western Australia (to an index of 5.4 out of 10), while comfort in Victoria fell by 2% to 5.5 – or to about the same level.

Queensland was the only mainland state where comfort did not fall – unchanged at 5.2 – albeit below the average level across Australia.

Small samples make outcomes for the smaller states and territories somewhat volatile: Tasmania rose 10% to 5.83, the highest comfort of any state or territory, while the ACT fell by over a third to 4.4, the lowest comfort across Australia as a whole.