A new survey shows two-thirds of Australians believe property prices are vulnerable to a crash.

Respondents’ gloomier outlook was also evident in their expectations that dwelling values could rise.

Only 31% of respondents said they expected house prices to rise over the coming six to 12 months. 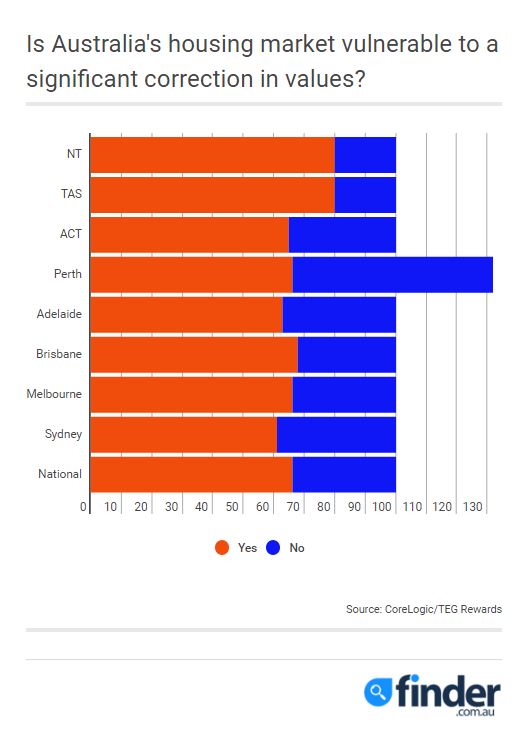 CoreLogic said its recent forecasts, along with those of Moody’s Analytics, predicted that dwelling values are likely to fall, albeit not significantly or for an extended period of time.

“Home values are already trending lower in Perth and Darwin with both cities recording a peak to current fall of 4.6%.

Additionally, the pace of capital gains in Sydney and Melbourne, where dwelling values have surged higher over the past two growth cycles, is moderating in what has been a controlled trajectory to date,” the company said in a release.

Consumer sentiment was dampened across most regions, with pessimism most prevalent in Tasmania and Sydney.

Only 40% of Tasmanian respondents and 50% of Sydney respondents indicated that they thought now was a good time to buy a home.

The report comes on the heels of Genworth’s recent Streets Ahead report, which showed a decline in homebuyer sentiment following three consecutive quarters of rise. 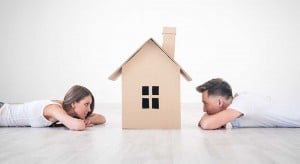 In spite of pessimism over house prices, respondents did signal they expect home loan rates to remain stable.

Nearly two-thirds of respondents said they expected stable rates over the coming year, while slightly more than 25% predicted rates would rise.

Only 7% of respondents, however, expected mortgage rates to fall, signalling that consumers believe rates may be at the bottom of their cycle.

“With bank funding costs moving higher, there is some risk that mortgage rates will increase outside of any movements from the Reserve Bank’s overnight cash rate,” CoreLogic RP Data research director Tim Lawless said.