The 2.8% increase over the past three weeks partially retraces the declines recorded through January (-4.5%). 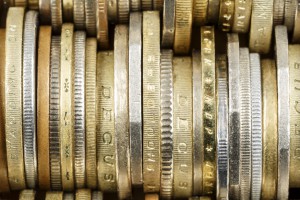 With the negative impact from the financial market volatility in early January appearing to be short-lived, confidence is now tracking higher with most sub-indexes showing an improvement.

Of course consumer confidence is one of the many factors affecting our property markets and that’s why I keep track of it.

Consumer Confidence in the past few weeks shows consumers’ views towards their current personal finances and the near term economic outlook were most sensitive towards the financial market rout, falling between 6-8% in the last four weeks of January.

They have, however, recovered in the past three weeks, with both rising a cumulative 4.2%.

Overall though, households’ confidence in the economic outlook remains much weaker than their view of their own finances.

Confidence towards whether ‘now is a good time to buy a major household item’ fell 4.0%, weighing on overall confidence.

“ANZ-Roy Morgan Consumer Confidence is starting to show an upward trend as financial market volatility wanes. With equity markets off their lows, consumers have turned their focus to domestic factors, notably the recent pick-up in auction clearance rates and solid conditions in the labour market.

“Looking ahead, developments in the policy debate, in particular around tax, are likely to influence consumer sentiment. Discussions around tax reform and spending cuts are likely to intensify ahead of the May Commonwealth Budget and could weigh on sentiment in the coming months.

“In addition, the impetus from the strength in the labour market may dissipate if employment growth slows around the middle of the year as we expect. This will be important for the outlook for monetary policy with the RBA looking for consumption growth to return to above trend later this year.” 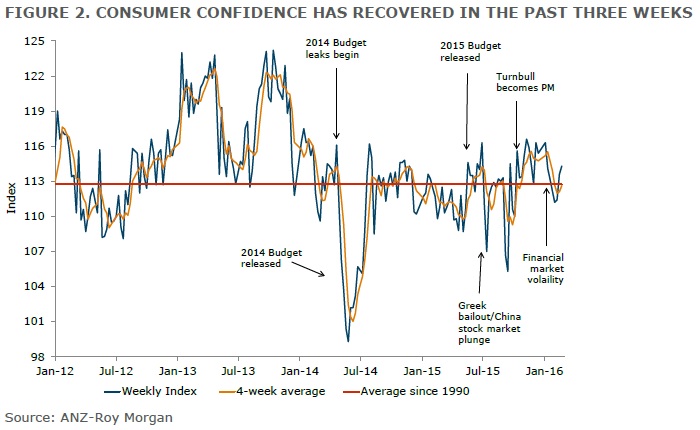