ANZ-Roy Morgan Consumer Confidence fell 1.2% to 112.0 this week having fallen 2.6% over the previous three weeks.

Now I keep track of consumer confidence becuase it’s one of the more important factors affecting the health of our property markets.

This fall brings confidence down below its long run average for the first time in seven weeks.

While it’s always difficult to pinpoint the driving forces behind confidence, it seems likely that the current discussions on policy reform ahead of the Federal Budget in May, as well as the recent weakness in equity markets, are affecting consumers’ confidence.

“ANZ-Roy Morgan Consumer Confidence has fallen over the past four weeks, and is now down below its long run average. Confidence is likely being weighed down by the discussion around tax and other policy reforms which are in the spotlight in the lead-up to the Commonwealth Budget in May. This uncertainty is likely to intensify over the coming weeks and the Government’s ability to deliver a clear and credible economic platform is likely to be a key driver of household confidence in the near term.

“While news flow around the Budget and recent losses in the equity markets may be weighing on confidence, labour market conditions are likely to be providing some support. In particular, the dip in the unemployment rate to 5.8% in February is likely to be providing some comfort to households. Further inroads into the unemployment rate are likely to be necessary to spur stronger growth in household confidence and in turn drive stronger growth in consumer spending.” 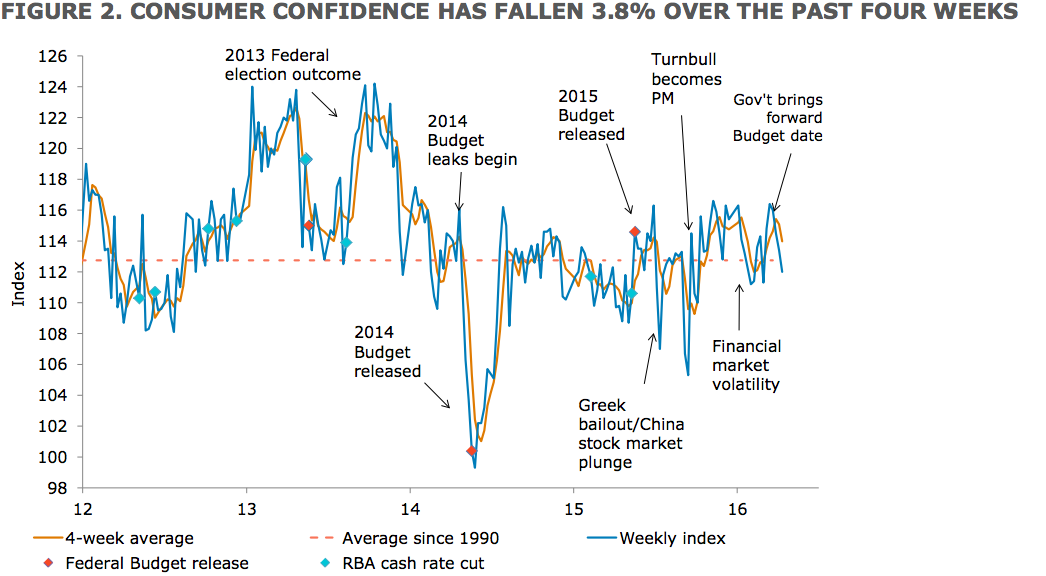 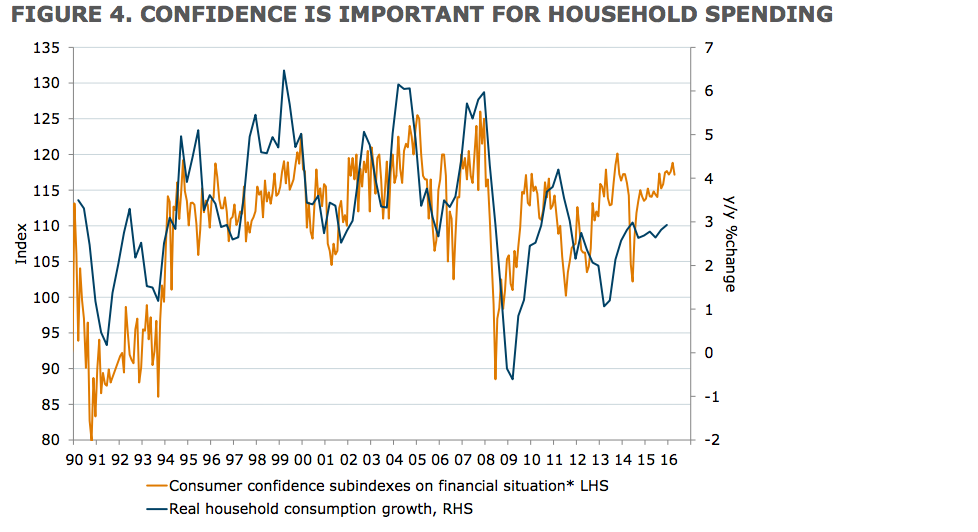 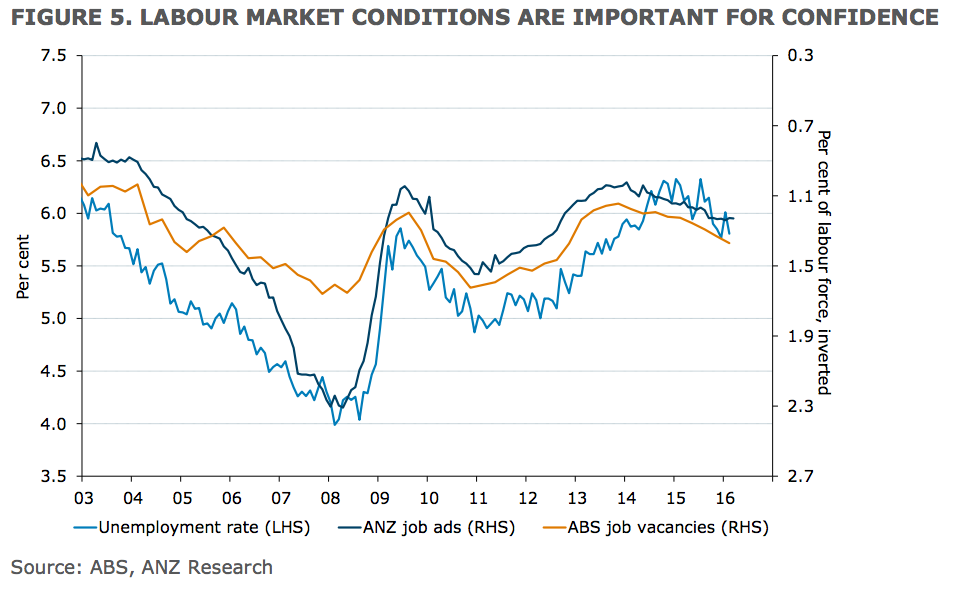 'Consumer Confidence on the Skids' have no comments