Another positive sign for our property markets is that ANZ-Roy Morgan Australian Consumer Confidence jumped a solid 3.6% to 121.8 (vs 117.6 previously) this week.

This is the highest level since November 2013. 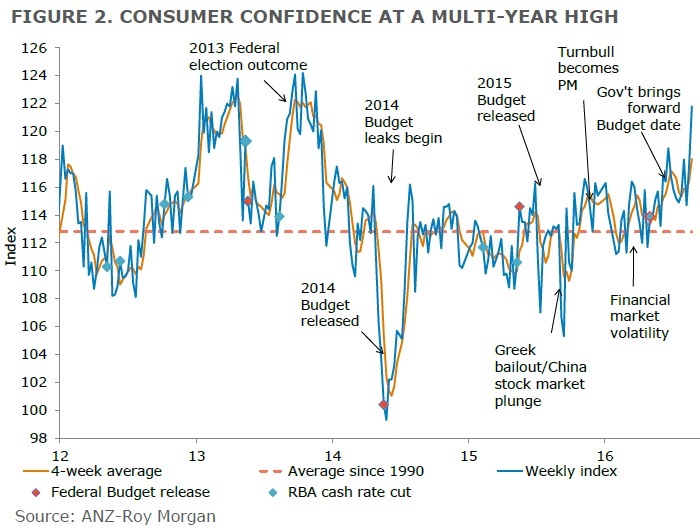 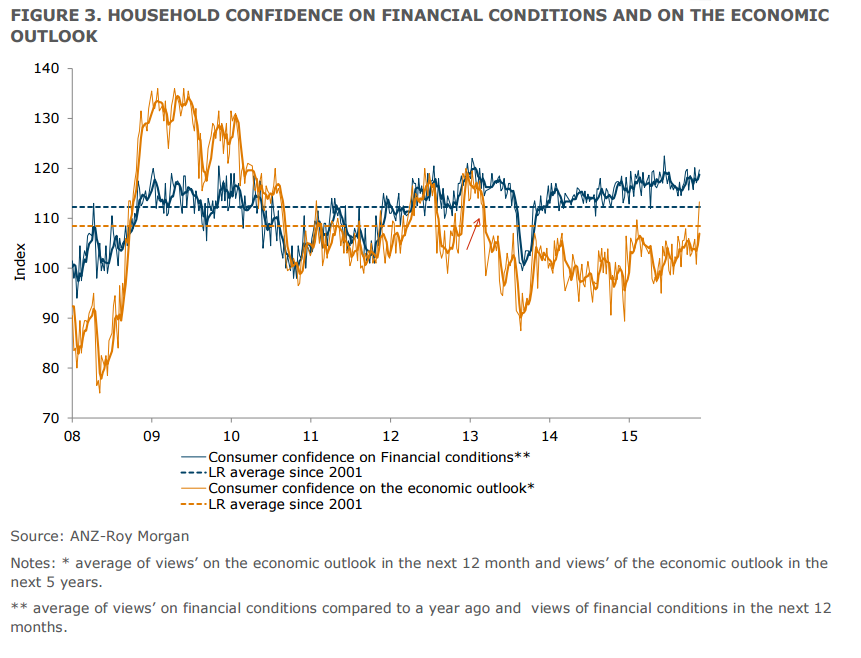 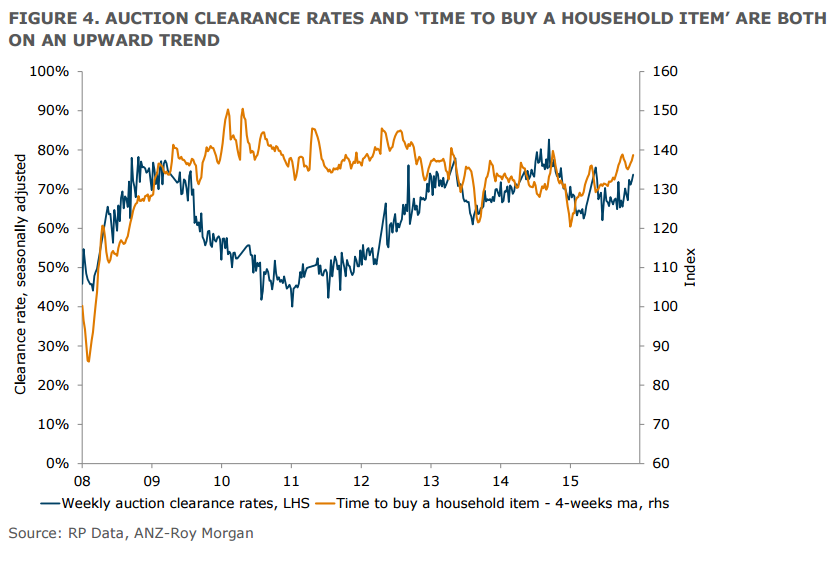 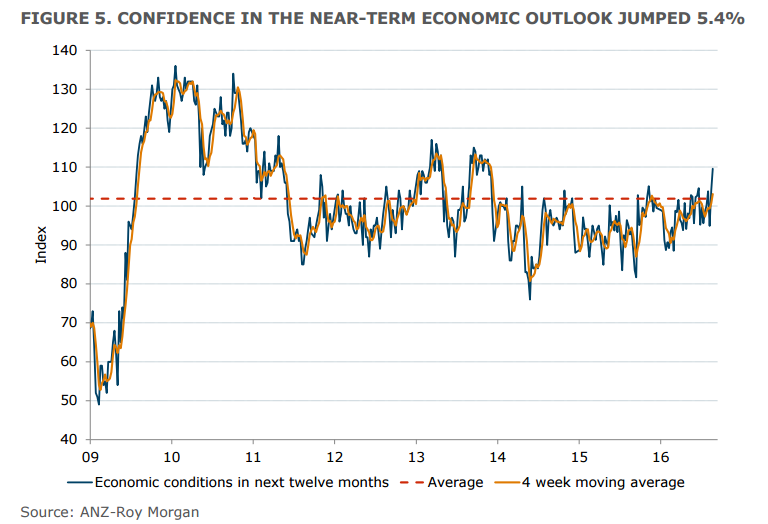 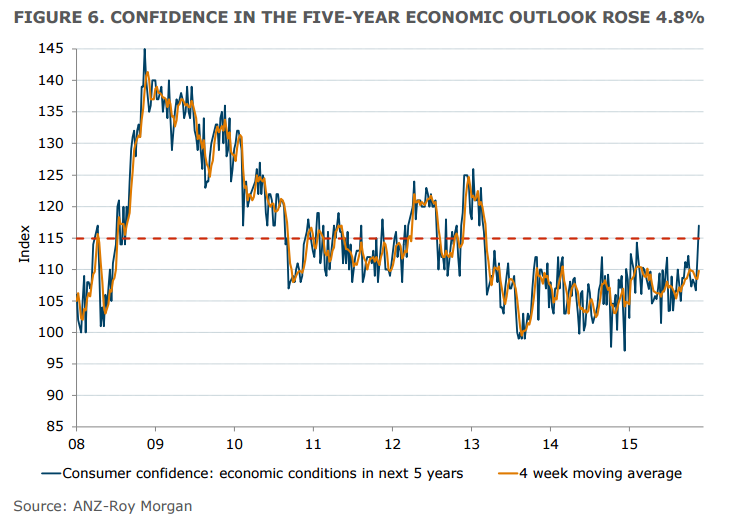 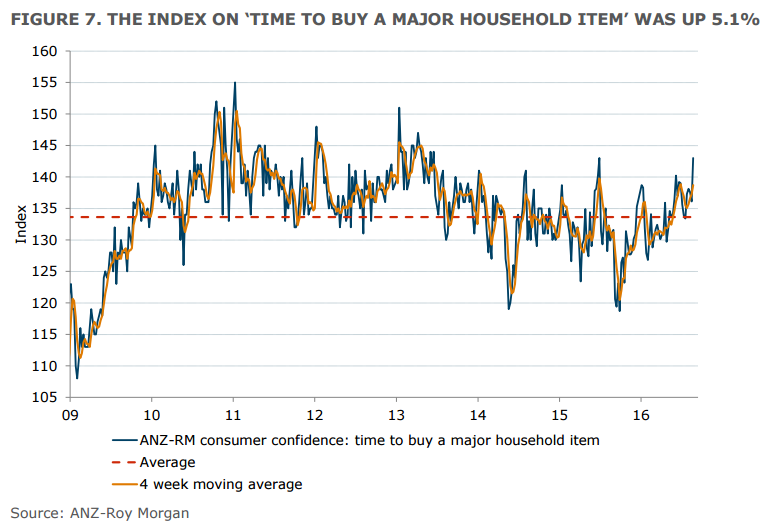 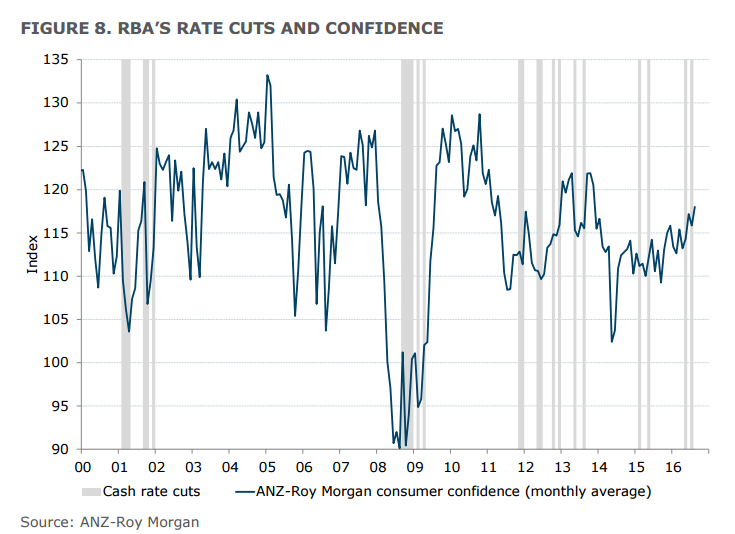 “ANZ-Roy Morgan Consumer Confidence has increased significantly over the past two weeks and it now sits at the highest level in almost three years. The four week moving average is now 4.6ppts above the long run average and confidence has trended steadily higher since early 2016. The lift in confidence reflects more upbeat views of consumers’ personal financial situations, as well as improving confidence about the economic outlook.

“Higher levels of confidence are consistent with another week of solid auction clearance rates – particularly in Sydney and Melbourne. Adding to the positive mix, equity markets remain buoyant and volatility in financial markets is low. While good news on the housing markets appear to have boosted confidence recently, the key for the broader economic outlook is whether higher confidence can translate into spending, particularly given high household debt.“

“ANZ-Roy Morgan Consumer Confidence has increased to a near three year-high of 121.8 (up 4.2pts) this week as rising share-markets, and a rising Australian Dollar, combined with the Olympic Games in Brazil have given Australia a boost during a political ‘lull’ – Australia’s Parliament is yet to sit since the Federal Election which was held nearly two months ago.

“The biggest drivers of this week’s increase in Consumer Confidence were the economic indicators relating to the Australian economy. Economic conditions in Australia over the next 12 months is at +10 and economic conditions in Australia over the next five years is at +17 – the highest ratings for both these indicators since November 2013. The Australian All Ordinaries (today at 5,553.80) is near its highest levels for over a year and the Australian Dollar has increased steadily since hitting a low of 71.8 US cents in late May to now be clearly above 76 US cents. The indicators are suggesting Australians believe the worst impacts of the end of the mining boom may now be behind us.”