Today was a busy auction day, in part because of the lull last Saturday with the election and partly because it’s the Spring property selling season.

Sydney hosted the second highest number of auctions of the year and Australian Property Monitors reported a 84% auction clearance rate.

Investor activity remains a key driver of the Sydney housing market with the ABS reporting that 51 percent of lending for home purchases in New South Wales over July was for investors.

This weekend Melbourne home buyers will have the highest number of properties offered for sale by auction since the pre-Easter Super Saturday auction weekend in March nearly 6 months ago. The Melbourne housing market has clearly strengthened since then with buyer and seller confidence rising as interest rates have fallen. 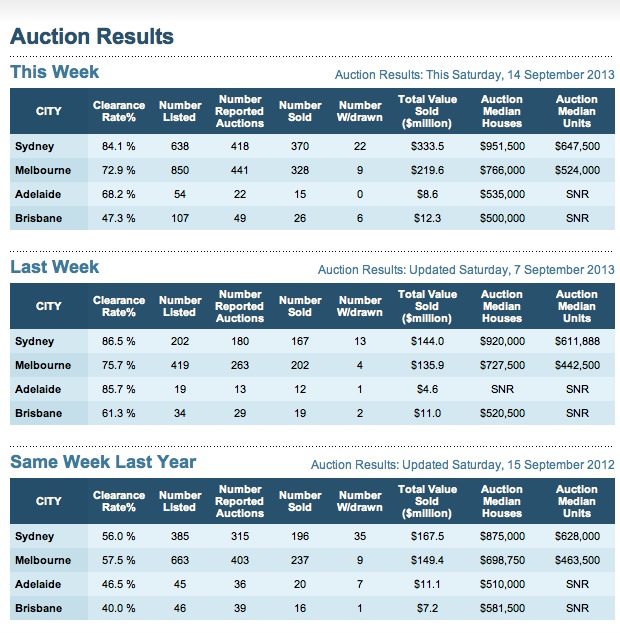