After a tremendous run, the volume and value of residential building approvals is now rolling over. 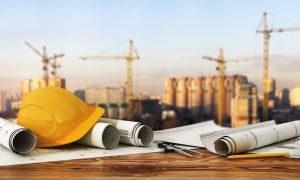 Only 13,545 dwellings were approved for construction in January in original terms.

Of course January always a quiet month for approvals, but this was well down from 15,589 in the prior year as the preceding apartment surge begins to bite.

The chart below plots the dollar value of building approvals by month, for the residential and non-residential sectors.

The figures are necessarily lumpy, but show the value of residential building looking set to drop. 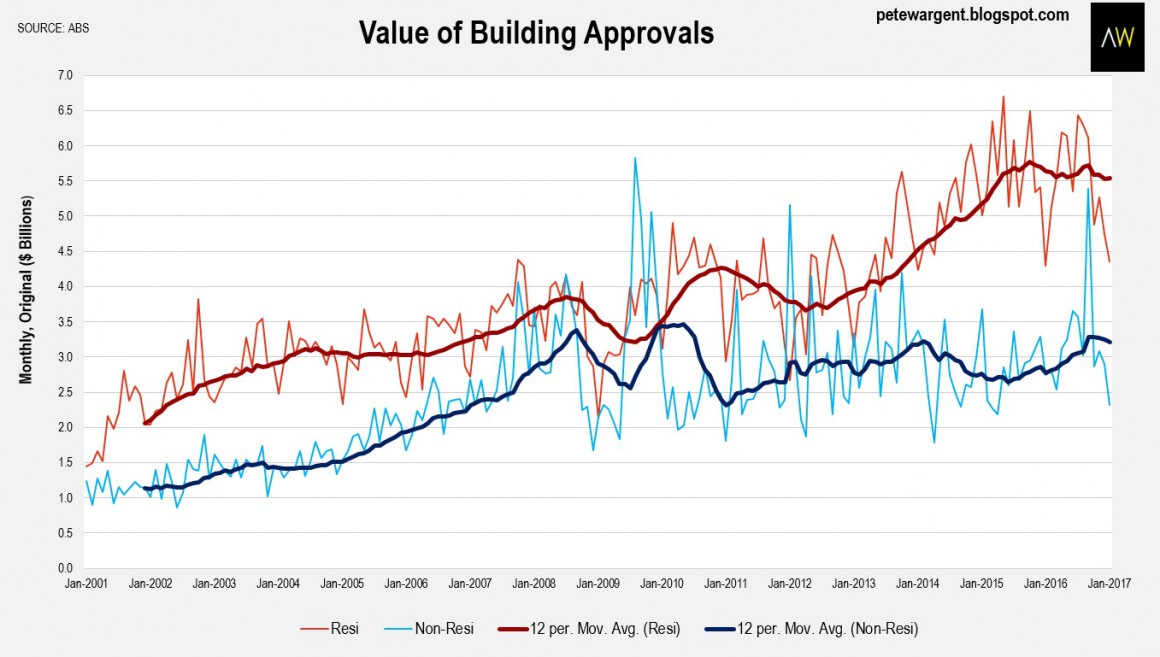 The picture for non-residential building is also rather mixed.

There was a huge multi-billion dollar spike in September, in part relating to Packer’s Barangaroo development in Sydney, but the uptrend seems unconvincing.

One of the challenges is that so many commercial projects and investment decisions can be pro-cyclical, as I looked at here in respect of Western Australia.

Around the states, there has been a recent pick-up in non-residential building approvals in Western Australia, relating to an extensive retail expansion, which I looked at in more detail here. 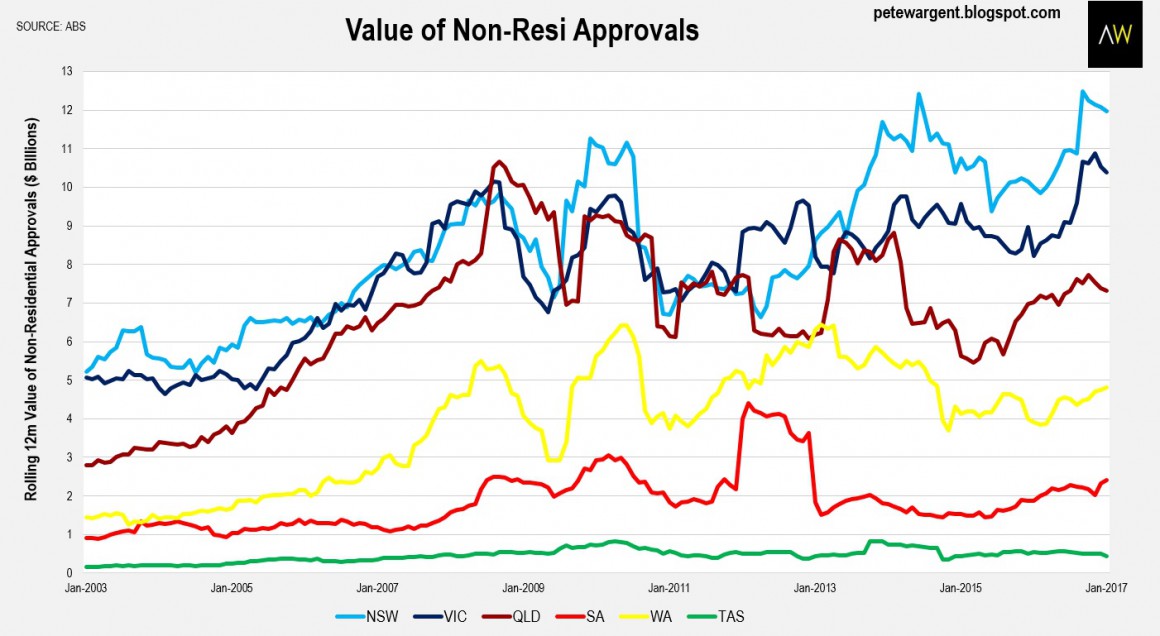 Tens of millions of dollars in approvals are set to be been passed for retail expansion in Perth and WA, including at Mandurah Forum, Westfield Whitford City, Karrinyup, Westfield Innaloo, Westfield Garden City, Westfield Carousel, and Westfield Galleria. While Sydney and Melbourne have been thriving, other states and territories have had lukewarm economies at best in recent years. 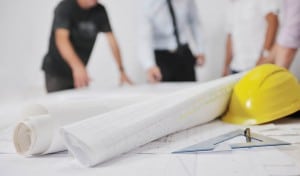 The figures above suggest that a moderate improvement may be due in South Australia, where a number commercial, industrial, and education projects are set for a green tick.

There has also been a $300 billion expansion approved for SkyCity casino in Adelaide, helping to juice the numbers.

No matter what the drivers are, Adelaide has long needed a boost, and now the City of Churches appears to be coming to life a little. 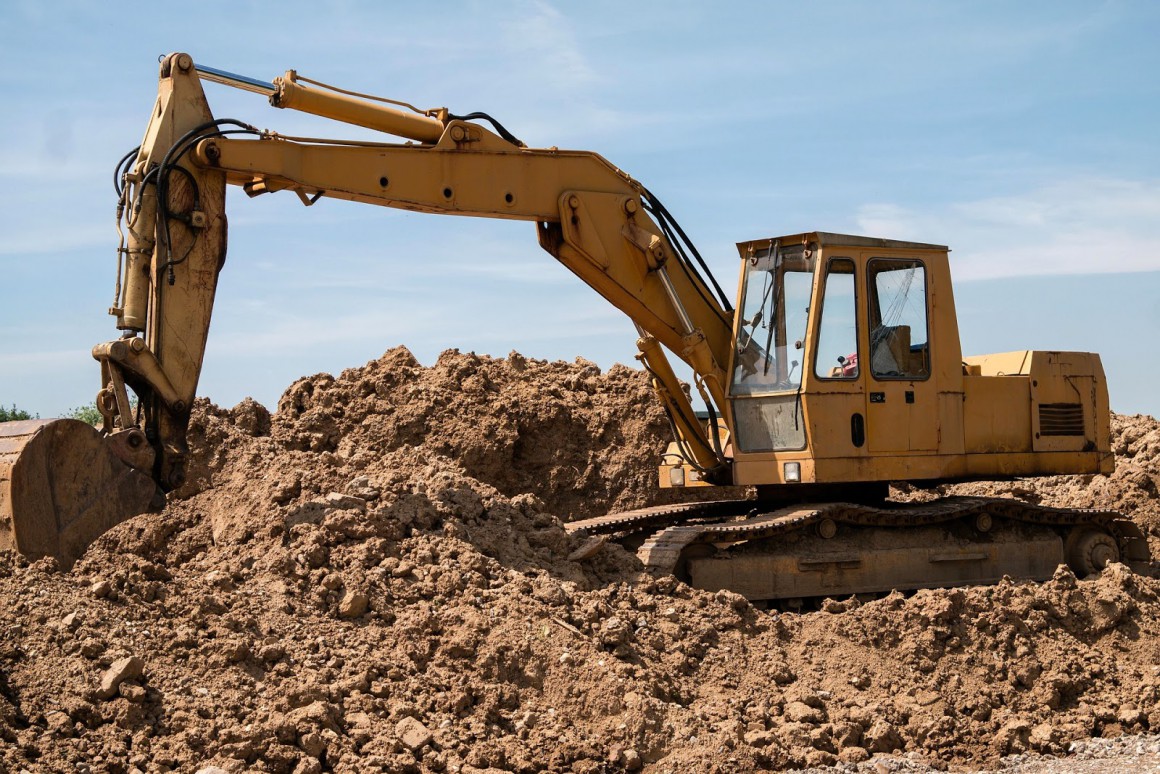 'Construction boom set to roll over?' have no comments