Australia has been ranked the world’s happiest nation among developed economies for the third year running.

Top position went to Australia, because of the overall strength of its economy, in the Better Life Index compiled by the Organisation for Economic Co-operation and Development

The survey ranked more than 30 countries on criteria such as income levels, health, safety and housing.

According to the OECD:

“Australia performs exceptionally well in measures of wellbeing, as shown by the fact that it ranks among the top countries in a large number of topics in the Better Life Index,”

Australia, the only major developed nation to avoid the 2009 worldwide recession, remains at the top of the OECD index even as the mining boom powering economic growth crests and the government forecasts unemployment will rise to 5.75 per cent by June 2014, from 5.5 per cent last month.

The average household net-adjusted disposable income was $US28,884 a year, well above the OECD average of $US23,047.

“Money, while it cannot buy happiness, is an important means to achieving higher living standards,”

According to the OECD, the top 20% of our country’s population earn six times more than the bottom 20%. The data also showed Australians work fewer hours a year than their OECD peers. The average Australian works 1693 hours, compared with most people in the OECD who work 1776 hours a year.

And more Australians participate in the democratic process than anywhere else in the OECD, with 93 per cent voter turnout during the last election, the highest among the surveyed countries. The average is 72 per cent.

Australians are also more satisfied with their lives than the OECD average, with 84 per cent of people saying they have more positive experiences in an average day (feelings of rest, pride in accomplishment, enjoyment, etc) than negative ones (pain, worry, sadness, boredom, etc). This figure is higher than the OECD average of 80 per cent. 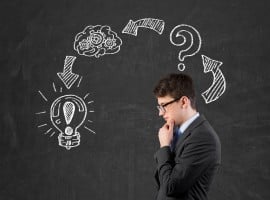 What type of entrepreneur are you?