The Prime Minister’s plan to help first-home buyers purchase with only a 5 per cent deposit could have a major impact on the broader economy.

The Coalition’s First Home Loan Deposit Scheme, particularly in the current market and with the increased likelihood of interest rate cuts by the RBA, was by far more effective than Labor’s proposed taxation changes and would support the market instead of further weakening it. 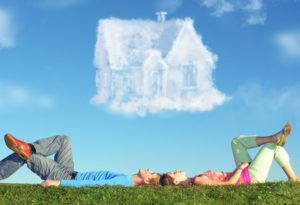 Based on previous outcomes when the first-home buyers’ grant was implemented by the Labor Government in 2008, there would be a positive flow-on affect to the broader market.

When the grant was introduced it saw an increase in demand from first-home buyers for established affordable properties and this resulted in a larger number of sellers of those properties, who in turn became upgraders and therefore significantly increased the demand for more expensive properties.

This then had a further upward impact on the demand across the entire market.

And this will help boost GDP growth, through an increase in household consumption, as well as have a positive impact on jobs and property-related costs.

The Coalition government has announced it will underwrite home loan deposits for first-home buyers who cannot achieve the 20 per cent that most banks require.

Although the number of loans is expected to amount to around 10,000, when you take this amount and add in the saving of the LMI, potential interest rate cuts and the flow-on effect on upgraders, this could support particularly affordable markets that are more appealing to first home buyers..

Also, the Prime Minister has said he would like to run the scheme through second tier lenders and this will further improve the position of non-bank lenders in the market.

The First Home Loan Deposit Scheme, adopted from New Zealand’s Welcome Home Loan program and announced by the Prime Minister Scott Morrison at the Liberals’ formal campaign launch in Melbourne last week, will mean first-home buyers, who have been able to save a deposit of at least 5 per cent, will be able to access a government guarantee for the remainder of up to 20 per cent of a property’s value.

It will also remove the costs of paying lenders’ mortgage insurance.

The scheme will offer up to $500 million in equity through the National Housing Finance and Investment Corporation, would start on January 1, 2020, and be capped for individuals earning $125,000 and couples earning $200,000.

The value of homes that can be purchased under the schemed would be determined on a regional basis.

Labor has said it will match the Coalition plan, stating it could afford to do so as it was “closing loopholes” for the wealthy.

Labor’s proposed taxation changes, to limit negative gearing to new homes only and cut capital gains tax from 50 to 25 per cent, would have “unintended consequences” and further impact an already weak housing market.

The property market has been experiencing ongoing weakness.

Tighter lending standards, the findings of the Banking Royal Commission, political uncertainty, fears of the potential changes to negative gearing and capital gains tax, restrictions on foreign investors, unit oversupply and large falls in dwelling commencements have all had a material impact.

The Coalition’s plan brings a number of potential benefits with a positive flow-on effect on the housing market and the broader economy. At this point of time when the market needs strong measures to support demand, the Coalition’s scheme, alongside potentially two interest rate cuts, will deliver good benefits across the board.

First, the number of qualified buyers will increase. Many first home buyers who currently don’t have sufficient deposits will be able to significantly decrease the amount of time it takes to purchase a property, even for 90 per cent LVR.

Secondly, they will be able to save the costs associated with loan mortgage insurance which amounts to thousands of dollars and could be well into the five figures.

In New Zealand, the Welcome Home Loan scheme, launched in 2003, means first-home buyers only need a 10 per cent deposit as opposed to a 20 per cent one normally required by most lenders.