I am continually amazed by the number of people who don’t appreciate that property cycles exist, let alone make an effort to understand the cause – economic rent.

A somewhat tricky concept, economic rent refers to the fact that property values capture all the benefits of economic growth.

People must pay this ‘rent’ to use the property.

In short, the better the property is, and the stronger the local economy, the higher the economic rent.

And because property is mostly privately owned (and can be bought and sold like any other commodity), cheap credit simply increases the competitive bidding for a chance to get this economic rent.

In addition, in areas with stronger local economies and/or additional fiscal influences, such as cashed up overseas buyers, the level of competition lifts further.

But by the end of the cycle – and there is always an end to a property cycle – the bidding becomes so crazy that prices collapse.

And things are starting to get more than a little crazy, if you ask me.

For example, a development site in the southern Sydney suburb of Arncliffe recently sold to a local Chinese developer; who paid $A26.5 million in cash for the 5,000 sqm site at 17-37 Wollongong Road.

The site has approval for 164 apartments.

That’s $164,000 per apartment land cost and on a pretty crappy and heavily trafficked road. 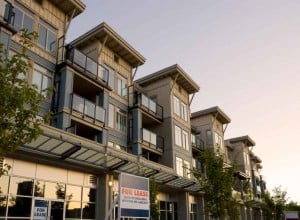 When I lived in Sydney, Arncliffe was a place to drive through, not live in.

Well, at least it is close to the airport!

Closer to home, southern, and particularly foreign developers are not adverse to paying over $100,000 per ‘box’ to secure a development site somewhere in south east Queensland.

Many will pay more for a site with a DA, regardless if what’s been approved has the right market match or is even economically viable, given the current market and most likely future economic settings.

Taking in a wider view, median dwelling prices in Sydney are now ten times average household earning and for many of Australia’s more urban places, the ratio between dwelling price and household income exceeds six.

For mine, these numbers are not sustainable and reflect an overheating market.

Anyway, we have decided – albeit very reluctantly, if the election results are any guide – to maintain the broader status quo.

As we wrote a few weeks back, this decision could come with some serious consequences.

But for the time being at least – well, the next year or two – we think it will be ‘business as usual’.

Any change to our credit rating, for example, and despite recent jawboning to the contrary, is likely to be years away.

In the meantime, interest rates will fall further; debt levels will increase; more new infrastructure projects will be promised and the divide between the ‘promise’ and economic fundamentals will continue to widen until, like economic rent and the property cycle, the price becomes too heavy to bear.

In short, a circle of strife.

Now, how do I finish this missive on a more positive note?

I am striving to push my alter-ego, Mr P, aside and look at things with a ‘glass is half-full’ attitude.

Bloody hard, and increasingly so, if you ask me.

And to that end, the property cycle across much of south east Queensland, with maybe a couple of exceptions, is improving.

The improvements are mild when compared to past recoveries and in some instances, very much so.

These improvements are being fueled by cheaper credit; improving job numbers (for now) and also interstate and, in some cases, overseas investment buying.

There has been an increase, albeit slight, in the number of interstate migrants to Queensland, too, and nearly all are settling in the south east corner of the state.

And, as we noted above, the RBA’s likelihood to drop interest rates further will help keep things afloat.

But sometime in the near future, this ‘pump priming’ will stop.

The catalysts are many and will likely come from abroad and increasingly from China as its borrowing escalates in an attempt to arrest falling economic growth.

But for the next year – and most probably two – most markets across south east Queensland will be in either the recovery or upturn phases of the property cycle.

How strong each market is depends on jobs and supply/demand balance.

'Circle of Strife' have no comments