While you may not be feeling the effects of the falling Australian dollar, some overseas investors are.

You see…investor flight to safety and sinking commodity prices have driven the Australian dollar to six-year lows.

I know because I’ve been keeping track of it as we’re once again planning our overseas vacation at the end of the year and it will cost us more.

But that’s nothing in comparison to the overseas investors who bought Australian real estate over the last few years and have lost about 30 per cent – more than $12 billion – off their local investments in the last three years.

Chinese citizens invested slightly more than $40 billion in Australia over 2012 and 2013, according to the Foreign Investment Review Board. 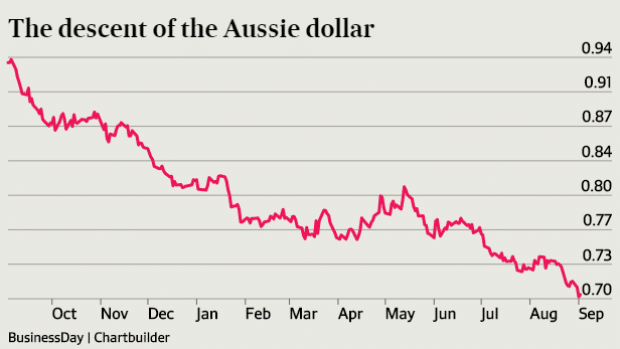 About 24 per cent of that total – some $22.5 billion – comes from real estate purchases.

Another $9.2 billion comes from portfolio investment; $4.1 billion from students and slightly more than $6 billion through the Australian government’s Significant Investor Visa program, which grants a four-year provisional visa to people who invest at least $5 million in the country.

An additional $12.3 billion comes from the immigration of almost 16,000 Chinese citizens.

However not everyone is losing

Chinese investors who bought off-the-plan apartments in 2014 have watched their property investments climb more than 40 per cent, mostly because of growing property prices and the combined currency gap.

'Chinese investors lose $12b as Australian dollar falls' have no comments