What’s the effect of Capital Gains Tax (CGT) on selling your Principal Place of Residence (PPR)?

This is a question I’m occasionally asked, so I posed this to Clive Nelson, Senior Partner, Chan & Naylor Parramatta

Here is the client’s question:

If I demolish my present PPR, split the block into two lots & build a house on one lot it is my understanding that I do not pay capital gains tax provided I live in the new house for at least 3 months before I sell it.

What would be my position if I then built a house on the other lot, lived in it for at least 3 months & then sold it?

If I am liable for some CGT with this strategy is there a way to avoid it completely’?

If you demolish your existing Principal Place of Residence (PPR) and rebuild a new PPR and move back into the property, this property will not be subject to CGT. 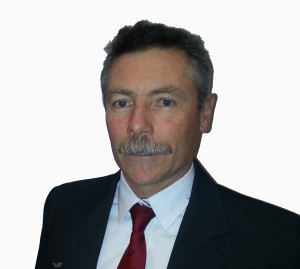 The 3 months that you refer to is not a rule as such.

Yes, we generally refer to a period of 3 to 6 months as being a minimum appropriate time but this is to allow time to evidence occupation of the property.

Such evidence may include council or water rates notices, insurance policy renewal or even electoral role notification.

This proof of occupation should be sufficient evidence in the event that the ATO queried the nature of the property event.

If you then subdivided the block and build a new PPR, again, provided that you occupy the dwelling for a period and have proof of occupancy then it would not be subject to CGT.

If there was no proof of occupancy then the ATO may deem that the development was for commercial gain and the property sale subject to GST (being a new dwelling construction) as a well as income tax.

The issue the ATO would have is that it appears that your intention is to build and then sell which would take the property out of a capital gain scenario and one of tax at your marginal tax rate.

When they see two such transactions in a short span of time they could even argue you are in business and as such you should have registered for GST which means the sales would be also subject to GST.

The issues raised are complex and would require more detailed discussions before commencement.

If you subdivided the land before you reconstructed your PPR you may be subjecting the new parcel of land to land tax as it would no longer form part of your PPR.

As I described above, it would be better to retain it as part of your PPR initially and later subdivide when you are ready to develop the new PPR.

It should also be pointed out that you can only have one PPR at a time other than certain exceptions, one being where you have acquired a new PPR prior to disposing of the previous PPR.

You also need to consider Part IV A of the tax act which looks at anti avoidance.

In summary, if a taxpayer does something predominantly for a tax benefit then the ATO can ignore the strategy and impose the tax as if the strategy had not been implemented.

In this case if you are intending to sell after development but move in just to get CGT benefit then the ATO can ignore the main residence exemption.

It will be important to keep documentary records reflecting the intention of the developments being for PPR purposes and nothing else.