Auction volumes were substantially higher last year as there were only two weeks between the Easter long weekend and the ANZAC day weekend.

Preliminary results show that 68.6 per cent of auctions were successful this week, marking the third consecutive week of auction clearance rates below the 70 per cent mark.

This week’s result is higher than last week (67.1 per cent), but much lower than one year ago when 78.9 per cent of the capital city auctions held were successful. 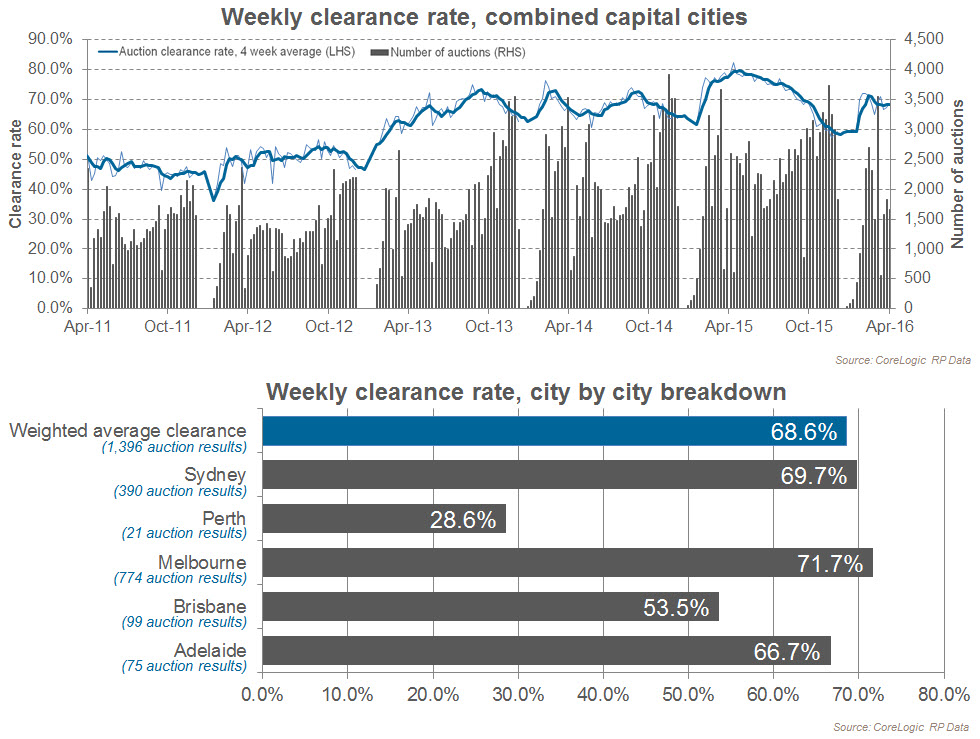 The Melbourne property market was Australia’s largest auction market result, 882 residential homes were taken under the hammer this week, with a preliminary clearance rate of 71.7 per cent, falling from 73.2 per cent last week (the strongest result since February) and lower than one year ago (79.5 per cent).

The most auction activity for the city was held in the Inner region where 170 homes went to auction and 73.5 per cent of reported auctions were successful. 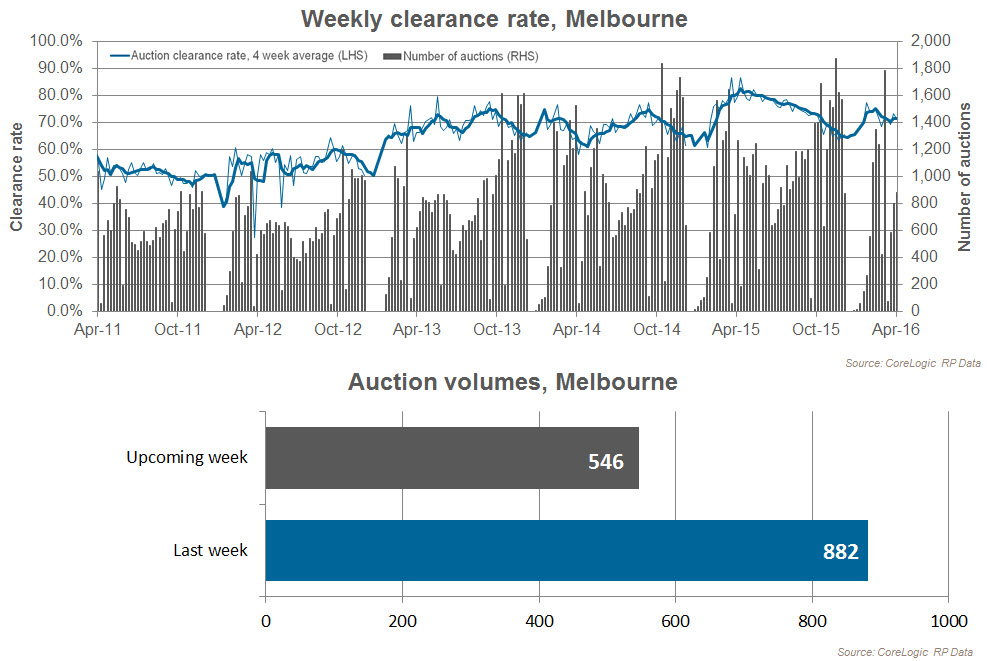 The Sydney housing market has recorded a preliminary clearance rate of 69.7 per cent this week across 457 auctions, compared to a low of 67.1 per cent last week and a substantial difference from 87.0 per cent one year ago, which happened to be the 11th consecutive week for the city of clearance rates over 80 per cent, and the city’s clearance rate remained above 80 per cent until mid-July.

This week’s top performing Sydney sub-region was the Eastern Suburbs with a clearance rate of 87.0 per cent, followed by Sutherland (84.2 per cent) and North Sydney and Hornsby (80.4 per cent). 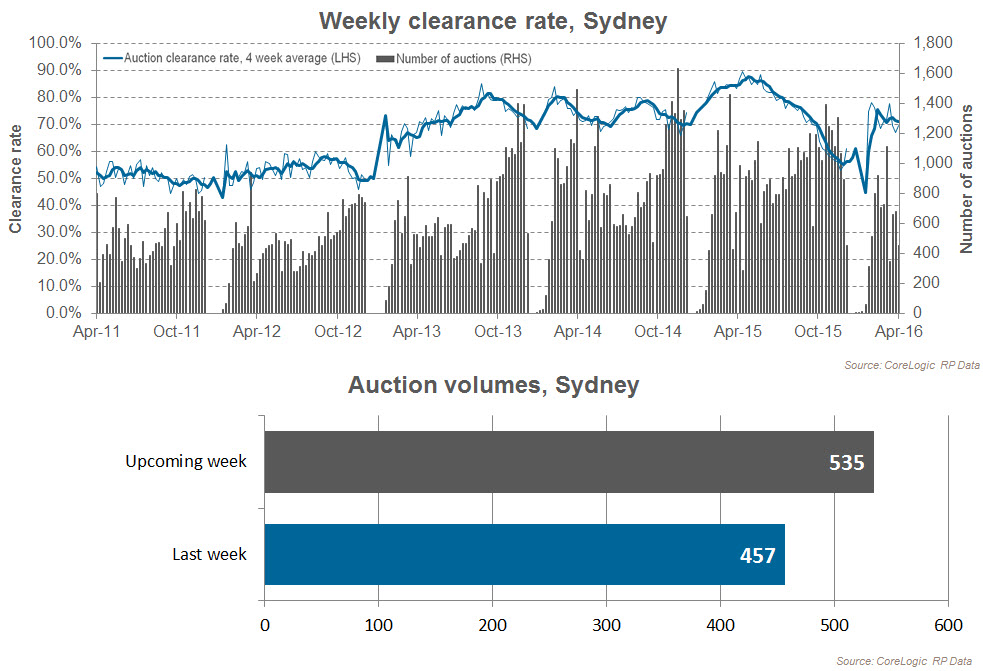 The preliminary clearance rate across the Brisbane housing market was 53.5 per cent this week, up from 47.7 per cent and also higher than the 46.4 per cent last year.

This week 145 Brisbane auctions were held, compared to 160 last week and 140 one year ago.

With the two upcoming public holidays, it is expected that Brisbane’s auction market will be relatively quiet over the next two weeks.

This week 47 Gold Coast auctions have been reported with 21 sales. Adelaide saw 99 auctions take place this week and based on the 75 results so far, the preliminary clearance rate was 66.7 per cent.

Last week Adelaide’s clearance rate was 63.6 per cent, while one year ago it was higher, at 69.7 per cent.

The number of Perth auctions held this week was 30, down from 36 both last week and one year ago.

Preliminary results for Canberra show the clearance rate for this week sitting at 71.9 per cent, up from 61.9 per cent last week when 68 homes were taken to auction.

There were 9 Tasmanian auctions this week with 5 reported results and 4 sold.

Buy or Sell First? Juggling Settlement Without Dropping the Ball