Australian’s are becoming cautious consumers, with people saving more than they are spending.

This has a ripple effect throughout the economy.

Are consumers preparing for the worst? 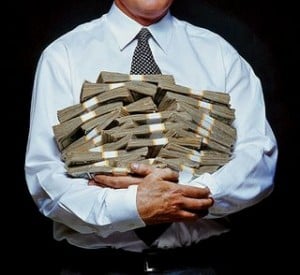 New research by comparison website finder.com.au has found that Australians could be preparing for the worst, with preference for people borrowing money for a home against saving money is at its lowest level since the Global Financial Crisis (GFC).

According to the finder.com.au research of the past decade of data from the Australian Prudential Regulation Authority (APRA), the amount of money borrowed from banks for owner-occupied home loans has grown at a slower pace than the amount of money in household bank deposits.

In fact, owner-occupied home loan lending by banks has grown by 7.5 percent – significantly less than household deposits (10.4 percent) in the past year.

This is despite total owner-occupied home loans across all banks is sitting at an all-time high of $843 billion and total deposits from households is also at a record high of $737 billion. 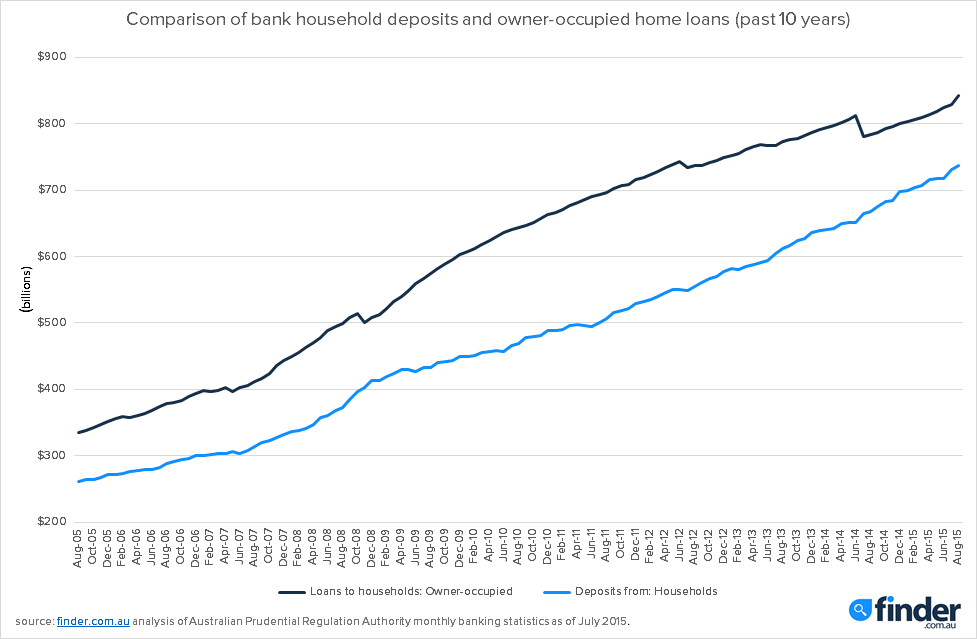 “Before the GFC, we saw the gap between household bank deposits and owner-occupier home loans widening, which saw a peak of $128 billion more home loans funded than what was being saved by households in bank deposits in early 2008.

From that low point the gap steadily increased again and hit a high of $193 billion in mid-2012.

While total household deposits has been more consistent in growth, we’ve seen the amount of money banks are lending for owner-occupied home loans take a dive and the gap is currently at $106 billion – close to where it was at the peak of the global financial crisis.

This narrowing indicates an increasing preference for holding money in savings and reducing outstanding mortgages over borrowing for owner-occupied property.” 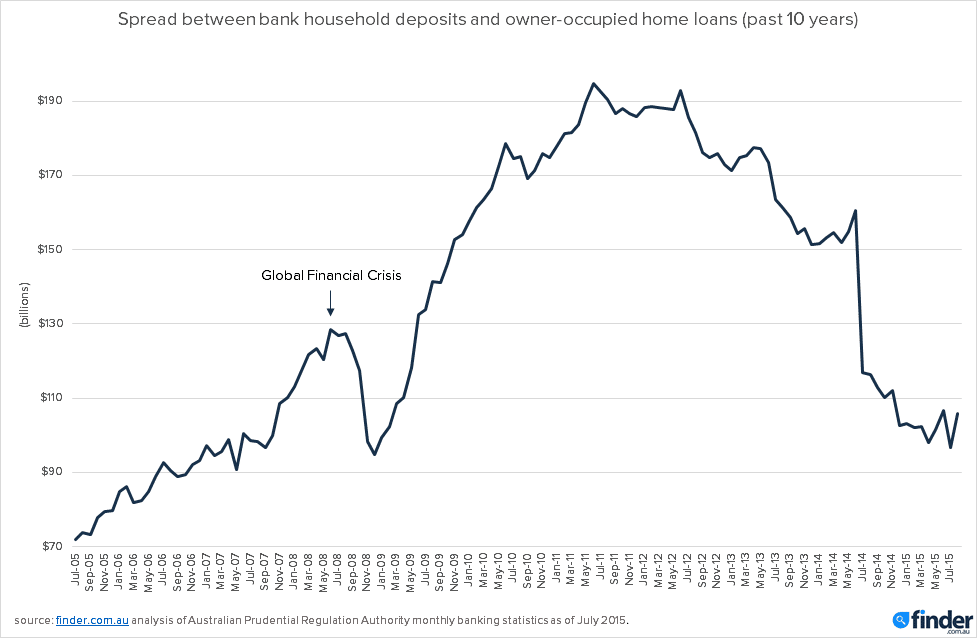 “This pattern of a slowdown in borrowing for a home and rise in savings could also be an early indicator of a cooling property market.

Australians are clearly concerned about their financial futures and property owners and prospective buyers should be cautious of over-capitalising in the current conditions.

And with Westpac the latest to announce an increase in variable home loan rates, now is the time for existing borrowers to examine their current home loan and consider refinancing.”