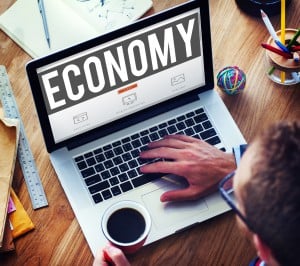 We know Australia’s population is ageing.

We also know Australia’s economy is increasingly reliant upon the service sector.

But few of us are thinking about the way these things collide according to Richard Yetsenga, Acting Chief Economist at ANZ.

In a recent edition of BlueNotes he said:

That means businesses in the service sector will have to get creative because a labour shortage is looming.

In fact, the industries with the strongest growth prospects, such as health and education, are also some of the most labour intensive.

The bottom line is this – the services-driven economy of 2030 may be one where workers are in strong demand and short supply for the first time in several generations. 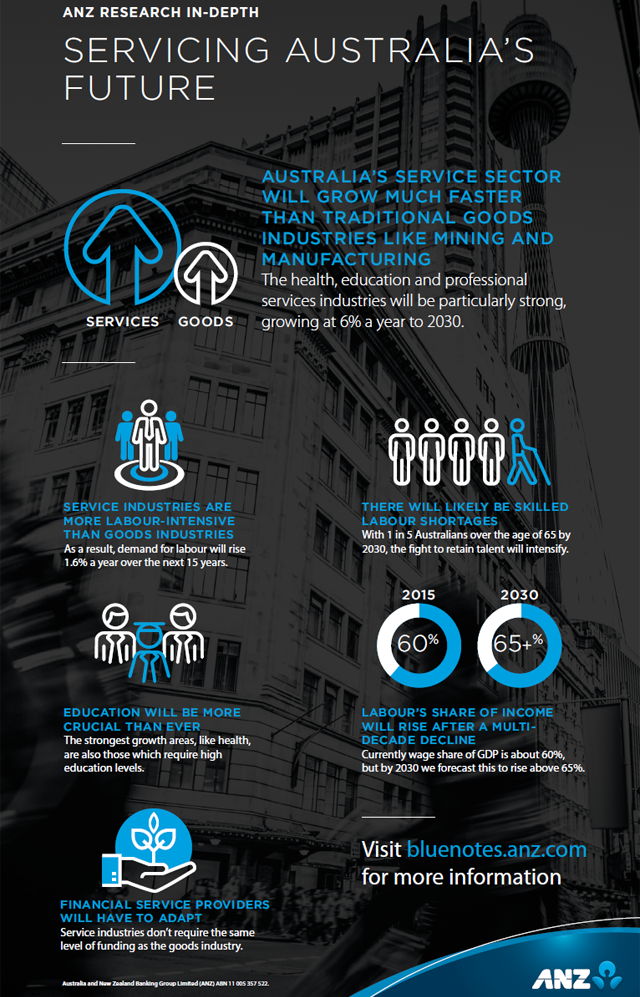 The flipside of this analysis is capital.

Most service industries are capital ‘light’ in comparison with goods industries, which means financial service providers and investors may have to adapt to a world dominated by industries with lower funding requirements.

With many of these projects now complete, and with lower commodity prices meaning fewer new projects, investment is evolving.

Investors who have funded the new mining capacity will now shift towards areas like computer software and R&D.

Investment in these areas is generally smaller but also more frequent. 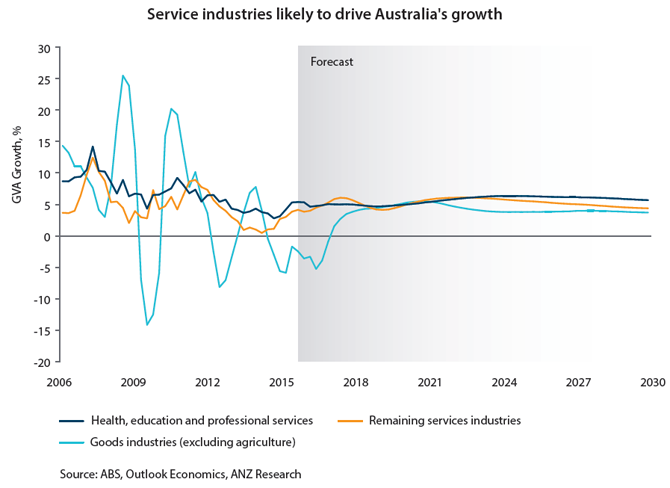 We can see the early signs of these changes to investment and labour patterns and they help explain some of the mixed signals the Australian economy has been sending recently.

For instance, how do we reconcile relatively resilient GDP growth and strong employment numbers, on the one hand, with weak investment and falling inflation on the other?

The answer may lie in the transition to a growing services economy which requires more skilled labour but less investment. 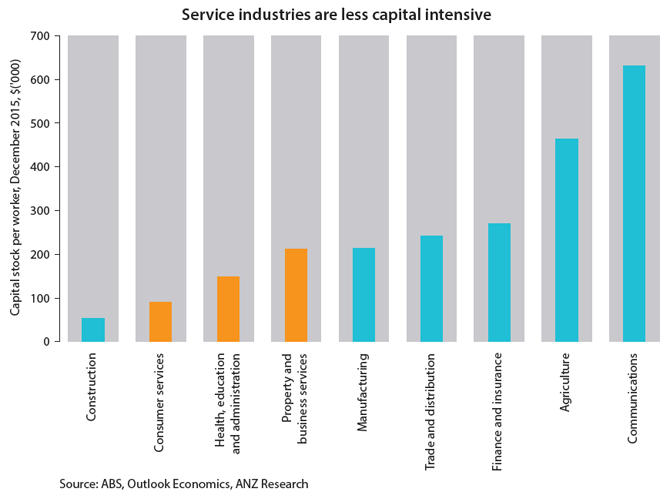 So what are the other implications for the economy?

A growing service sector could change the distribution of wealth in Australian society.

Demand for labour in services, and the contraction in mining, should support a recovery in the labour share of income.

What can businesses and governments do to prepare for the Australia of 2030?

• Businesses will need to adopt more-flexible work arrangements as labour becomes harder to find. They will need to focus on attracting and retaining older and female workers. While participation rates have been rising for women, there’s more to be done. More part-time work and work-from-home arrangements will help.

• Growth sectors such as healthcare, education, and professional services, all require high levels of education, so better partnerships between business and the education sector will be needed to help bridge the funding gap in the tertiary education sector.

'Business, get creative: a labour shortage looms by 2030' have no comments