In his column in Switzer, John McGrath discusses the affordability in the Brisbane property market.

HERE’S WHAT HE HAD TO SAY:

In our recently released 2017 McGrath Report, we discussed how the end of the mining boom has hit Queensland and its capital city hard.

Brisbane is no longer experiencing the strong flow of money that came from regional areas where mining workers earning big salaries were investing in Brisbane real estate, or buying family homes in Brisbane for a fly-in fly-out lifestyle.

Latest statistics from the ABS and CoreLogic show Brisbane’s population growth is at its lowest point since 2001*.

Continuously strong economic conditions in New South Wales and Victoria and uninspired state management following the Liberal National Party’s removal after one term (and now a minority Labor Government) provides no incentive for big business to set up and expand into Brisbane.

But through all this, the property market is showing resilience.

Despite all the big picture challenges, the market is currently seen as affordable, safe, steady, reliable and doing well in tough economic conditions.

As always, some suburbs have exhibited exceptional results.

In the apartment market, Brisbane is facing an oversupply with a two-year pipeline of 44,511 dwellings to be completed, according to CoreLogic**.

This is significant when, ordinarily, about 30,000 apartments would be sold in this timeframe and that includes a combination of old and new.

The oversupply will be primarily around the city and inner ring areas.

Investors are increasingly wary of this and some developers have delayed their projects.

However, it does present an opportunity for owner-occupiers with a long term view.

On the Gold Coast, plenty is happening and it’s all positive.

Locals who bought highly discounted properties in prime areas post-GFC have now renovated or re-built and are selling with a view to buying again in a better location.

They are making money and moving up the ladder through a buy, renovate, sell and repeat strategy. 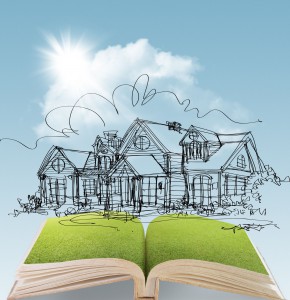 In the more affordable suburbs, a huge range of buyers including local upgraders, downsizers, renovators, first home buyers and some Sydney and Melbourne lifestyle buyers are targeting up-and-coming areas, particularly on the southern Gold Coast.

Buyers are especially drawn to areas such as Miami, Palm Beach and Tugun where good quality houses that are walking distance to the beach are selling for well below $1 million.

These suburbs offer exceptional value and opportunities for growth.

On the beachfront, Palm Beach buyers are paying $2.5-$3 million, compared to $5-5.5 million in Mermaid Beach.

In the prestige market, there have been very few sales above $10 million since 2009, but this year, six were recorded over the first three quarters alone, reflecting rising confidence particularly among locals.

The biggest deal was the $25 million sale of a Mermaid Beach mansion in September.

There was also the $15.5 million sale of a riverfront Isle of Capri residence to Chinese buyers and two other sales in Mermaid Beach for $13.25 million and $11.45 million.

We remain very optimistic about the Gold Coast. In the lead-up to the 2018 Commonwealth Games, billions will be spent on infrastructure, and the economy is becoming more diversified with health and education jobs supplementing the more volatile retail, tourism and construction industries.

On the Sunshine Coast, there’s a lot of demand at the upper end in Noosa and Sunshine Beach.

Local upgraders and lifestyle buyers from Queensland, Sydney and Melbourne are spending up to $5 million for properties to either occupy now, or use as holiday homes ahead of retirement.

A new record for beachfront homes on the coast was set in September with a $9.3 million sale at Sunshine Beach.

'Brisbane market affordable and resilient' have no comments