Latest ABS data reported that 945 houses were approved for building which was down on the 1033 recorded over the previous month and also below the 1014 approved over October last year.

Although house building approvals were down over the month, 9167 approvals have been recorded over the first 10 months of this year which is 376 more or 4.6 per cent higher than the 8791 reported over the same period last year.

Unit building approvals were also down over the month falling from a near-record monthly total of 2222 to a still strong 1671. 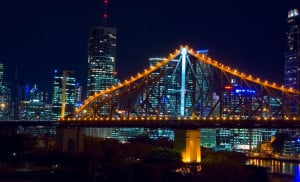 A remarkable 16,306 apartments have been approved for building over this year so far which an increase of 77.6 per cent or 7126 more than the that were approved over the first 10 months of last year.

Historically high levels of apartment construction are a positive for the economy although supply is typically likely to move ahead of demand over the short-term.

Increased dwelling construction may be impacting the rental market with vacancy rates in Brisbane continuing to rise.

The latest Domain vacancy rate for houses reports that house rental vacancies eased slightly over November increasing from 2.5 per cent to 2.6 per cent.

Overall residential rental vacancy rates in Brisbane were steady at 2.7 per cent over November behind only Perth 3.7 per cent and Darwin 3.9 per cent of all the capitals.