Brisbane is already a firm favourite among investors, but it is poised to become an even stronger market over the coming years.

“Brisbane will show some true signs of building over the next two to three years.

It will be the star performer in the country due to strong yields, growth in public sector employment and an undervalued market,” says Paul Glossop, founder and director of Pure Property Investment.

“Brisbane is looking better than it did two years ago.

Its limiting factor in the past has been state government commitment to large-scale infrastructure projects; however, we are starting to see some stronger and more stable job figures.

There is a real opportunity to create a huge hub in the Springfield Lakes area, which will service the Western Corridor for the decades to come.

The transition out of the mining sector and into the services sector will be a big focus to take Queensland into the future.”

This is the fastest annual growth since the September 2014 quarter.

Market turnover has increased in the same period, and some experts believe the city’s capital growth is likely to match Sydney and Melbourne’s value acceleration in 2016.

“The lower Australian dollar and improved tourism outlook has generated jobs in the hospitality and tourism industry,” Yardney says.

“This in turn should lead to increased interstate migration.”

Strong migration is music to the ears of investors, who are thinking of all of those extra tenants flooding into the market.

Perhaps that’s why there has been “a resurgence of property investor activity over the last six months”, Yardney says.

“Interest is particularly strong in the mid price range inner- and middle-ring suburbs of Brisbane,” he adds.

Investors from Sydney and Melbourne are looking into this market because property prices in Brisbane are still roughly half those in Sydney.

Moreover, the yields on offer are higher.

Therefore Yardney sees “a lot of upside for Brisbane properties”.

In particular, he highlights houses located near the city as being able to generate high yields while offering considerable growth potential, although he suggests investors steer clear of inner-city apartments near the CBD due to inevitable oversupply issues.

Domain chief economist Andrew Wilson says more apartments have been constructed in anticipation of the demand for rental properties.

Vacancy rates have also increased significantly since the previous year.

Nonetheless, supply is tight in the 20km ring around Brisbane, particularly in the west and southwest areas of the state.

Cash flow investment opportunities are far more available in Brisbane than in larger capital cities to the south.

Investors are getting excellent returns, with Glossop indicating that properties in the areas of Ipswich, Beenleigh, Logan and Moreton Bay are gaining yields of 6% and above.

Suburbs experiencing high demand are expected to report the best yields in the next few years, especially as interest rates continue to go down.

“I’d be sticking with the sub-15-year-old free-standing houses or properties with development and renovation upsides in the growth areas of Ipswich, Raceview, Redbank, Rothwell, Eagleby and the surrounds,” Glossop states.

“Such homes are still close to the town facilities.”

He also advises avoiding “5–10km apartments”, while also suggesting that new off-the-plan houses and land areas on the fringes are potentially riskier investments.

The Eagleby house market reported 8% growth over the past year and showed sustained growth throughout a five-year period, according to CoreLogic. 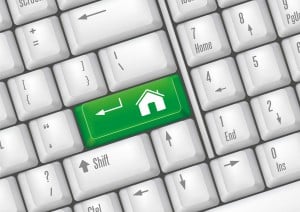 Houses remain low-priced even with the price increase.

The rental yield is a high 6%, and cash flow is a good $24 per week, so Eagleby may represent a good investment opportunity for investors chasing yield.

By contrast, Grasstree Beach experienced 48% growth over the past 12 months, a recovery from its 9% decline in the past three years.

However, weekly cash flow is -$165, suggesting investments here may be difficult to sustain.

“In Brisbane, you need to buy smart and buy strategic,” Glossop says.

This city should have a bright short-term future of sustained growth up to 2020, as long as it maintains the fundamentals of a strong employment market.

“Brisbane will need to continue to invest in local large-scale infrastructure projects to ensure it drives long-term growth from mining-reliant projects to sustainable employment opportunities,” he says.