Australians are traditionally not known for their haggling skills. For some reason, even though negotiating a better price is widely accepted in many cultures, we are reluctant to give it a go.

But there are a growing number of Australian borrowers who are taking on the banks and bartering their way into a better deal on their home loans, and saving tens of thousands of dollars in the process.

According to a report in the Herald-Sun, a handful of bank customers are secretly doing deals with lenders to secure discounts on their home loans.
Some borrowers are getting a reduction of up to 2% on their interest rate; a saving of around $111,000 over the life of an average $300,000 mortgage.

Threatening to take their business elsewhere, these plucky customers are being offered lower fees or refunds and cheaper transaction account options.

According to a survey from consumer group Choice, around one in three home loan and transaction account customers who demanded better value from their banks were rewarded for their efforts.

The survey revealed that most borrowers who convinced their existing lender to match or better a competitor’s deal scored an interest rate reduction of up to .25 percentage points, while some managed to wrangle a cut of up to 0.5 percentage points and one in 10 were rewarded with a whopping 2 percentage point cut.

A Choice report says, “Approach your bank for a better deal – and chances are they’ll oblige.”

“While switching products may take time and effort, just calling your bank is much less onerous. More often than not, you’ll be rewarded with a large saving in fees and interest rates.”

Financial analyst with Canstar Cannex, Mitchell Watson encourages the practice and says, “Many consumers have changed their mindset and are not as scared to ask for a bargain.”

With international competitors such as ING Direct, Citibank and HSBC doing their utmost to steal customers, the big banks are under pressure to undercut advertised offers.

The Choice members survey revealed that NAB and the Commonwealth Bank were best for negotiating a better home loan deal, while Westpac and the ANZ were most likely to agree to an interest rate cut, and Westpac was the best for securing a better deal on transaction accounts.

So don’t be scared to ask the banks for a better deal. As an investor, you can save yourself thousands and if you have a substantial portfolio, you have more bargaining power. 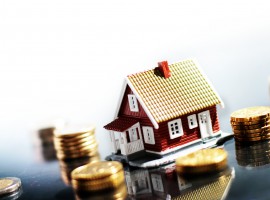 Protect your existing assets without triggering tax and stamp duty

'Borrowers barter with the banks' have no comments