The USA Presidential election was lost by Hillary Clinton in the “rust belt” States of blue collar workers who are doing it hard.

Yet it was the actions of her husband, Bill during his term as President which contributed to her defeat. 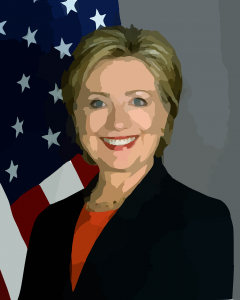 In the late 1990s, the Clinton administration committed to the utopian dream of extending the benefits of homeownership to minorities who had previously largely been excluded, such as African Americans, Hispanics and low-income earners.

The government was able to achieve its aim by relaxing lending rules and creating a new market for ‘subprime’ mortgages.

The subprime market was made attractive to lenders by enabling them to balance the higher risks involved with higher interest rates.

Interest only mortgages had an attractive low introductory or ‘honeymoon’ rate, while negative amortising mortgages allowed borrowers to pay less than the current interest only repayment with a higher loan balance and higher future payments down the track.

In addition, qualifying rules were relaxed sufficiently with the introduction of Low-Doc and No-Doc loans, so that even the unemployed, the debt ridden and those with bad credit histories could buy a home if they wanted one.

By 2007, it seemed that Bill Clinton’s dream was becoming a reality.

None of this posed a risk as long as housing prices continued to rise and many borrowers assumed that continued house price inflation would enable them to refinance their way out of onerous loan terms, avoiding resets to higher monthly mortgage payments when their honeymoon rate periods ended.

The US economy soared on the back of the housing boom, with over two million new homes being built in 2005 and in the next year, subprime and refinanced loans comprised half of all new mortgages.

These subprime mortgages and their derivatives were enthusiastically traded by well-established investment institutions in the US and abroad without any realisation that the assumptions on which their value was based were flawed.

The flaw was that the US housing market had gone into a state of chronic oversupply by 2007, particularly in the areas where subprime loans had been most enthusiastically embraced.

As higher interest rates kicked in many new home owners discovered that their repayments were beyond their capacity to pay. 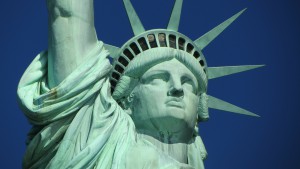 House prices declined dramatically in many states between 2007 and 2008 and their owners walked away from their homes, leading to the virtual abandonment of new housing estates on the outskirts of cities such as Orlando, Atlanta, Miami, Sacramento, Los Angeles, Detroit and Minneapolis.

As the situation spiralled out of control it precipitated the meltdown which we now know as the Global Financial Crisis.

This massive financial crash in the USA led to job losses and bitterness on many fronts, including the fact that succeeding governments bailed out the banks, but did little to help the millions of Americans who lost their homes and their livelihoods.

Years of poverty, little hope and job losses have culminated in voter frustration which has now elected Donald Trump.

The irony is that it was these very people who Bill Clinton tried to help with his vision of a home for everyone and that’s why Bill’s dream turned into Hillary’s nightmare.