Australia’s population growth is slowing down.

Some think this is a good thing, others don’t.

Queensland is down, but New South Wales and Victoria aren’t.

More so, most of our capitals are attracting the lion’s share of population growth these days.

This is an accelerating trend and maybe not a good one.

Do we accept the overcrowding; increasing congestion; loss of private space and increasing cost of living, which seems to go hand in hand with urban congestion?

Are we really happy with battery kids instead of free – range ones?

Big Australia – Ponzi or not?

Or do we aim for something different?

The Productivity Commission (PC), two weeks back, released its final Migrant Intake into Australia report which, under current migrant intake volumes, suggests Australia’s population is likely to increase from 24 million people today to 40 million by 2060.

Under this model, net overseas migrants would add some 13 million people or 80% to the population forecast.

Yet labour productivity is forecast to decrease under current immigration settings over the forecast period, as are real wages.

I must be missing something.

And a review of our two charts this week shows that the ‘populate or perish’ theory isn’t working too well at present. Here, we focus on the next ten years, not some distant future, so far away that most just say “too hard” and move on.

Why are we increasingly living on top of each other? 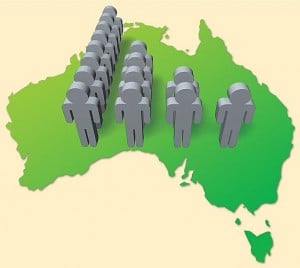 Yes, there are strong economic forces driving urbanisation; but we don’t have to live this way.

We are not forced to.

We have plenty of land.

We have other options.

More importantly, our economic well-being (on a per person basis) is declining.

More people living here – and especially the way they aren’t dispersed – is already having a negative impact.

Do we go really big – and build a massive internal market – or  do we cut back; and better utilise what we’ve got; and start thinking outside of the box?

It is time for a frank and honest discussion about population growth.

We need a population policy and one which focuses, first and foremost, on raising the living standards of the existing population.

We need to get rid of our current ‘grow and hope’ approach.

I am not against migration – with a surname like Matusik, I am obviously from overseas stock.

We need to have a plan. 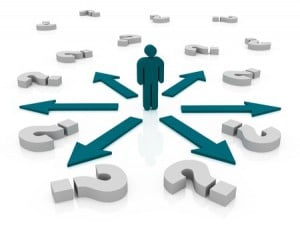 We don’t have one.

And before someone compares me to Pauline Hanson, chill.

This debate isn’t about race, ethnicity or being swamped by anybody.

It is about economic utility, equity and strategic stability.

We need some serious debate here, not tuck shop racism.

'Big Australia – Ponzi or Not?' have no comments