In a recent Real Estate Talk show property investment & business coach Peter Spann explains what he looks for when he buys a property and how he identifies ones with a twist.

He tells us about his best and worst deals and what he learned from those experiences.

Kevin:  It’s my pleasure now to be talking to property investment and business coach Peter Spann.

You can find him on his website – lots of great information there, too, about what Peter does and how he can help you if you’re looking at getting into property – PeterSpann.com. 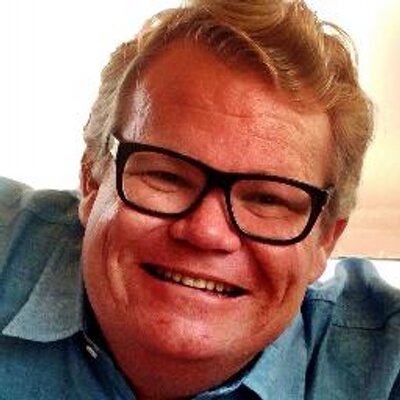 Peter, welcome to the show.

Thanks for your time.

I’m keen to talk to you about properties with a twist, how you find them, and what it is you look for.

Peter:  What I’m looking for in a property is its potential growth.

I’m always looking for something that I can value-add to, either by renovating, renewing, rezoning, finding another application for it, expanding it, or collapsing it – and therefore accelerate its growth.

But the second underlying thing that I’m always looking for is growth over the long-term.

I’m not a cash-flow investor; I’m very specifically looking for value-adding and growth.

Kevin:  What do you believe about buy-and-hold? Or are you into flipping property?

Peter:  I’m not generally a flipper.

I will flip if I can see a profit – and a profit that is likely to outweigh holding it for an extended period of time – or in a market like we find ourselves at the moment, where you can buy a property, add some value to it, and come back six months later, and it’s literally grown 30% to 40%.

I can sometimes sit there and wonder, “Wow, is that likely to continue?” My answer is probably not.

Therefore, if it’s likely to go flat for four or five years, why not take advantage of the massive and rapid growth?

But generally I hold for the long term.

Kevin:  Talking about profit, what do you think are the keys to profiting from property right now?

Peter:  That’s a very difficult question, and if somebody could come up with a definitive answer to that, I’d love to hear it.

Kevin:  I thought it was worth asking anyway, Peter.

Peter:  Realistically, I think you can’t be afraid in a fast-moving market like this, because nobody can tell us how long it’s going to last.

If I had gotten scared after three or four years, I would have missed out on a whole decade of exciting growth.

Even if you’re going to auctions, and you’re missing out, that’s not the worst thing on the planet.

Peter:  I think the best deal I’ve ever done was a property that was actually passed at auction.

It was rainy Sunday afternoon, terrible rain in Sydney.

I’d just been to an apartment that had sold for $2.2 million, and this was a three-bedroom house.

I actually literally went along to the auction to see what would happen to this house.

Nobody turned up at the auction.

It was passed, and I went to the agent, and I said, “What’s it worth?”

He said, “I don’t know what it’s worth, but I can tell you what I’ll sell for.

I had it revalued by the bank two weeks later.

The bank valuation was $3.5 million.

I think that’s probably the best deal I’ve ever done.

Kevin:  I would think so. On the flip of the coin, what’s the deal that probably taught you most about what not to do?

Peter:  It probably wasn’t a deal; it was more the fact that we were doing a development, and I didn’t check all of the zonings and requirements of the council.

It turns out we actually built the roof two metres over the maximum height requirement.

The council sued us and forced us to actually take the roofs off the property and rebuild them, and that cost me hundreds of thousands of dollars.

That was just a very good lesson in checking the zoning, checking all the council requirements, and making sure you have town planners and whatnot onside.

Kevin:  Pete, I’m going to ask you a question about auction, because in this market in auctions, particularly in Sydney, it’s going through the roof.

In this market, would you buy a property at auction?

Peter:  I have been. I haven’t been buying a lot, I must admit.

If you go back five years, you could go to an auction and probably one in five that I would be going to I might be a genuine contender to buy.

I am going to auctions that are just astounding me with some of the prices that they are getting.

But I am buying. I’m buying less than I have in the past, but as I said, I’m not getting carried away.

Sometimes on the night, people just don’t get excited, or for whatever reason they don’t see the value that I see in a property.

Kevin:  Yes, provided you know your values before you go in and don’t get carried away.

Kevin:  Peter, we’re out of time. Thank you so much for spending some time with us today.

We’d love to have you back in the show at some time in the future again.

Kevin:  Peter Spann has been my guest.

Check it out for yourself.

'My Best & Worst Property Investments' have no comments