In his excellent 2002 book, the Four Pillars of Investing, William J. Bernstein dissects, somewhat unsurprisingly, the four pillars of investment science, those being:

Those in the fund management industry tend not to be fans of Bernstein’s work, and although he is an American financial theorist, I would hazard that Mr. Bernstein would not be a fan of our own superannuation system:

All interesting and valid points, but the pillar I am going to focus on today is Investment Psychology.

Bernstein highlights how behavioural science has identified a number of human behavioural traits that lead us to become overconfident and make irrational decisions.

The central premise of the book is that human beings are not designed to be good investors.

This seems to make sense to me.

Investment is a relatively new concept when considered in the context of human history.

So the skills and traits we have developed to enable us to survive ice ages and hunt mammoths are not likely to be aligned with those of being great investors…right?

Therefore, what Bernstein promotes is that we need to overcome the following 8 obstacles to be successful investors:

Investments that are highly fashionable tend to carry the price-tags of high fashion – they can be well over-priced.

Research shows that, just as most drivers think they are better than the average, most investors believe they will outperform the market too.

By definition some investors in a market must under-perform the average, so how can we be sure that won’t include us?

Humans have an unfortunate tendency to think that good luck is actually good skill, whereas when we make mistakes we like to ‘put them in the past’.

Thinking in this way will not help to learn from mistakes (or successes) so future results may remain haphazard.

Treating investing like gambling can be exciting because of the potential for high returns.

However, chasing high returns introduces a low probability of success for most investors.

Investment should instead be treated like a business and our excitement sought elsewhere. 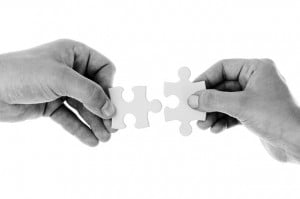 Humans tend to focus more on avoiding short-term pain than assuring ourselves of long-term success.

I suppose it is because we like to make ourselves feel good today.

But we do also need to consider making sacrifices today for a better future.

While we tend to learn from past events, we shouldn’t spend too much time searching for patterns.

If history simply repeated itself then, as Buffett quipped: “The richest people would all be librarians.”

Those with wealth are often sold unusual investment products on the promise of great returns, argues Bernstein.

The result is often high commissions for the salesman but the high returns for the unfortunate whale (investor) may never materialise.

Last, but not least, past performance is no guarantee of future returns, although we tend to believe that the correlation exists.

In 2003, it was forecast that Sydney’s median house price would be above $1 million by now.

Not long thereafter, Harry S. Dent Jnr. confidently forecast that the Dow Jones index would reach 40,000 points by the end of the decade, a quite staggering miss by anyone’s standards.

Were the forecasters foolish?

No, but they were probably to some extent swayed by recency.

The respective share valuation and property price growth in the periods prior to the forecasts being made was both strong and long-lived so it seemed at the time as though recent trends would continue.

However, over time, prices of real estate and stocks tend to revert close to a mean valuation.

The book makes for an interesting read and promotes a strong argument in favour of steering ourselves away from trying to be too smart through clever stock trading, instead focusing on acquiring assets with a long-term focus.

Bernstein notes that ‘the biggest obstacle to your investment success is staring at you from your mirror’.

'Bernstein’s 8 risks of investment psychology' have no comments