One of the big accounting firms got my goat recently when it released house price growth forecasts by capital city out until the end of the year 2021, predicted to one decimal place. 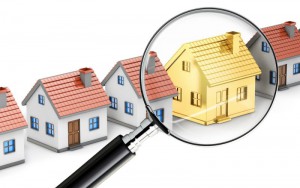 Even if you could predict the future of housing markets beyond a decimal point – which you can’t – what does a percentage change at the city level even mean for individual property owners?

In short, not much!

It’s hardly their fault; this type of forecast is released all the time.

And the media runs with them verbatim because they’re precise and can produce a compelling narrative…and even if that precision is proven to be completely wrong, people will have forgotten by then anyway!

It’s simple enough to build “as if” models that make forecasts into the future, and these may be alluring because they can give precise inferences about the future.

There’s just one problem: the real world gets in the way, and the assumptions often don’t hold up in real life situations.

The future is inherently uncertain, so models and forecasts need to be questioned, because the more you know, the more you don’t know (which is an important distinction).

Rather than precise projections, the most important thing is a high level of accuracy in asking and then answering the right questions. It’s clear, then, that getting hung up on precise metrics and values can be self-defeating and isn’t time well spent…so what is?

Tips for the future

Asking the wrong questions can be as bad as doing no research at all, so here are 3 questions that you should ask:

Don’t sacrifice accuracy for illusory precision, and be prepared to update your views as new information comes to light.

To paraphrase Aristotle and Keynes, it is better to be approximately right than precisely wrong!

'Being approximately right (not precisely wrong!)' have no comments