Hammad Siddiqi, The University of Queensland

It’s been a shaky start to 2016 for global stock markets, with substantial falls across all international markets, followed by some weak rallies. 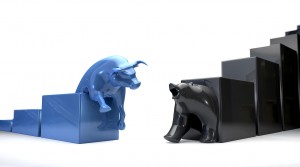 The overall decline has been partly blamed on the price of crude oil, which is hovering around US $30 a barrel down from $100 over a year ago, along with market fears on the overall health of the Chinese economy.

The headlines tell us markets are sinking in the sea of oil. A measure of fear in the stock market, the widely quoted Chicago Board Options Exchange volatility index, is also closely tracking the oil price, adding to the gloomy picture.

However the most likely driver of further market deterioration is not a further decline in oil prices, but the negative sentiment itself.

This is due to a flaw in the way analysts ascribe value in markets that behavioural economists call “anchoring bias”.

This is the idea that people tend to start from what they know and then attempt to make appropriate adjustments based on this.

Over 40 years of research has found that these adjustments tend to be insufficient.

Everyone can be prone to this bias, there are a few studies that demonstrate this.

For example, when people were asked which year George Washington became the first US President, most would start from the year the US became a country (in 1776).

They would reason that it might have taken a few years after that to elect the first president so they add a few years to 1776 to work it out, coming to an answer of 1778 or 1779. George Washington actually became president in 1789.

Similarly, most people would know the freezing point of water (0 degrees celcius) as compared to vodka.

Both these examples demonstrate how the reasoning associated with anchoring bias leads to people falling significantly short of the right answer.

In the case of the stock market, analysts look to the performance of blue-chip stocks linked to commodities like oil because they are associated with large, well established companies with time-tested business models. 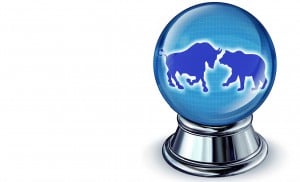 There are large data sets available with which to analyse these stocks.

However less than 4% of companies are classified as blue-chips globally. What about the remaining 96%?

To value them, analysts may start from the payoffs of blue-chips and then attempt to make appropriate adjustments for size and other differences.

The overreaction of the market in relation to oil prices is further exposed by the fact that lower oil prices aren’t all bad news.

Low oil prices can be good for countries that import oil as well as their consumers, retailers and industry.

Other economic indicators also tell a very different story to the oil price.

Job numbers are good both in the European region and US, and growth seems to be picking up.

In fact, based on encouraging data, Fed has recently raised interest rates for the first time after nine years. The slowdown in China is not the giant collapse that some were fearing.

If analysts and investors continue to display anchoring bias and the oil price drops, it could become a self fulfilling prophecy where a prolonged market slump cuts off investment, reduces consumption, and pushes the global economy into a recession.

Central banks will do what they can to prevent this from happening by talking of quantitative easing.

However, the interest rates are already near zero so they do not have much room to move.

Hammad Siddiqi, Research Fellow in Financial Economics, The University of Queensland This article was originally published on The Conversation. Read the original article.

'Why so bearish? How hidden bias is sinking global stocks' have no comments