Following today’s decision by the Reserve Bank board to leave interest rates unchanged at 2 percent, new research from RateCity shows that the gap between investor and owner-occupier home loan rates is widening.

Peter Arnold, financial analyst at RateCity, said for the past decade and until recently owner-occupiers and investors have generally had the same deal on rates. 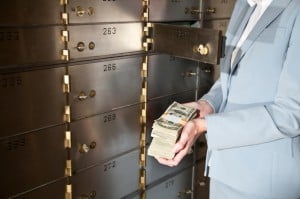 “On one hand, lenders are tightening criteria on loans to property investors and making it more expensive to borrow. The flipside of that is that owner-occupiers are being offered sharper deals in some cases,” he said.

RateCity data shows that 55 lenders have introduced differential pricing on mortgages in recent months, including the major banks, which have increased investor rates by up to 0.48 percentage points and cut owner-occupier rates by as much as 0.39 percentage points since 29 June this year (see table).

“We’re seeing most of the action from the major banks, which are the main ones with the regulator on their case. Though, increasingly, smaller lenders are following suit and overtime I think we’ll see the majority of lenders use this differential pricing,” he said.

“Risk-based pricing is something that’s been spoken about in the mortgage industry for about five years and LVR pricing is something we’ve seen a lot more of in that time. This is essentially an extension of that, which has been brought on by pressure from the regulator and the market heating up.”

Arnold added that some lenders had also introduced inducements to encourage owner-occupiers into the market, including St. George Bank’s $2000 sign up bonus.

“While the providers are trying to curb investor lending they are looking to rebalance their book back towards owner-occupiers and I think it’s something that we’ll see a lot more of over time,” he said.

Table shows the maximum margin applied to investor rates from a range of products and the maximum rate cut applied to owner occupier rates since June 29th, 2015.