As baby boomers shift from work to retirement, their lifestyle choices will have a profound impact on Australian housing.

The baby boomer generation is set to turn the retirement accommodation market on its head, challenging and changing the way society and governments think about how people live after they retire.

This is according to demographer Chris McNeill from Spade Consultants who joined me on Real Estate Talk last year.

How long is this change going to take to come in to play or is it happening now? 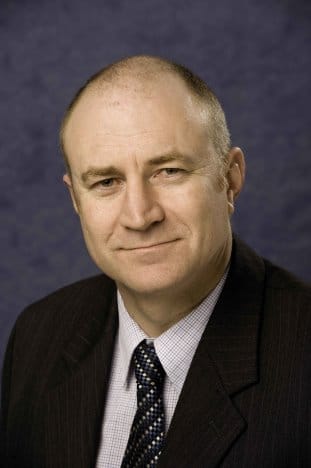 Chris: Thanks, Kevin. It’s happening now. The first thing to do is to define the baby boomers.

There are various different ways of defining them.

In Australia, it’s generally understood that the baby boomers represent those born between about 1946 and 1964.

They’re heading in to retirement. There are about 2.5 million of them.

Kevin: Typically, these are people who own or are close to owning their own home; maybe they’ve got a big block of land.

Chris: Generally. But the baby boomers are an interesting generation.

They’re the first generation we’ve ever seen that have been born outside of truly turbulent times. That’s all relative of course.

They’ve had access to antibiotics since the day they were born.

They’re a privileged generation in many respects. I think the way they’re going to approach the whole issue of retirement will bear that out.

Kevin: Will they be looking at getting in to retirement villages?

Chris: There are two things that I think characterize the baby boomers in a way that we haven’t seen before.

The first is that life expectancy for the baby boomers is going to take them through on average well in to their 80s, and in some cases comfortably in to their 90s.

Kevin: Is this wealth tied up in property?

Kevin: Do you agree that a lot of these baby boomers are going to be looking at holding on to the house, redeveloping the site, and maybe bringing a family member in to help them stay in that accommodation?

I think what characterizes the baby boomers is that they don’t conform to a particular retirement template.

Kevin: Could you just explain what you mean by that?

Chris: The image we conjure up of retirees typically has been a family situation where you’ve got a retired couple or a retired person and they might remain in the family house. Then maybe downsize, and off they go in to a retirement home of some sort.
I think what we’re going to see with the baby boomers is an enormous diversity in the way they approach this whole retirement issue.

It will be determined in part on their economic circumstances. Not everyone will have that sort of choice that I’m suggesting.

What we’ll see is that some will typically remain in their family home until they’re carried out in a box. I know plenty like that.

Others will move through a series of housing types from the detached family home, for example, to a townhouse or unit next, then some sort of independent living unit, then to assisted care, and then finally to a full-care facility. Others might leap frog several stages in that process. That will really depend on health and other circumstances.

Chris: Good question. Part of that comes down to the question of where these people will decide to live.

There are two issues in that question. One is where to invest, and the other is in what type of product to invest in. 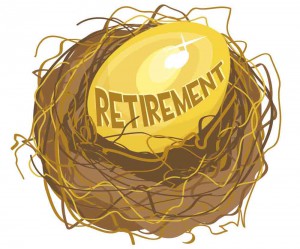 Taking the first question of where to invest, I suppose it’s something of a throw-away line that retirees all head off to Queensland, or the south coast of New South Wales, or somewhere like that.

The truth is that most retirees are far more likely to remain in the area they’re familiar with to be near family, friends, other less tangible things perhaps like a family doctor or a pharmacist, even local coffee shops and restaurants and that sort of thing.

Some might decide to hand the family home over to the next generation, perhaps even in some sort of trade or swap.

It will depend on individual circumstances.

Others may prefer to move away from the family locality, but remain within one or two hours easy drive so that they can be readily visited by family or friends over the weekend and that sort of thing.

The second point there is what type of product. Generally, even though some retirees will stay in the detached family home as long as they possibly can, I think in terms of investment product to cater for a growing retiree market, you probably are looking at multi-unit style development.

You’d probably tend towards a single-level product to avoid the question of staircases and so forth. A multi-unit product is generally the direction you’re probably looking at.

Kevin: Very interesting, Chris. Thank you very much for your time. Chris McNeill is a demographer from Spade Consultants.

I appreciate your time and your insight, Chris. Thank you.

Chris: It was nice talking, Kevin.