At Residex, we like to look forward with a sense of optimism. It is this and the fact that, more often than not, our predictions are on the money that sets us aside from any other company in the industry.

The outcome to the 30th September is encouraging and provides a level of confidence that the worst is getting close to being over in the majority of Australian housing markets. In the graph ‘Australian Trends’ we present the Australia-wide market trend for houses and units, which both point to being at the bottom of its cycle.

In the quarter to the end of September, the Australian median house value decreased by 0.83 per cent and 0.24 per cent for units. However, September alone saw an increase of 0.8 and 0.2 per cent for houses and units respectively, indicating we may see some growth in coming months.

The current global economic position doesn’t encourage confidence and the delays in accepting the end of the euro zone or administering a strong “medicine” is simply making things worse. Fortunately for Australia we are, to some extent, immune to what is happening in Europe. As a natural resource based country we have our future inextricably linked to the growth in emerging world economies that need our resources, not the old world economies. These emerging countries are our neighbours and their rate of growth is so large that even a moderate slow down would still allow us to see growth in our economy in years to come.

Given this and not withstanding global problems, I am optimistic about our housing markets and economy. I do not believe that our housing markets will fall in value (in nominal terms) significantly. I do believe that home ownership will become more difficult and in our major cities this will cause most people to rent and our density in terms of people per dwelling will increase. I also accept that affordability does limit capital growth and that the recent history of high capital will not repeat itself.

The markets that I am predicting to exceed others in the medium term are New South Wales, Queensland and Western Australia.

Western Australia is the best example of the positive effect of our ‘two speed economy’, where there is an economic “boom” taking place despite the global crises in the old world; USA and Europe. Western Australia is being driven by the energy and resource needs in India, China, Japan and other Asian (new world) economies which will move forward, albeit slower, due to the old world slowdown.

In the medium term, the development of resources will require a significant labour force.

The below table is a summary of resource developments.

Add to all of this the state’s needed expenditures to provide infrastructure and the economic growth to come in Western Australia is significant.

While news on the housing markets in this state has been poor in recent quarters as housing supply issues brought about corrections, our mathematical predictions for Perth over the next five years are the highest for any city in Australia. We expect median values in Perth to increase by no less than 3.7 per cent per annum over the next five years, which would increase the current median value to $560,000, and in our view now is the time to seriously consider Perth as an investment opportunity.

In the longer term, South Australia will present very differently to its current situation. BHP Billiton has received federal and state government approval to expand its Olympic Dam mine into the world’s largest open pit operation. It is forecast to contribute $45 billion to the SA economy and almost $18 billion to the national economy over the next 40 years.

This operation still requires approval from the BHP Board, however it does look promising. BHP appears committed and indicates the project will go before the Board in the first half of 2012. There will be many aspects that boost the economy from the project but in the longer term it will be the state royalties (estimated at $350 million per annum) and increased exports that provide the most benefit.

Should BHP move forward, the Olympic Dam project will dramatically change the fortunes of South Australia. However, it will take some time for the benefits to flow through to the Adelaide area. The first beneficiaries will be areas such as Whyalla and Port Augusta, which will see increased activity as equipment and services are transported to the expanding mine.

Supply in most states of Australia is currently in excess to need. The surplus situation hasn’t been recognised by many people and most of the population has a widely accepted view that there is a significant shortage of stock. The fallacy has been generated by the tendency to add past shortages to the current year’s figures and the constant press about reducing development activity. Continually adding past shortages where there is no affordability issue is probably a reasonable thing to do. However, in a situation as we are now in where there is limited affordability, people have a tendency to simply increase people density per dwelling which makes this approach, more likely than not, incorrect.

In the table ‘State Immigration and Supply Position’ we present our current calculations as to the current supply situation in each state market.

*The current quarterly immigration change when compared to the median quarterly change over last 5 years.

In line with the calculated stock situation, the expected outcome for Sydney and Melbourne is as one would expect. Sydney is showing tentative signs of providing growth having already adjusted and Melbourne, which contains about 70 per cent of the population of Victoria, is moving into a period of significant correction.

Brisbane is not reacting as one might expect. This is, more likely than not, a function of the recent traumatic weather events. An additional factor is the fact that the housing shortage is probably not isolated to Brisbane but spread across all of Queensland, which has its population well spread along its extensive costal area.

Western Australia is moving back into shortage and given the significant resource projects that have been approved, it is difficult to believe that growth won’t soon be exhibited in this market. The household income will be increasing and Perth could soon rival the eastern states in terms of housing costs.

I note that BHP Billiton recently predicted that over the next five years the mining industry would generate around 170,000 new jobs. Remembering that each new job created has a multiplier affect, it becomes clear why we should optimistically embrace our future. Our surplus stock situation, other than in Victoria, is not sufficient to cause a significant long term correction.

Our predictions for future growth are not overly optimistic. We do not expect a return to the high growth rates we saw in some states during the last decade. Having said this, Sydney was unaffordable for most of the last decade and this market, on average, achieved a growth rate of 5.7 per cent p.a. Its last decade growth rate is an indicator of things to come in other similarly now unaffordable capital city markets.

Remember, our constraint is not demand given the expected increase in immigration, forecast job growth and the past unfilled inherent latent demand which has built up by way of increased people density per dwelling. It is affordability. So, while our predictions are for the median outcome, growth rates in affordable housing will be significantly higher.

We have just released our September quarter Residex Reports for all states and territories. If you are thinking of investing, this Report is an important tool to help you understand and become an expert in the current housing markets. Visit www.residex.com.au to find out more information of these great Reports and to order online. 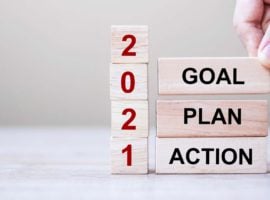 'Australia’s property markets dodge a bullet' have no comments