A key theme in this month’s release is that while the NSW economy continues to outperform, there is slowing in ‘momentum’ evident across Australia.

However, it is important to keep in mind that this mainly reflects a moderation in the annual growth rates of monthly indicators that strengthened significantly over the last half of 2015. 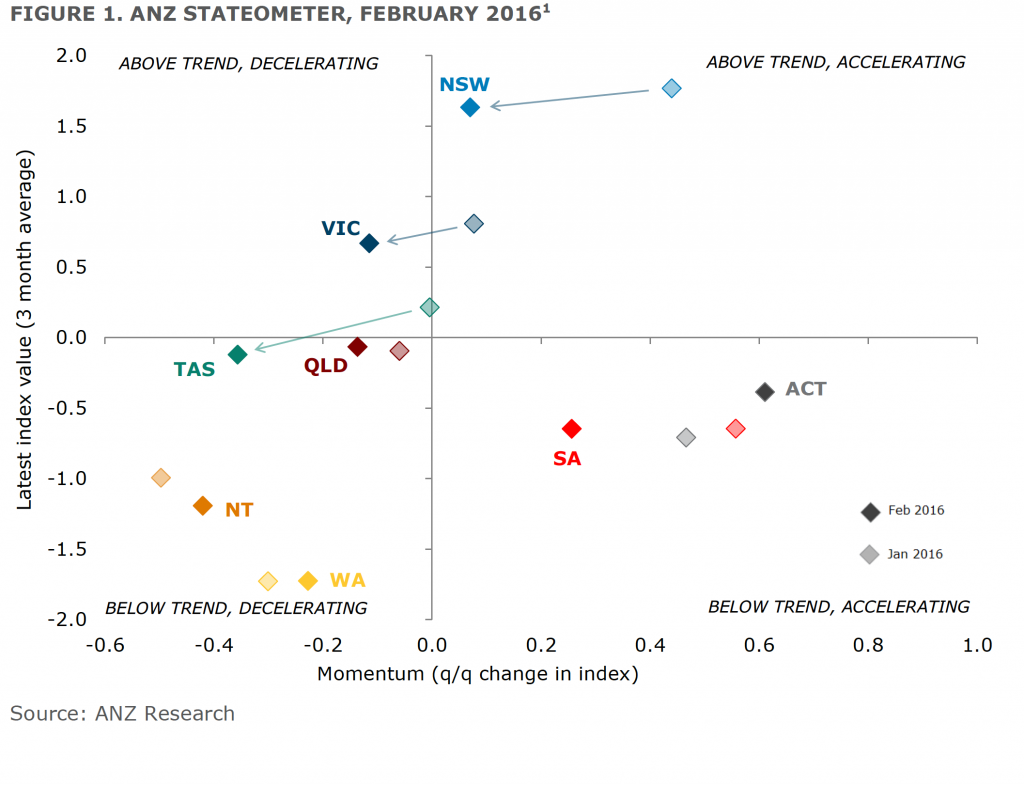 Economic growth remains either close to (Queensland and Tasmania) or well-above (NSW and Victoria) respective trend rates of growth across the east coast.

The index for the Australian Capital Territory has also moved closer toward trend.

Momentum has eased modestly in the three largest economies of NSW, Victoria and Queensland, but this follows a strong or improving second half of 2015.

The NSW and Victorian economies continue to expand at an above trend pace, and have been for some time.

This has gone some way to reduce spare capacity in these economies.

Growth may ease a little further in these states over time as property and related activity slows. 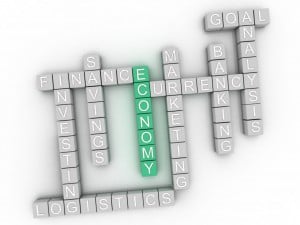 This is also a risk for Queensland where residential building activity has picked up sharply in the south east corner; encouragingly, however, the drag from falling mining investment in Queensland has eased significantly.

The Tasmanian economy appears to be taking a breather, with the moderation in monthly data broadly based, although early indicators for March have generally been favourable.

The modest improvement in the Stateometer for South Australia appears to have slowed or stalled.

Headwinds for the economy in parts of the manufacturing space could prove difficult to navigate for some time.

Resource-related weakness has spilled over into broader softness in, for example, housing activity and consumer spending. 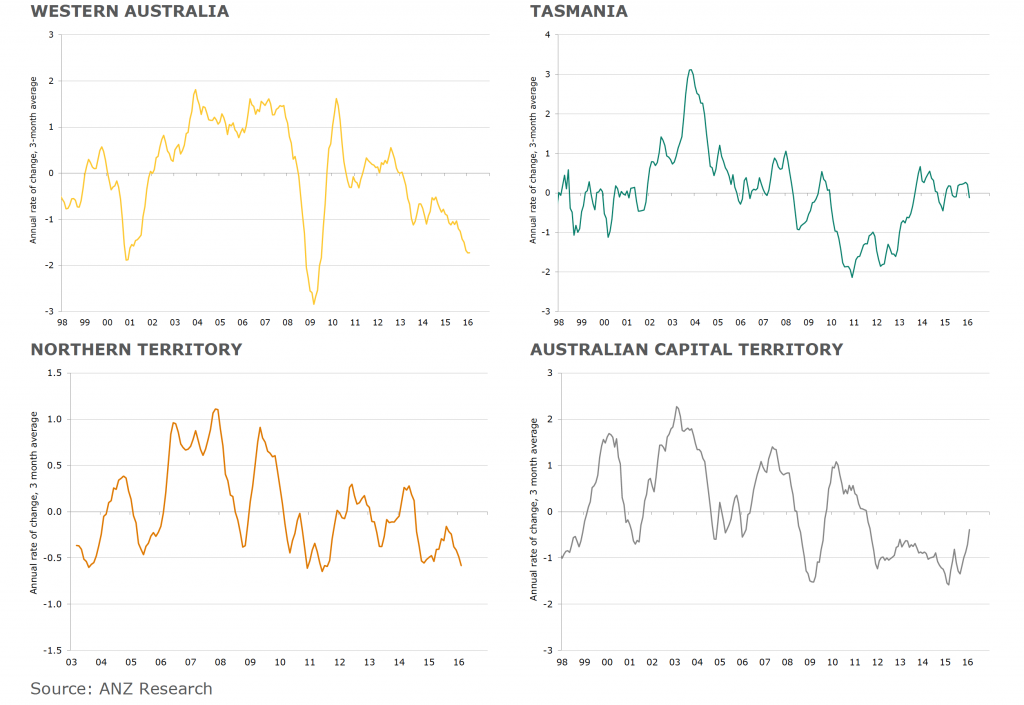 'Australia’s economic momentum eases, but the trend remains positive' have no comments