The media is rife with talk of a housing price bubble – particularly in Sydney.

Are these reports correct? In short, probably not.

Are we going to see media stories about people getting into trouble with home buying?

Before I explain, let’s look at the August statistics, which reveal interesting information about Sydney and Melbourne.

In Table 1 – August Statistics we provide the various growth numbers for each capital city and state.

The Melbourne market often seems more volatile than other markets. We suspect this is a function of the selling process, which is predominately auction driven.

The quarterly trend (See Graph 1 – Growth Trends) suggests this growth is probably a one off, and more moderate growth will occur in September.

Fortunately, growth in Sydney is slowing – but not as quickly as expected. Based on median household income, the affordability measure is now at historic highs.

It takes about 54 per cent of after tax income to make loan repayments on the median value home of $852,500; it takes close to 8 times the annual median income to buy the median Sydney home.These ratios are extraordinarily high based on historical data.

Historically, at these levels our markets would fall in value.

It is this high level of un-affordability that probably leads many to suggest that we are in a “housing bubble”.

However, something has changed:

The buyers in our markets. 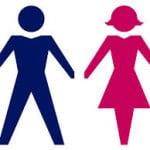 Our measure is likely no longer as valid as it once was, because the current buyers are no longer median income families.

Buyers of house and land are now second and third time housing buyers, with income levels which are much higher than the median income wage.

Median income families who are buying are now buying on the city fringes where housing prices are slightly more affordable.

At some point our population, particularly in Sydney and Melbourne, are going to recognise that Brisbane offers better opportunity and lifestyle for less.

As the Queensland government repairs its balance sheet, job opportunities will increase, followed by housing values.

Graph 1 shows the trends for the three areas. In each state the data indicates that we have passed the peak of growth in this cycle.

As we enter spring, the number of listings will increase and as a consequence, there should be lower levels of competition for available properties, which will lower growth rates.

In Table 2 – Predictions, we provided our anticipated growth rates for the cities over the next five and eight years.

The median value of properties in both Sydney and Melbourne are very high.

The data indicates when each of the cities will pass the $1 million median property value, and the number of suburbs that will have a median value over $2 million.

If we assume the predicted growth rate in Table 2 is right, then Sydney will breach the million dollar median value in three years.

However, the predictions are also indicating that growth rates are going to slow in the short term and then increase toward the end of the five year period.

Hence it is probably more correct to assume that by the first half of 2019 Sydney will have a median property value of $1 million. 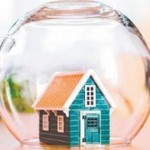 Melbourne is going to take much longer. Based on the predictions it is likely that Melbourne will have to wait until 2024 before reaching the million dollar median value.

It is equally clear that there are going to be large numbers of suburbs with a median above $2 million.

There are currently 277 suburbs with a median house value over $1 million, and 41 suburbs over $2 million. Of this group, Point Piper has the highest median value of $8.099 million.

By the end of 2019 it is estimated that there will be 91 suburbs with a median value in excess of $2 million. This represents about 9.5 percent of the city. The percentage of the city with median suburb value over $1 million will be approximately 43.25 per cent.

Now back to the “bubble”.

In many respects, this question is one of definition; what characterises a “bubble”? When do they occur?

In more general terms it is driven by greed and lack of careful thought by both lenders and borrowers. It is excessive bank lending which allows leverage and preparedness by borrowers to pay unreasonable prices for property.

Are we in this situation currently? 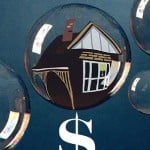 Nothing suggests we are.

Banks and financial intermediaries are becoming a little more aggressive in working to maintain market share, however their risk management policies are acceptable.

The driving force behind the growth in values seems to be existing home owners who have reasonable levels of income and assets to support their property purchases which are likely investments.

In this situation the lenders can be more aggressive due to the capacity of borrowers to meet their obligations.

Will interest rate increases cause these people problems?

Probably only to a limited extent, due to the tax deductibility of interest; An interest rate increase of say 1 per cent for the average investor will impact on their cash flow much less than a home buyer as a 1 per cent increase for those on the marginal tax rate is around 0.5 per cent. 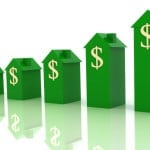 Will there be people who are going to get into trouble as a consequence of the current high house price growth cycle and the low interest rates? Yes, there are always people who over leverage and have changes in personal circumstance which cause issues.

Currently it is important to recognise that house price growth is slowing. It is easy to overpay for a property at this point in time, and over payment will not be covered by increasing property values over the balance of this growth cycle.

My word of warning, to those who are tempted to stretch themselves by borrowing more than they can afford is: don’t.

This is not the time to do that.

Buy a lower cost investment property and avoid the stress.

Looking forward, we need to expect rates of growth to slow and by the end of the year to see little growth.

In 2015 we should expect the market to be stable but again exhibiting little growth and basically consolidating.

For those who are yet to get established or buy their first, or another investment property, there is no rush as there will be good opportunity in 2015 once the market moves into a consolidation phase.